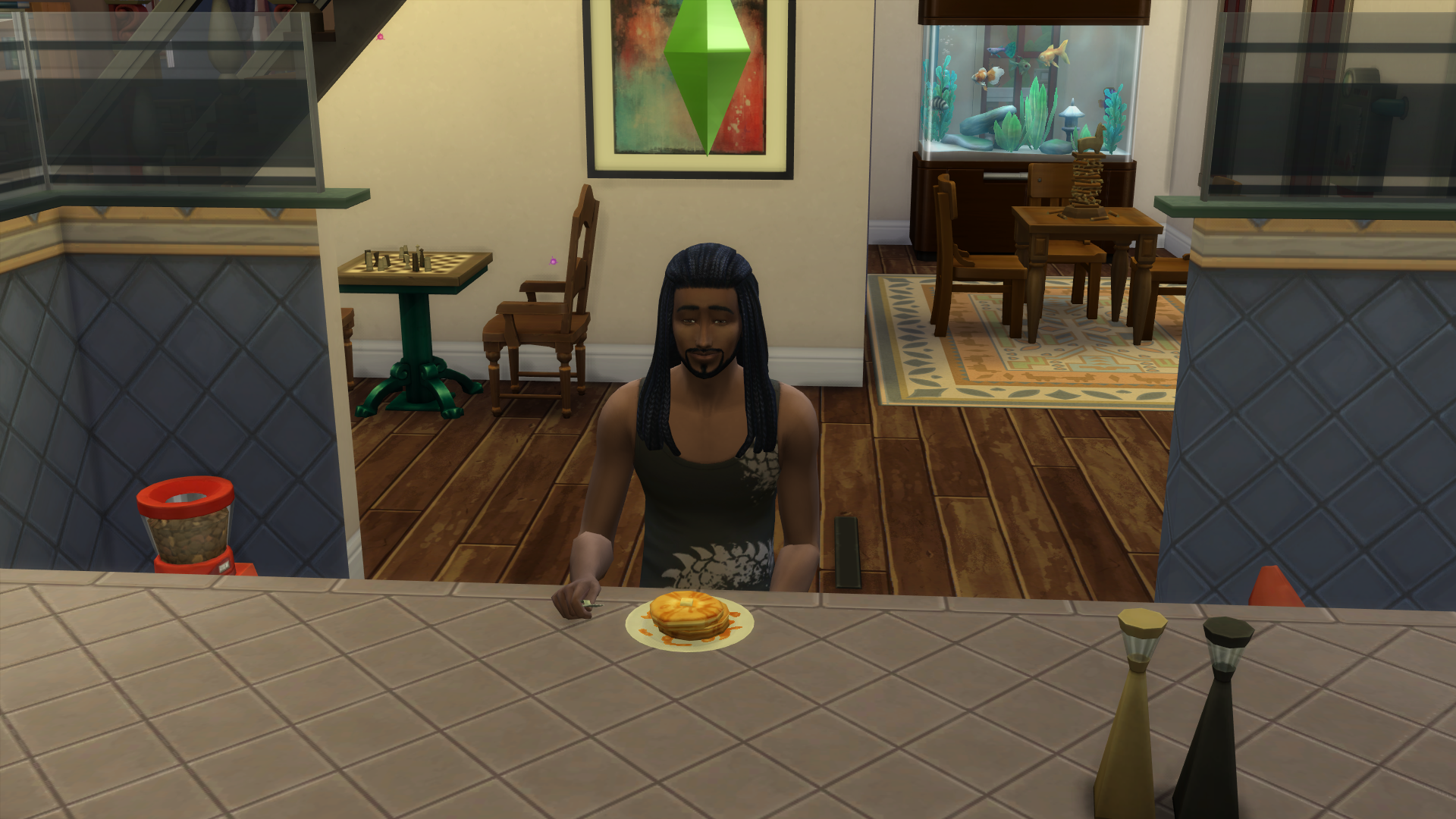 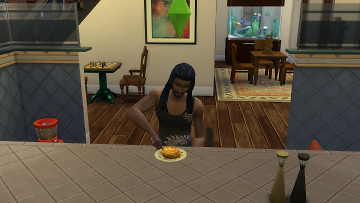 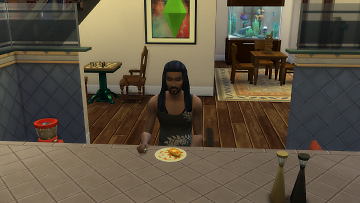 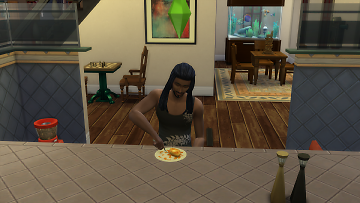 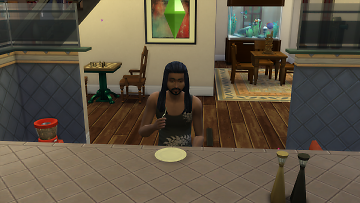 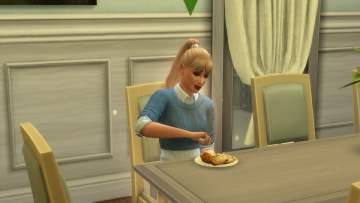 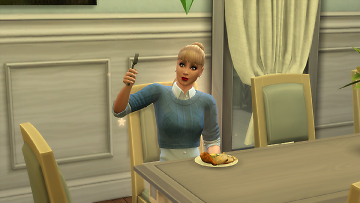 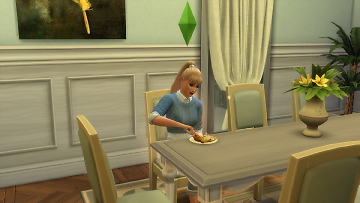 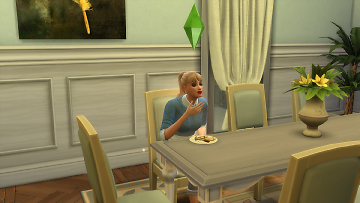 1,136 Thanks  Thanks     394 Favourited
UPDATE
Tested with patch 1.62.67.1020. Works fine. No problems found, When I first checked it, "Prefer to eat at Tables" was not working as well, but I have updated it and game tested it. It should be fine now. Due to some players not being able to unzip files, I am trying to upload unzipped package files but am experiencing some problems. I am working on it. Thank you for your patience.

Description
This is a simple tuning mod in package form. Sims will eat and drink much, much faster with this mod. These actions look "normal" in the game; the food and drink don't just disappear in the blink of an eye. They still do all normal motions, they just do them without waiting around (looking at the ceiling and humming to themselves, etc.) in between bites and sips.While socializing they will still take time to converse and therefore take longer to complete a dish or drink than they would if they were alone. But since they spend less idle time, the entire task is still faster overall. And when alone, they will finish in a much faster, more realistic way.

I created this mod because I wanted one so badly and a current, working one did not exist. So I taught myself how to understand the tuning files and studied the work of modders who came before me. Thanks to all of them for paving the way. I have also created mods for Sims to wash hands faster and hack faster. I will be uploading them separately.

Compatibility
This mod is compatible with the Base Game and All Packs.

Tuning/Override Mod
This is a Tuning Mod that alters (or overrides) the values in the game default xml files listed below. The values I altered define the length of time it will take for these actions. Details of the changes to the files can be seen here:
For active eating and active drinking (see files listed below), the 'Lockout Time' 'upper bound' and 'lower bound' values were changed from the EA default of "1" to "0". The real problem with the interaction was the passive time spent in between bites and sips. For passive drinking I changed the 'Lockout Time' from "10" to "1". For passive eating I changed the 'Lockout Time' 'upper bound' and 'lower bound' values from The EA Default of "1" to "0". Also for passive eating I changed the 'Lockout Time Initial' from "enabled" to "disabled".
Optional Download
As a second choice, you may download a version which combines this mod and the code from a mod created by @mental-hygiene found here: Prefer to eat at Tables. Currently, both cannot be used together as they would conflict, since they use the same files. But I have gotten permission from @mental-hygiene to add their code to my mod and upload it here. Please choose ONLY ONE of the files to use. DO NOT INSTALL BOTH.
The mod created by @mental-hygiene does not override any EA original coding; it simply adds a string of values that cause Sims to prefer surfaces in a particular order, using a priority system.

NOTE: Just because this mode overrides EA's default values, that does not make it an override mod in the sense that it goes into a special override folder. It is a package mod which needs only to be placed in the same folder where you keep other .package mods.

Conflicts
This mod would very likely conflict with any other mods which also alter the same xml files listed below.

Credits:
The last working version of a mod which did what mine does was created by CycleLegs, found here http://modthesims.info/download.php?t=604352 . His version is not working and there were many requests for it to be updated. I didn't use his files; I just studied them and his changes and read what was said in his mod thread. Then I found the original game files, worked to understand what was needed to accomplish my goal, and implemented what I thought would work in the current version of the game. So credit goes to CycleLegs for guiding me even though he didn't know he did. :-)
Additional Credits:
The Sims 4 Studio
Notepad++

Need more information?
Back to download view
77 Comments / Replies (Who?)