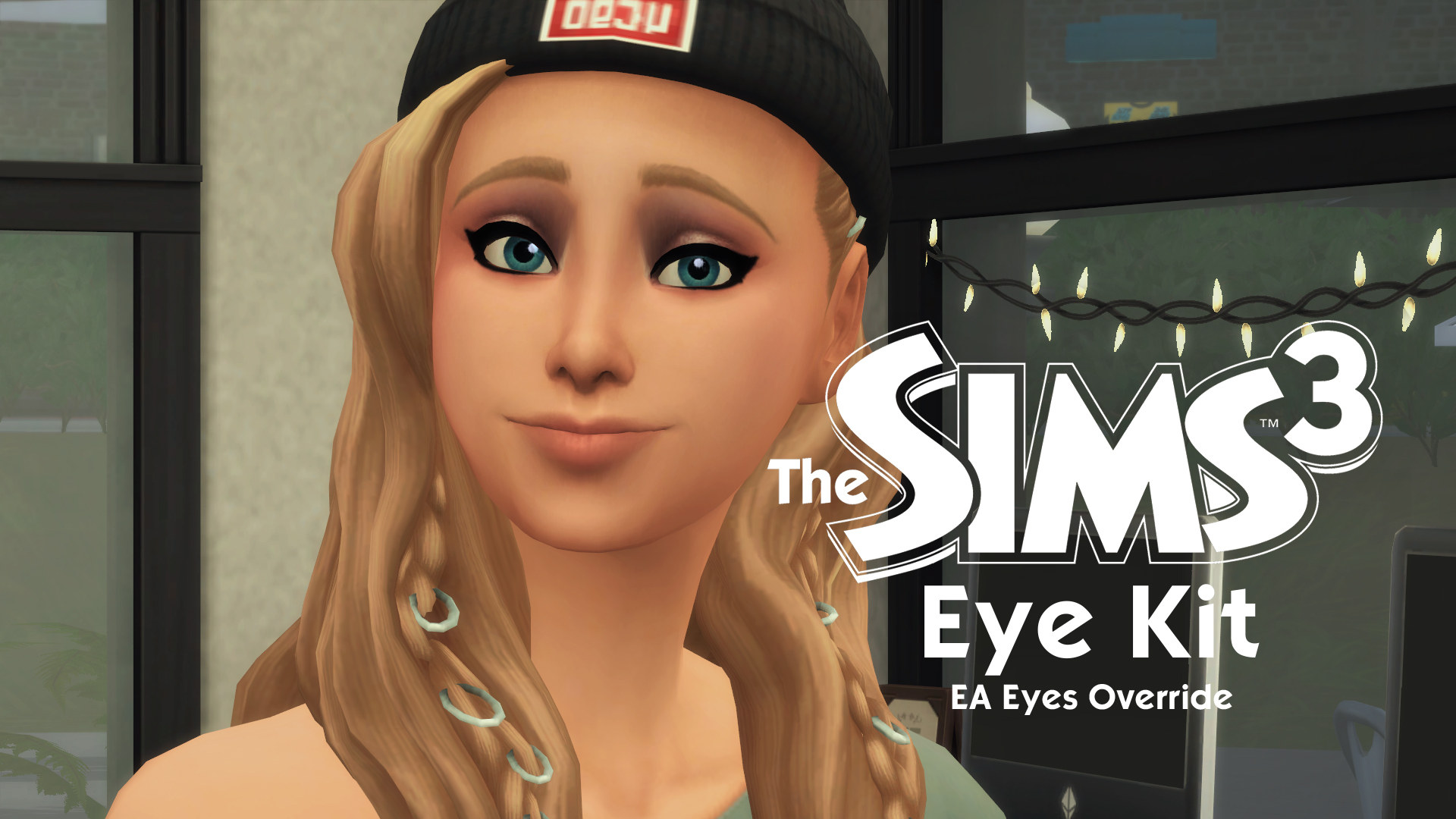 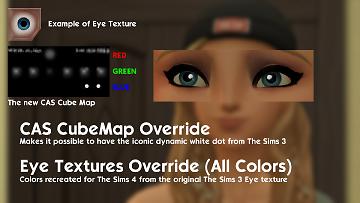 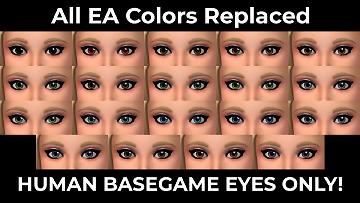 This default replacement will bring The Sims 3 eyes into The Sims 4! I have used the knowledge i posted here to create a custom CAS Cube map that will replace the sharp reflection type layer into the white dot that is present in The Sims 3 eyes. Result in game:

As you can see, the white dot is dynamically moving around, separated from the actual eye texture. I think it's a nice little detail that adds realism to the overall look of a sim.

I did not change the thumbnails to keep the original EA ones. You will only get the little wrench icon that tells you something is CC.
THE CUBE MAP REPLACEMENT WILL AFFECT CLOTHES AS WELL: There is not many clothes with a sharp type of reflection, but those that have it, will recieve the dot as well. It mostly blends in nicely and looks ok thanks to normal maps, but it is an effect that deserves to be mentioned.

Welcome to my ModTheSims profile! Thanks for downloading my mods. If you would like to support my content and helping me with uni and stuff, you can do so @ https://www.patreon.com/littledica