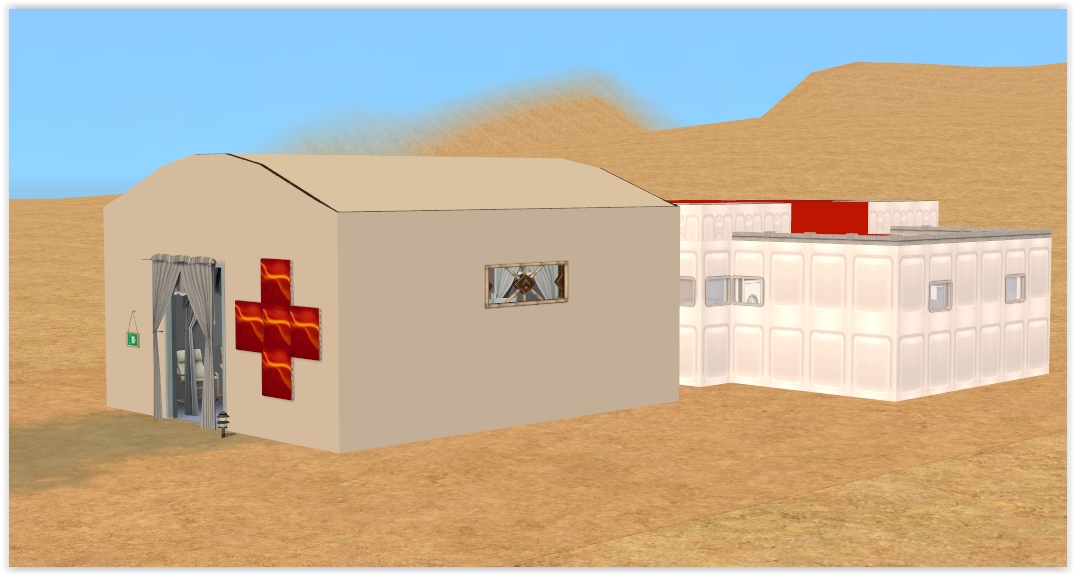 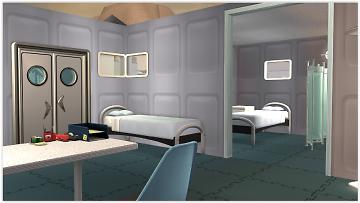 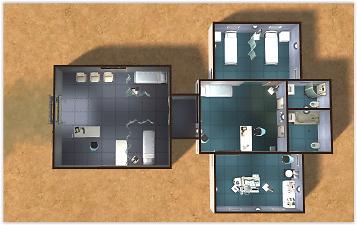 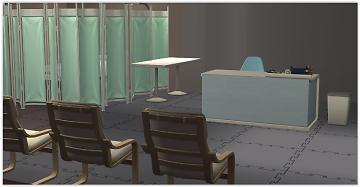 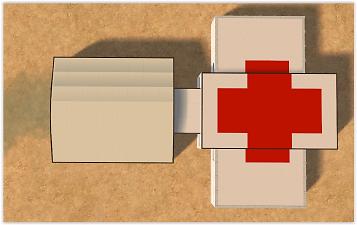 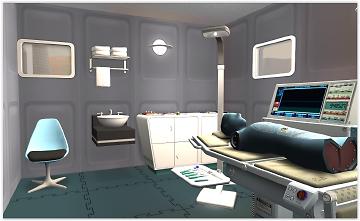 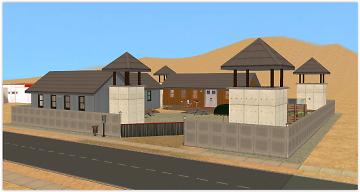 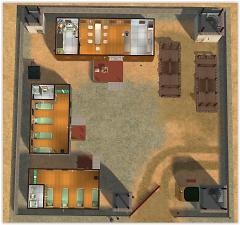 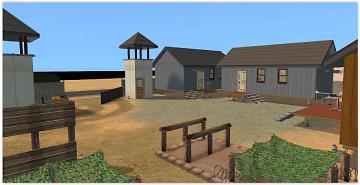 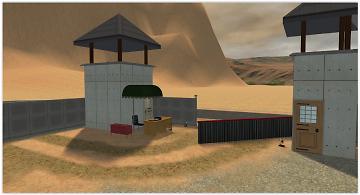 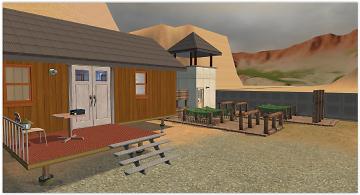 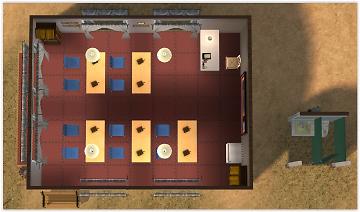 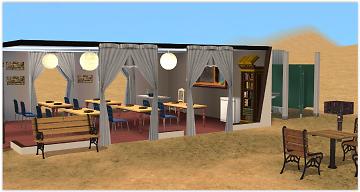 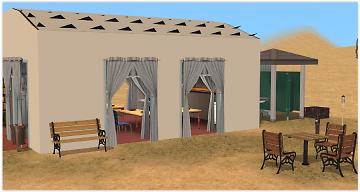 836 Downloads 82 Thanks  Thanks 29 Favourited 7,832 Views
Created by aelflaed
View Policy / About Me View all Downloads
Uploaded: 25th Apr 2019 at 10:57 PM
Apocalypse Community Starters - CC-Free.
by Aelflaed

Many years ago now, I played Pinstar's Apocalypse Challenge. The idea is that almost everything in the game – objects, interactions, everything! - is restricted in the beginning, and certain of those rules are lifted as each sim tops a different career. It was hard and time-consuming, but I figured out (or read about) a lot of tips and workarounds, and managed it. I still like the worn-down look, and playing to strict restrictions taught me a lot about the limitations of the game, and how to keep my sims functioning with almost nothing.

Recently, I have been intrigued by Phaenoh's realistic Tiered variant, and in the end, decided to build some starter lots for it. Phaenoh aimed for a challenge which is more about being true to the story than just working through barely-possible game restrictions, although those are still there too!

Phaenoh's version requires community lots, where sims have to 'apply' for their careers, and where the restrictions for that career are relaxed temporarily. The idea is that your neighbourhood will be gradually built up, from a wasteland to a functioning town, as the restrictions are lifted. The challenge also divides the careers into three tiers. All of the careers for Tier 1 have to be lifted before you can start on Tier 2. Lots are allowed to flout restrictions for the career/s they represent. As careers are lifted, lots should be built or upgraded to fit the more relaxed rules.

Phaenoh provided some beginning lots herself, and linked suitable ones made by others, in her information thread. There are many great lots there already.

However, most apocalypse lots rely very heavily on custom content to get 'the look'. I wanted to see what could be done with EA content. Many published lots are also very large. I prefer smaller lots, so I can see what is happening and my computer is happier.

I also feel that not every lot has to be grungy – assuming the disaster is local rather than universal, aid organizations would send in support, including shelters and equipment, and those things would be in good working order, even if the survivors themselves were living in abandoned factories and bombed-out shacks.

The Tier 1 careers are Military, Culinary and Medical, getting basic survival underway first. I looked at images of refugee camps, food banks, and military outposts for ideas.

Created with all EPs and SPs except the holiday packs, using Numenor's AnyGameStarter.

Copies of each lot have been playtested by my apocalypse sims.

Should fit restrictions for the appropriate level, although liberties have been taken with such things as decorative objects – building to the spirit of the law rather than the letter of the law.

And finally, the actual lots!

First Aid Station
This is modelled on a real 'Fast Response Unit' which I found on the internet. It consists of an expanding medical/surgical container, and a self-inflating tent, joined by a short tunnel. This setup can be transported to disaster zones by semi-trailer or air freight. The tent has a reception area and a couple of stretchers for initial appraisal as patients come in. The real work happens in the container, where there is an operating theatre and a small ward. The central space includes a nurse's station and two bathrooms, one equipped with a radiation shower, the other with a bath.

Sims in the Medical career will come here to sign up for disaster relief, and they (and their families) will be able to train on the career reward while visiting.

Plumbing comes under the Medical career, but no food is provided on this lot, due to Culinary restrictions. The unit provides its own power for lights. (The real version comes with a generator and medical gas).

2x2 lot, so there is room to build a real clinic once your town begins to recover.

Military Post and Food Relief Centre
Quick to get people on the ground, the armed forces have set up a small base from which to co-ordinate disaster services. This lot combines the Military and Culinary career outlines. There are two barracks huts (built up off the contaminated soil, the same as private houses), watchtowers (just in case, although there are no zombies in MY apocalypse), and the mess hall which doubles as the local Food Relief Centre. There is a training ground to put the recruits through their paces, and a kennel for the guard dog.

Sims looking to volunteer should see the duty sergeant at the gate. There is also a duty post outside the mess hall, checking paperwork for food handouts to keep everything fair.

There are two small bathrooms. Although Medical restrictions are probably in place, and the general populace has little access to fresh water, the military has external resources to keep its people clean and functional.

Tent School
Education is a Tier 2 career, so strictly speaking, not a starter lot for the challenge. However, refugees and disaster victims include children, and continuing to give them some education is both a useful occupation and part of the recovery process for the community. Tent schools can fill this need, where proper buildings may not be available.

There is one classroom, with basic furniture and books provided by a charity. There is an outhouse at the back and a simple snack area outside. Non-electric lights are provided.

Being a Tier 2 building, the school could be built without restrictions from Tier 1 careers – but there seemed no point in adding showers or kitchen facilities to a tent school. I want to unlock Education early, so the school needs to be a basic setup, fitting in with my Tier 1 lots.

2x2 lot. It can be replaced by a real building as your town grows.

Beyond these four careers, I see a need for permanent buildings in the neighbourhood. No more tents! If you unlock Education later in Tier 2, you may want a real school as well – but that's another story.

Note 1 – because of the CFE used in building the tent roofs, the school and first aid station may have a jagged visual around the roof area. This doesn't affect play. I find it can be temporarily fixed by taking the wall view up and down, sometimes takes a bit of messing about to work. (I have tried to save the lots without that glitch, but the school seems particularly obstinate.)

Note 2 – each lot has been provided with one pool tile, to enable water-shading mods. I tried to put them out of the way, but if you don't need them and they bother you, just delete them.

I use a number of defaults and neighbourhood deco which you may see in screenshots. None of this is included with the lots.

Thanks
Thanks to Pinstar, Phaenoh and the many others who have updated and redesigned the Apocalypse Challenge over the years.

Thanks to Sophie-David and others, for making career rewards and game accessories buyable. Useful for decorating lots!