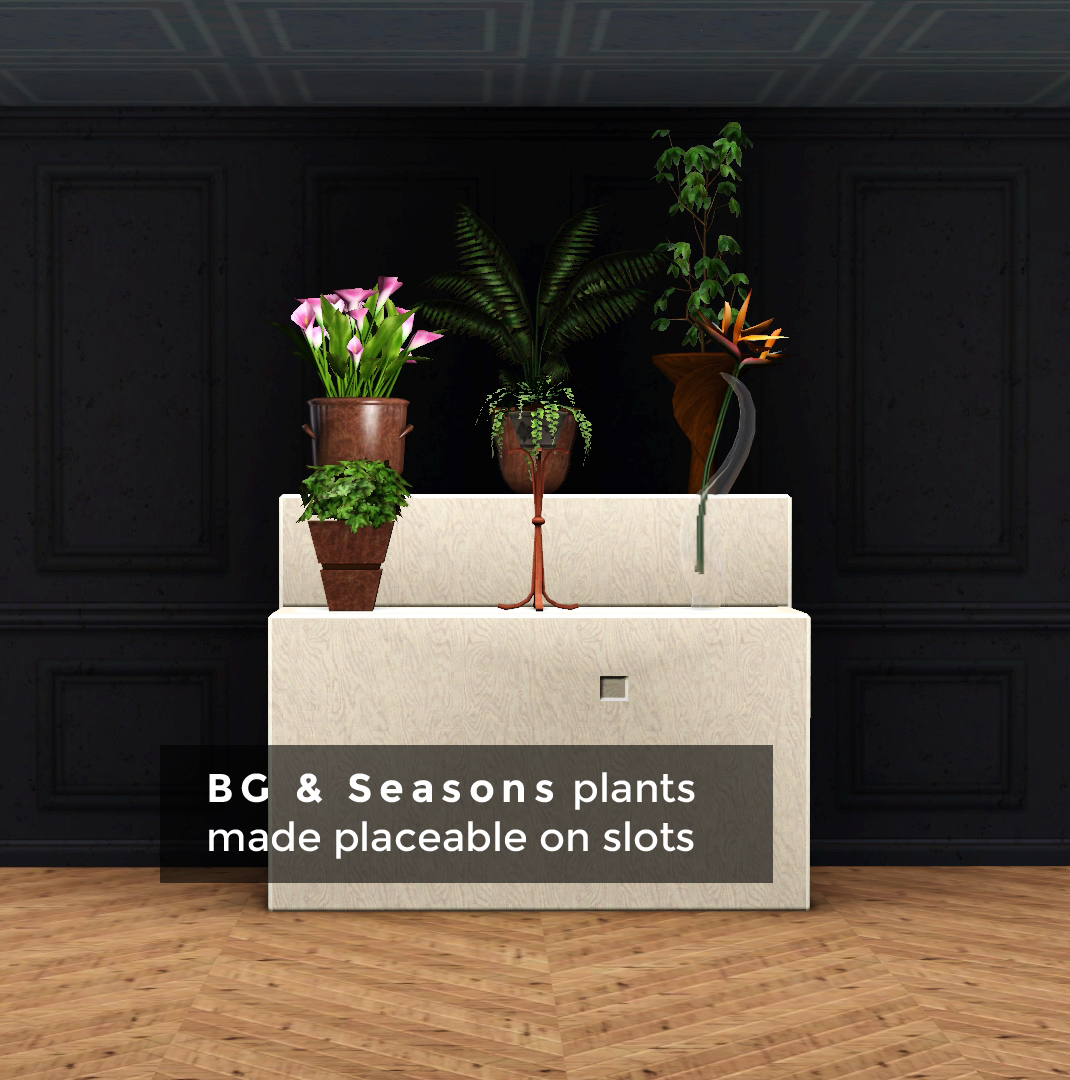 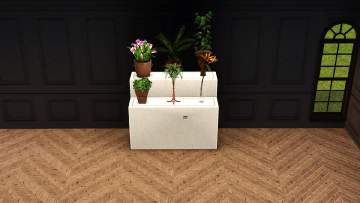 165 Thanks  Thanks     23 Favourited
This is a Default Replacement for four Base Game and two Seasons deco plants & flowers that enables them to be placed on any items with slots, such as tables, shelves, displays, pedestals, etc. Even though most of them are small-ish, you could only place them on the floor by defaulft. This mod changes that. I got sick of having to stick the glass vase flower on an omsp every time and after I edited that I went ahead and gave the same treatment to several other plants that made no sense to me.

There are a total of 6 plants:

There are 2 files in the download - called "Separate" and "Merged" accordingly. The merged one has all 6 plants in one package. With the other one you can pick and choose what you want, they're all labeled with names and expansion pack.

This won't add the Seasons plants to your game if you don't have the EP installed. It will do nothing without the corresponding object already there.

Conflicts:
This is an override that changes the OBJD and FTPT resources and will conflict with anything that also alters those same resources.

Made with patch version 1.67