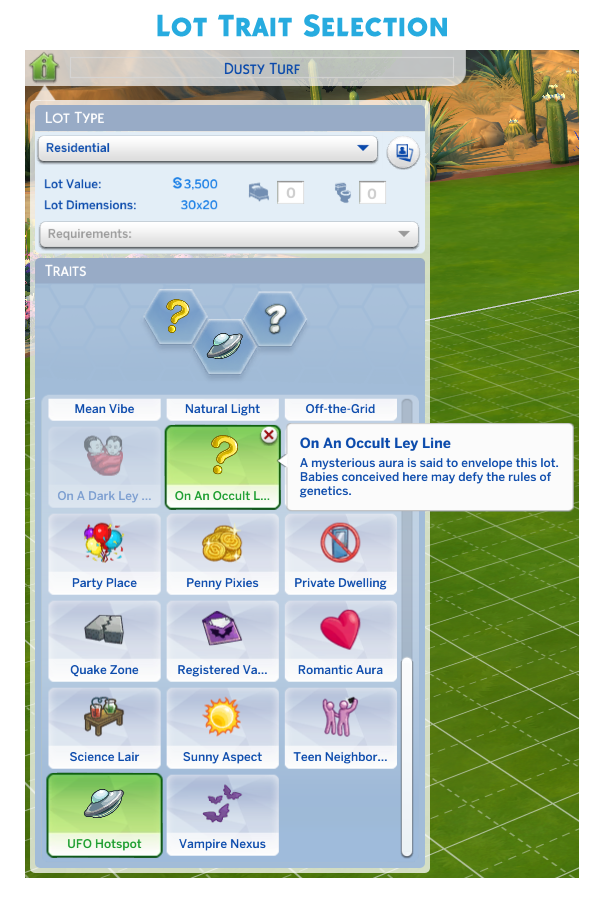 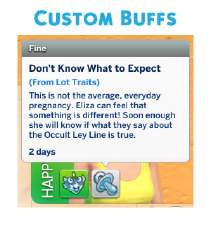 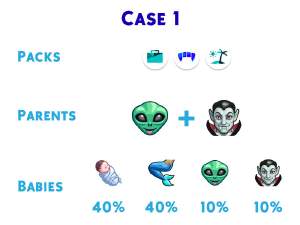 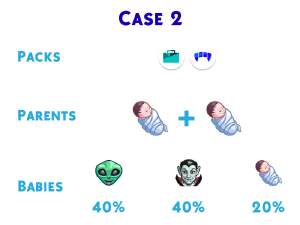 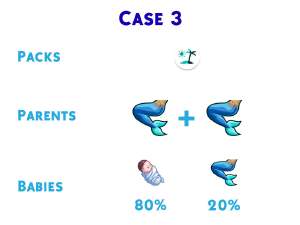 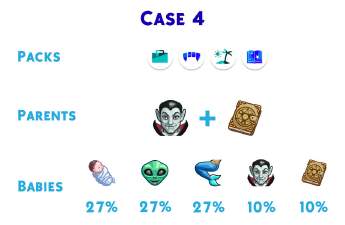 2019.9.11. Corrected bug that would sometimes cause the new inheritance rules to be ignored.

This mod contains the "On an Occult Ley Line" Lot Trait, which works similarly to the "On a Dark Ley Line" Lot Trait included in Vampires. With this Lot Trait in place, Sims will have a chance to conceive a baby that doesn't match their Occult type. For instance, two humans can end up with a Mermaid baby. Or an Alien and a Vampire can result in a Spellcaster. This should diversify your Occult bloodlines.

The actual chances depend on the packs that you have installed, but it follows the rule of 20% chance to inherit the occult from either parent and 80% chance to inherit another random occult. Check some of the example cases below to have a clearer idea of how the inheritance in these lots works.

These are just a few examples. The script will calculate all the possible combinations and generate the appropriate inheritance rules.

Also, when Sims "Try for Baby" on this kind of lots, they will get a custom moodlet. This moodlet is purely informative. It provides no mood boost and lasts 2 days. See image in attachments.

This Lot Trait was made and tested with game version 1.55 and it already supports the Spellcaster life state. It is not guaranteed to work on previous game versions.

Although it is technically base game compatible, for it to be actually useful, at least ONE pack that introduces an occult is required (Get to Work, Vampires, Island Living, or Realm of Magic).

It will conflict with any mod that overrides the following two resources. These were overriden to establish a conflict between this Lot Trait and the one from Vampires. It didn't make sense for both to work at the same time.

At the moment only the Occult types defined by EA are supported (i.e., Aliens, Vampires, Mermaids, and Spellcasters). According to the game's code, Ghosts, Skeletons, and PlantSims are not actual occults so they are not taken into account.