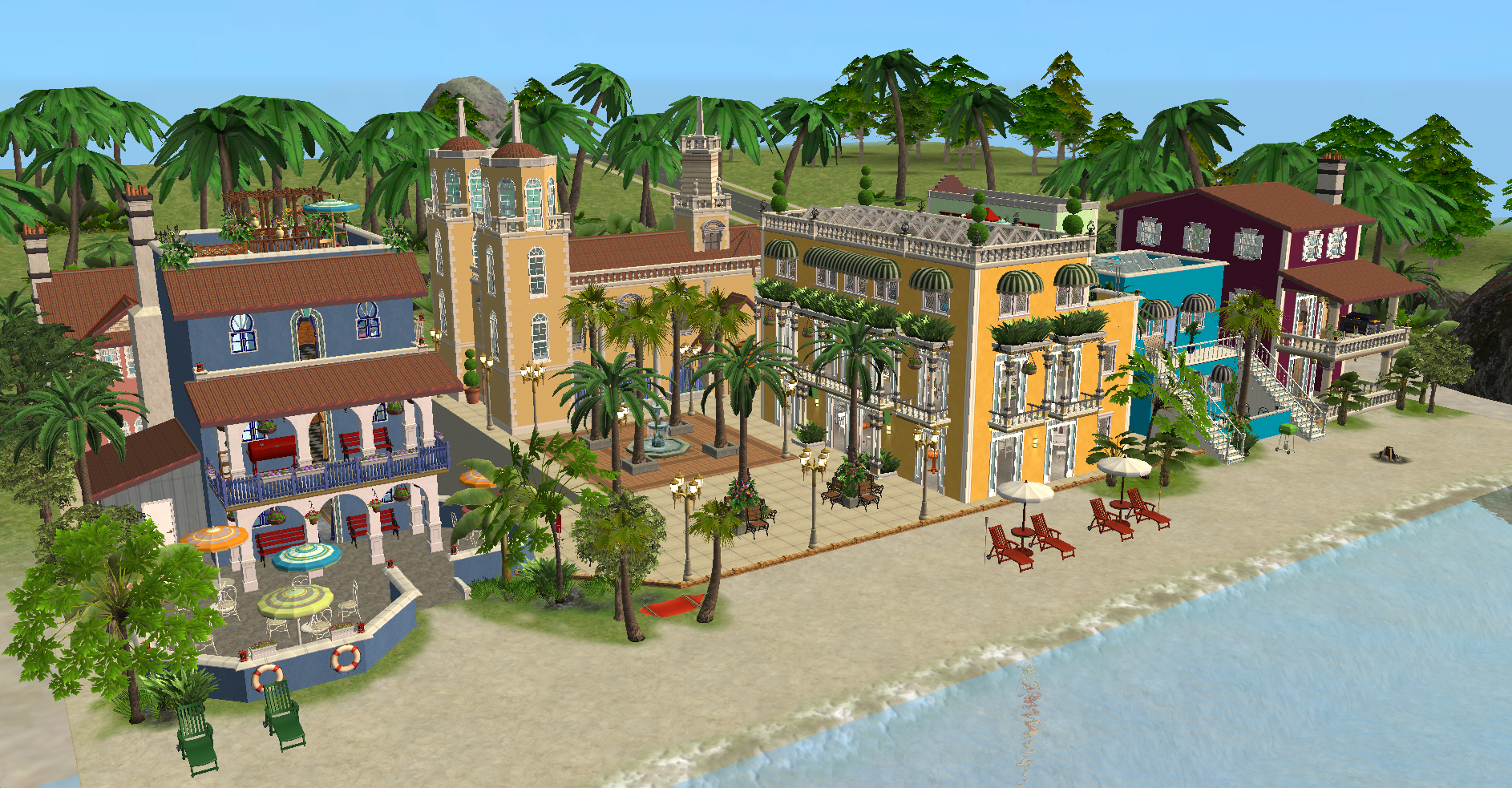 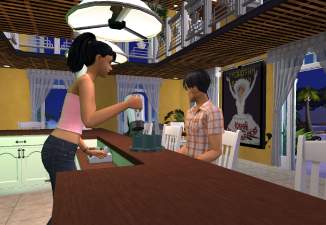 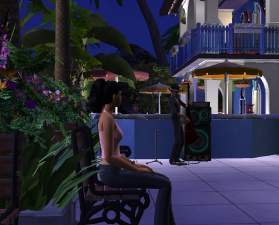 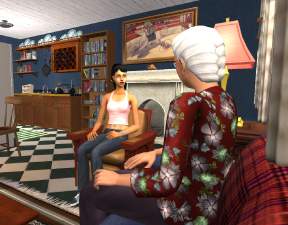 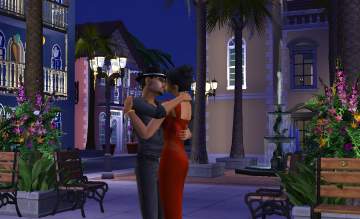 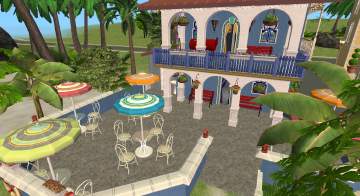 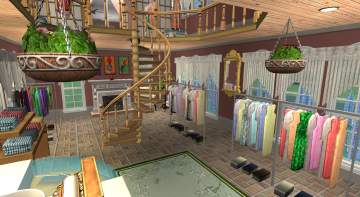 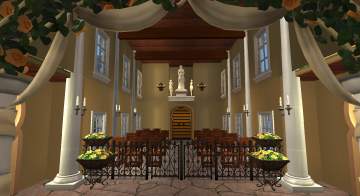 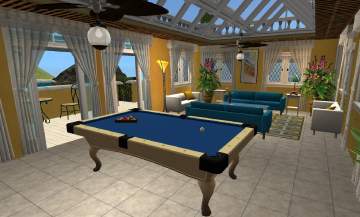 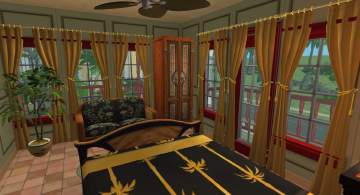 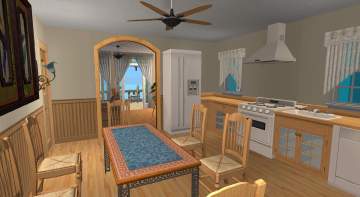 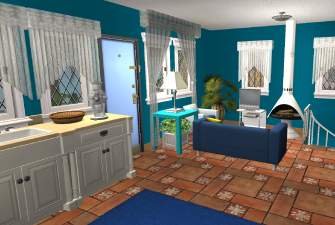 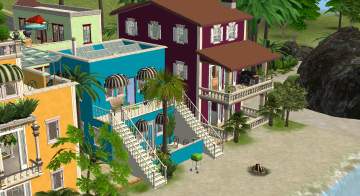 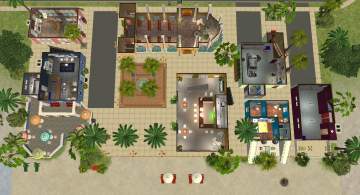 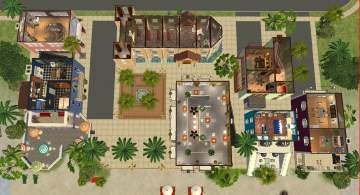 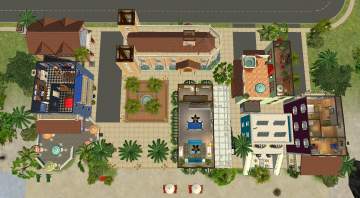 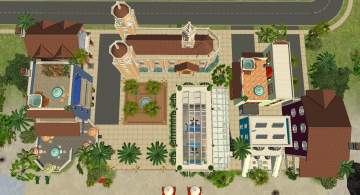 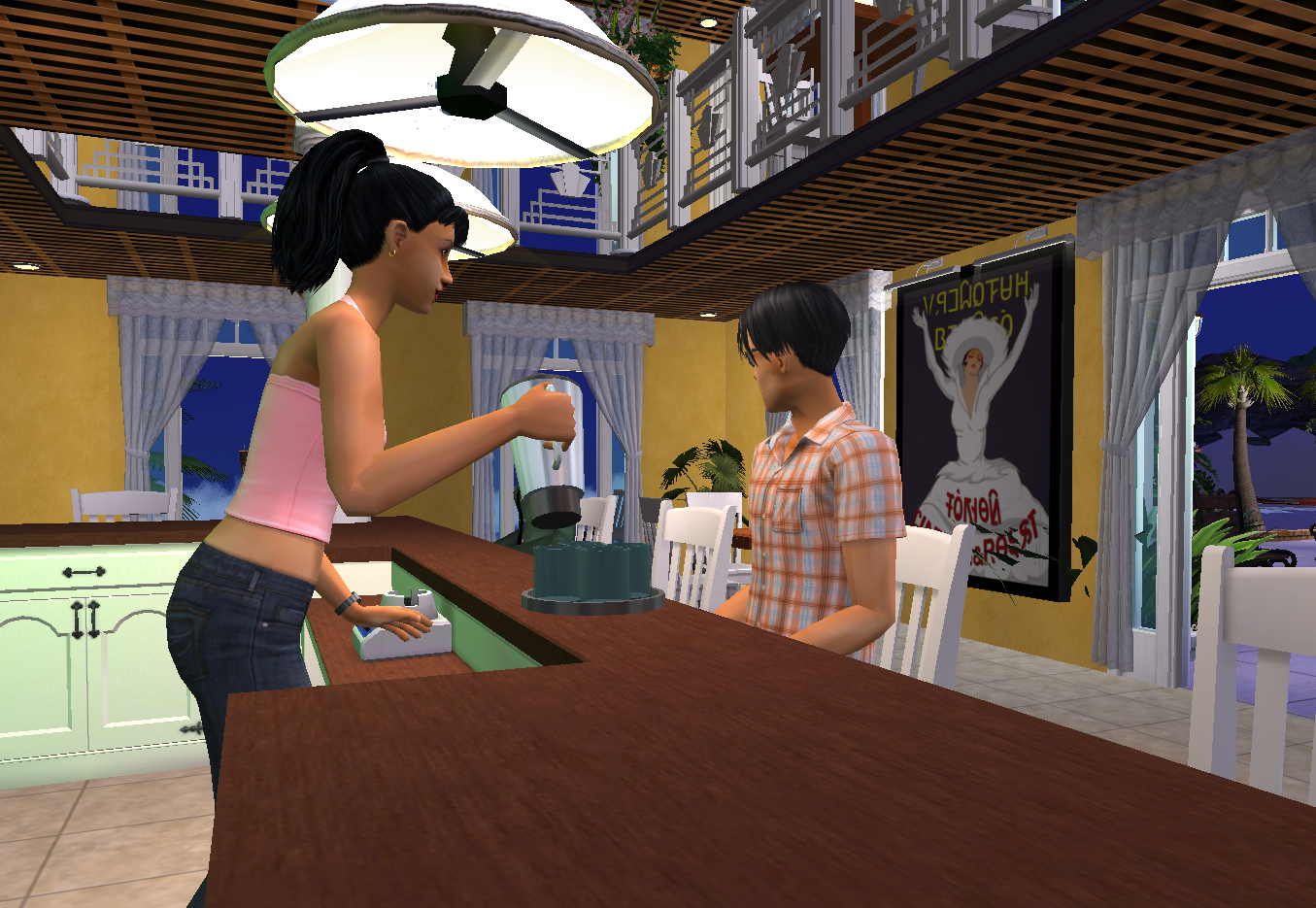 The breeze off the ocean was salty and still warm even at closing hour. The sounds of the Caribbean surf crashing on the sand echoed through the always-open arches of the beachfront bar, and inside, a young woman was wishing it was last call so she could close up and go home.

Maria had moved from the mainland back to the island only months ago, and once the romance of the tropical scenery wore off, she constantly found herself dreaming of the constant life of the city, so lacking in this oceanside tourist town. The scenery was nice enough, and the historic district was filled with cute shops and cafes, but her all friends were still on the mainland, so she had no one to see and nothing to do after work but go spend time with her abuela. To make matters worse, Eduardo was back. He had been her next-door neighbor growing up, and was a nice kid, but clearly now he wanted more than just friendship, and Maria wasn't sure if she would ever feel the same way. He'd been in almost every night for the last two weeks, clearly always hoping to walk her home after her shift, and Maria was sure tonight would be no different.

Sure enough, once the last patron had finished his margarita and staggered off to try to find a taxi, Eduardo was still waiting outside. "¡Maria! ¿Has terminado por esta noche? ¿Quieres caminar conmigo?" Maria sighed. "No Eduardo, gracias. No esta noche." Eduardo's shoulders slumped, and he walked past the plaza fountain and towards the main road alone. Maria sighed again... she couldn't bring herself to be too cruel to him, but the boy had nothing of adventure in him, and she wanted a life of more excitement than he would ever be able to offer. Wanting to wait a few minutes to make sure she didn't accidentally catch up with him, she walked towards the playa to watch the moonlight playing on the waves. 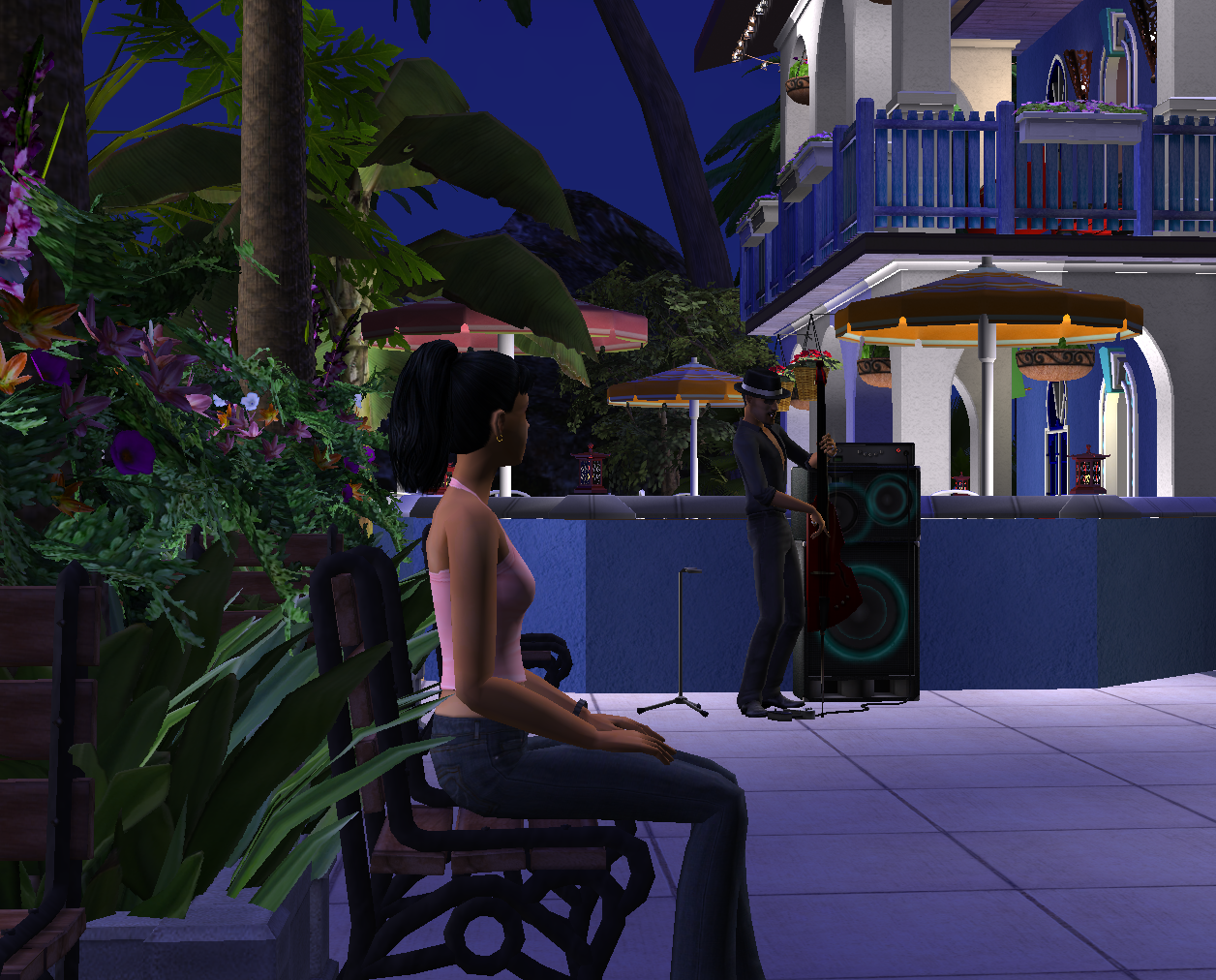 Maria sat on a bench under one of the palms and breathed in the heady scent of the tropical flowers that grew everywhere here. Between the splashing of the plaza fountain and the rhythmic pounding of the surf, it took her a moment to notice the music also drifting on the tropical air. A moment later though, she heard a sultry, romantic melody carried on the wind, and looked around for where it could be coming from.

There he was. Across the street, a dark and mysterious man stood playing music to the empty street. Maria found herself entranced by him. She sat there in a daze listening to him play for what seemed like hours, until before she knew what was happening, he packed up his case and disappeared. She stepped forward suddenly, crying out "Wait!" but it was no use... the man had vanished into the steamy tropical night. 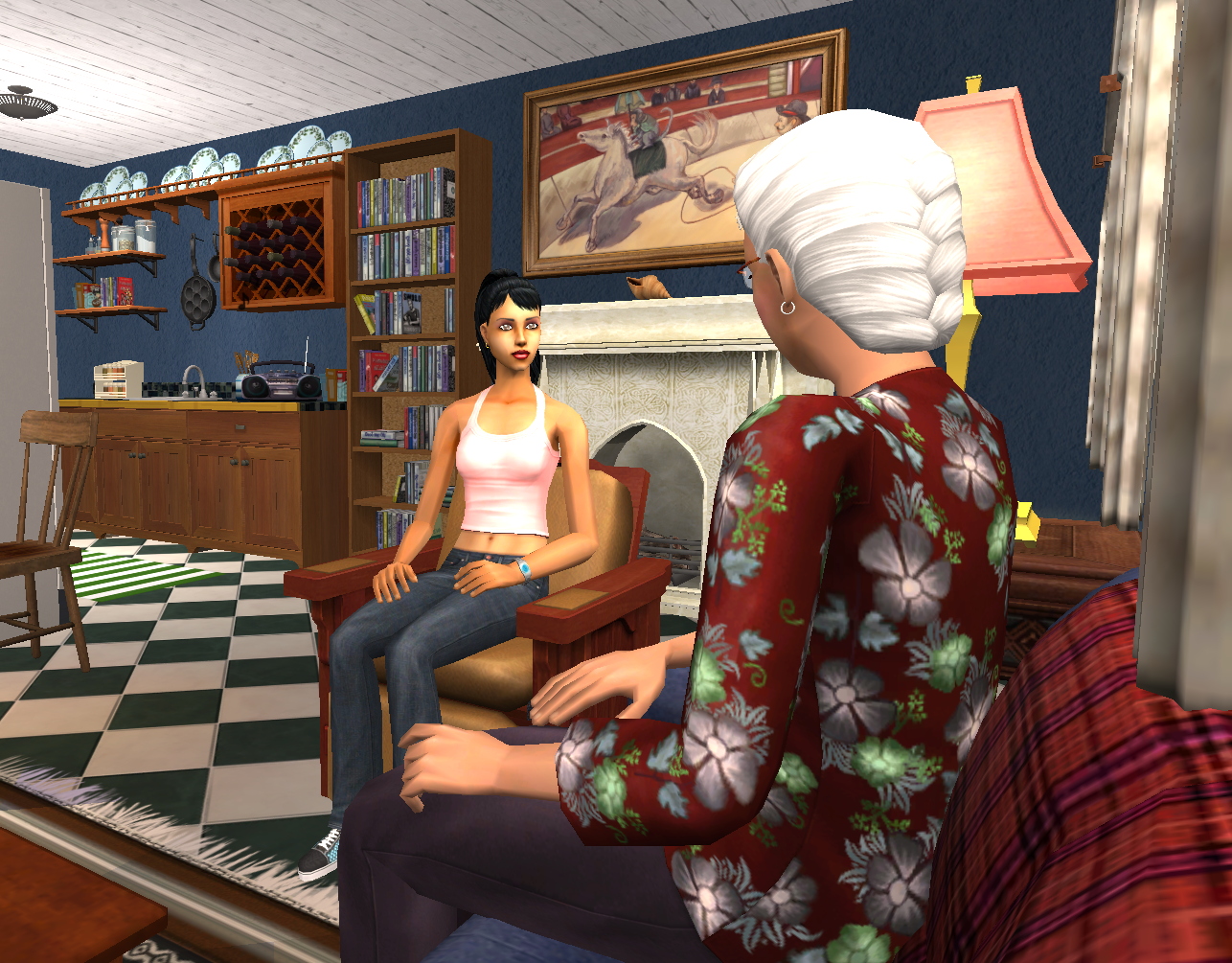 Maria made here way home through the hot empty streets of the town, her mind still lost in the music and the man who had played it. Her dreams that night were filled with images of him, and when she woke in the morning, the music he had played still echoed in her head. She wasn't sure what to do about it though, not knowing where he was or even his name. Her head still in a fog, she stepped out into the sweltering Caribbean sun, and headed through the bustling streets. Her abuela had a small apartment over one of the tourist's tiki bars near the plaza, and Maria often stopped there to have coffee with her before work. Climbing the salt-crusted stairs to the apartment today, she found herself praying that her abuela would know what to do.

Opening the door, she smelled the usual aromas of her abuela's cooking, mixed with the stale, burnt coffee smells penetrating up from the floor below. "Abuela, ¿donde estas?" asked Maria. Her abuela peeked her graying head out of the bedroom and cried out "¡Ah, Maria! ¡Buenos dias niña! ¿Como estas? ¡Ven, sientate!" Maria sat on the armchair and waited impatiently as her abuela seated herself in her usual place on the couch, and then instantly launched into the whole story of the night before.

"And abuela, I can't help it, I can't stop thinking about him! I know I'm foolish, but oh abuela, what should I do?" Her abuela had listened patiently through the whole story, and stared into her granddaughters face for a moment before answering. "Niña, I was once a girl like you, back before I met your papa, I too wanted romance y aventura... I eventually married your papa and settled down, but la vida es importante... Niña, you must follow your heart."

Maria stepped out the door of her abuela's apartment and smelled the breeze coming off the ocean. Her head was filled with dreams of finding the mysterious stranger once more, and the two of them sharing a passionate kiss on the beach some hot Caribbean night? She just had to find him. 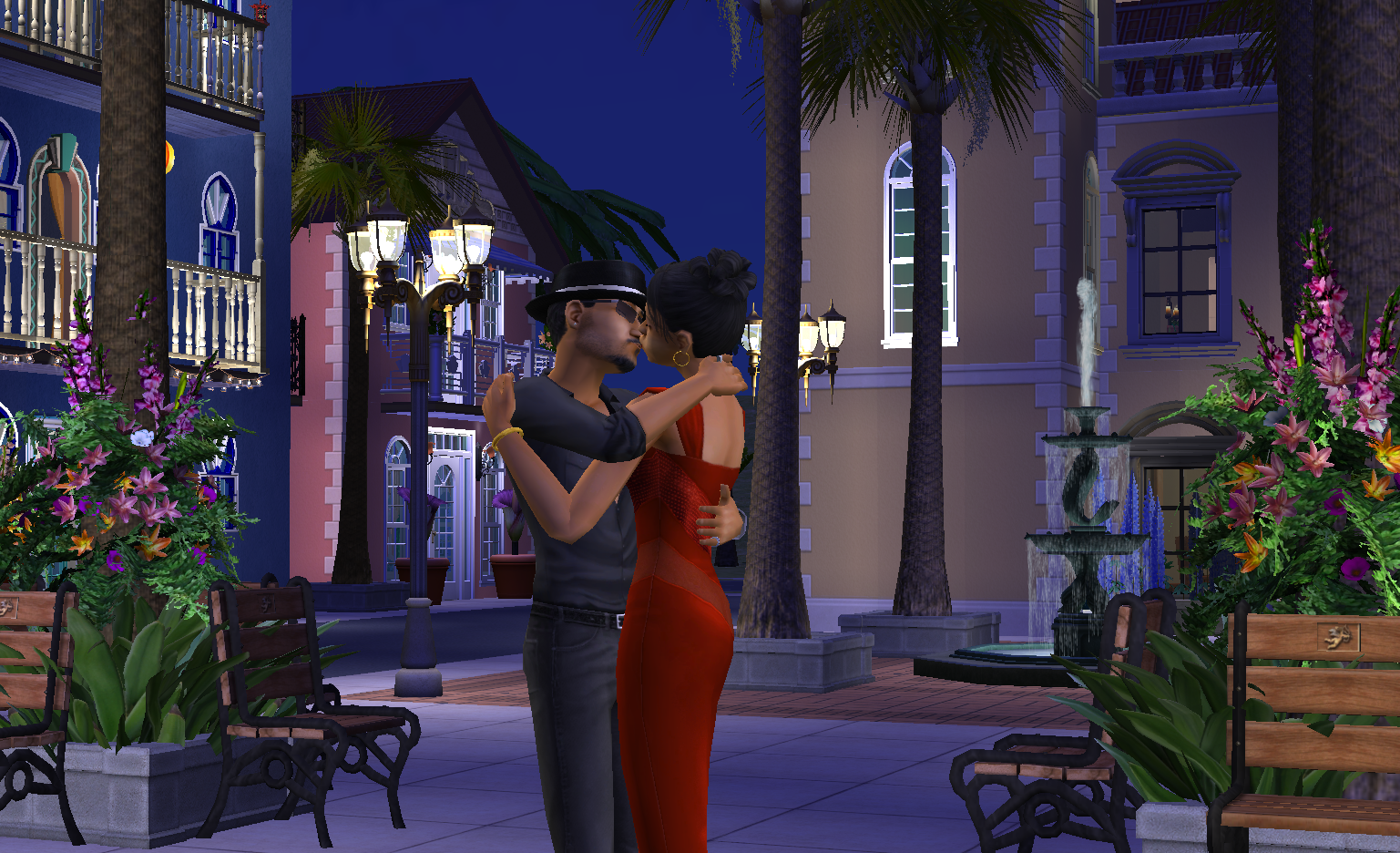 Now that I've clearly established that I will never have a career as a telenovela writer, (the lot has been done for a long time, I just could not for the life of my write an even halfway-decent story for it) let's move on to something I do know something about- the technical aspects of this lot. First things first- yes, this is a beach apartment lot, so it might be a bit problematic (though it's certainly nowhere close to as big a deal as EAxis makes it out to be). There are two solutions you can try if you find yourself running into trouble with things here- first, Mootilda did a significant amount of work looking at the problems beachfront apartments can sometimes find, and in many cases if you see the terrain distorted, all it takes is going back to neighborhood view and picking the lot up, then putting it right back in the same spot. There's also a more complicated approach described in this thread, though I doubt many of you will have the patience for that approach (I certainly wouldn't). Second, there are two versions of the lot uploaded here, so if you find that you're still not able to get it to work while zoned as an apartment, you can place the version that's still zoned residential (the file ending in (R) ), and go in and change it to an apartment yourself (there is absolutely no difference between the two lots other than how they're zoned, FYI).

The lot itself was built on a neighborhood using the Desiderata Valley terrain, so it should place on that map without issue. If you try to place it on any other map, just be prepared that it's likely to distort your terrain at least a bit, and you should be sure it's not immediately adjacent to any of your existing lots, otherwise you might tear the terrain fabric and open up a portal to another dimension (or something...)

It's a 5x6 lot with 5 apartment units, so it is large, but it's not all that tall, and a large amount of land is given over to beach and ocean, so there's only about a 3x6 area actually developed, making it run a bit faster than some other similarly sized lots. The apartment units range from $1354 to $3881 a week, and are kind of spread throughout the neighborhood (they're easy enough to find). The lot itself has a little over $700,000 worth of stuff on it. Like some of the other lots I've made lately, this one also has a few "public" spaces that are crafted in such a way as to allow them to still be semi-functional even without a community/apartment mod like MogHughson's- the clothing boutique is actually just closet shelves, so Sims can use them, and if you hire a bartender, they will work at any of the bars around the lot, since none of the apartments have bars within them.

As always, no CC should be needed to make use of this lot, so as long as you have all the EPs and SPs or the UC, you should be good to go!