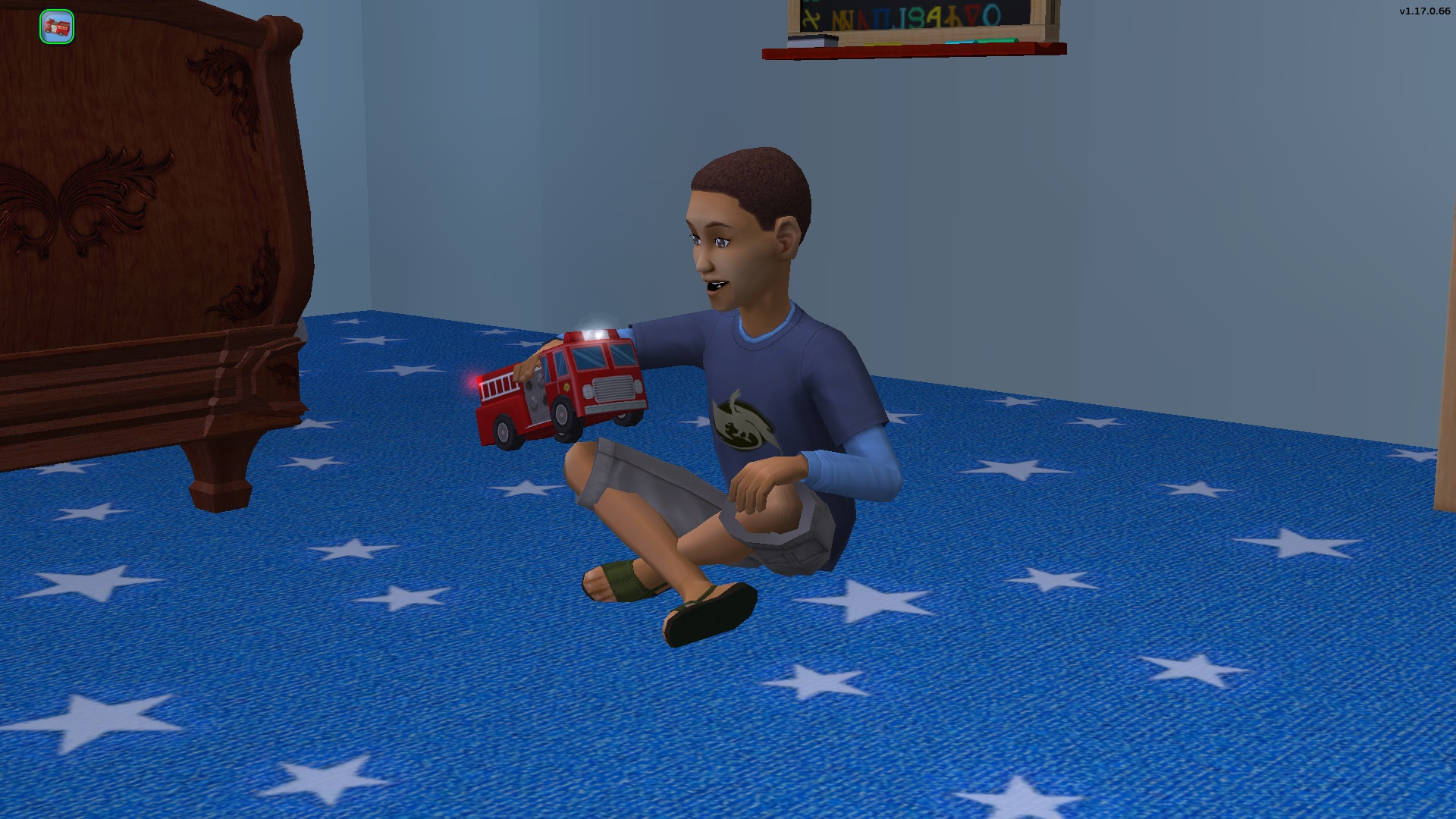 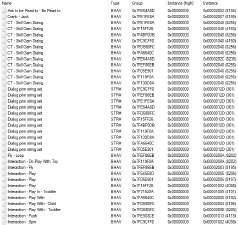 Created by simler90
View Policy / About Me View all Downloads
Uploaded: 10th Oct 2019 at 6:15 AM
Updated: 4th Oct 2022 at 2:25 AM
Toy Skills Mod: Toys are pretty irrelevant in this game. A few of them allow sims to increase their hobby enthusiasm, and that's it. Toddlers and children love forcing their family members to read books to them, but being read a book only increases fun and film-literature enthusiasm, which is not good enough.

NOTE: This mod adds a new skill gain dialogue for playing with toys, because no such dialogue exists in the game as toys do not increase any skills. The game will show the dialogue "Sim has gained a point of SkillName playing!" when the sim earns a new skill point while playing, and "Sim has gained a point of Creativity skill from being read a book" while being read a book. These notifications are only available in English. If you play the game in another language, you will have to translate this text, here is how to do it:
- Open the mod in SimPE. Click on each resource called Dialog prim string set, and then click on the line that says "$NameLocal:0 has gained a point of SkillName skill playing!". If you are currently looking at the Dialog prim string set for being read a book, then the line that you should click on will say "$NameLocal:0 has gained a point of Creativity skill from being read a book." In order to translate the notification for earning a Logic skill point for playing video games, then click on the resource called Dialog Strings, and then select the line "$NameLocal:0 has gained a point of Logic skill playing!"
- Now, select your language from the drop-down menu, and translate the text.
- Click the Commit button, and save the mod.
UPDATE 1:
- Sims younger than teen now increase their Creativity skill while playing with a paper plane.
- All sims increase their Logic skill while playing video games on the computer or a video game console.
UPDATE 2: Playing mahjong increases Logic now. Thanks to KLGFCG for the idea.
UPDATE 3: Observing ants in the ant farm now increases Logic.
UPDATE 4: Playing Don't Wake The Llama now increases Mechanical. Thanks to Rosawyn for the idea.
UPDATE 5: Playing with arcade and pinball machines now increases Logic.
UPDATE 6: If there were two sims playing pinball, sometimes the sims would continue to increase Logic even while not playing. This has been fixed.
UPDATE 7:
- The game sometimes wouldn't show the skill-gain dialogue properly during a few interactions. This has been fixed.
- Operating, adding and removing elements on the train set now increases Mechanical.
UPDATE 8: The game will now also show a skill-gain notification when a sim increases their creativity skill while playing with a dollhouse.
UPDATE 9: Playing darts increases Mechanical, and playing poker and pool increases Logic, slowly.
UPDATE 10: Only the sim who is currently playing darts or pool will increase their skill now. Also, sims will now increase their Mechanical skill while doing a trick shot on a pool table.
Requirements: Freetime, but you may need Apartment Life and/or M&G, too.
Resources: See the image.

Toy Stuffed Animal Fix: This mod fixes a number of issues with stuffed animals.
- The game allows sims to initiate the Talk Through interaction even towards sleeping and off-lot sims which should not be allowed. This has been fixed.
- When a sim routes to the stuffed animal to talk through, the sim usually cannot reach the bear. This routing issue has been fixed.
- Sims only spend three loops while talking through which looks very unnatural. Sims will now spend fifteen loops talking through.
- Sims need 700 or higher playful in order to be able to autonomously talk through to sims teen and older now.
UPDATE 1: The mod performs fewer checks to determine whether the sim is able to take the stuffed animal to talk through.

Smash Dollhouse Wake Up Mod: This simple mod makes it so that when a sim smashes a dollhouse, other sims in the room will wake up.
Requirements: Base game.
Resources: Interaction - Smash/0x7F545E8D/0x00002018
Other Information

Title: $NameLocal:0 has gained a point of Cleaning skill from reading a book.

Description: $NameLocal:0 has gained a point of Mechanical skill from reading a book.