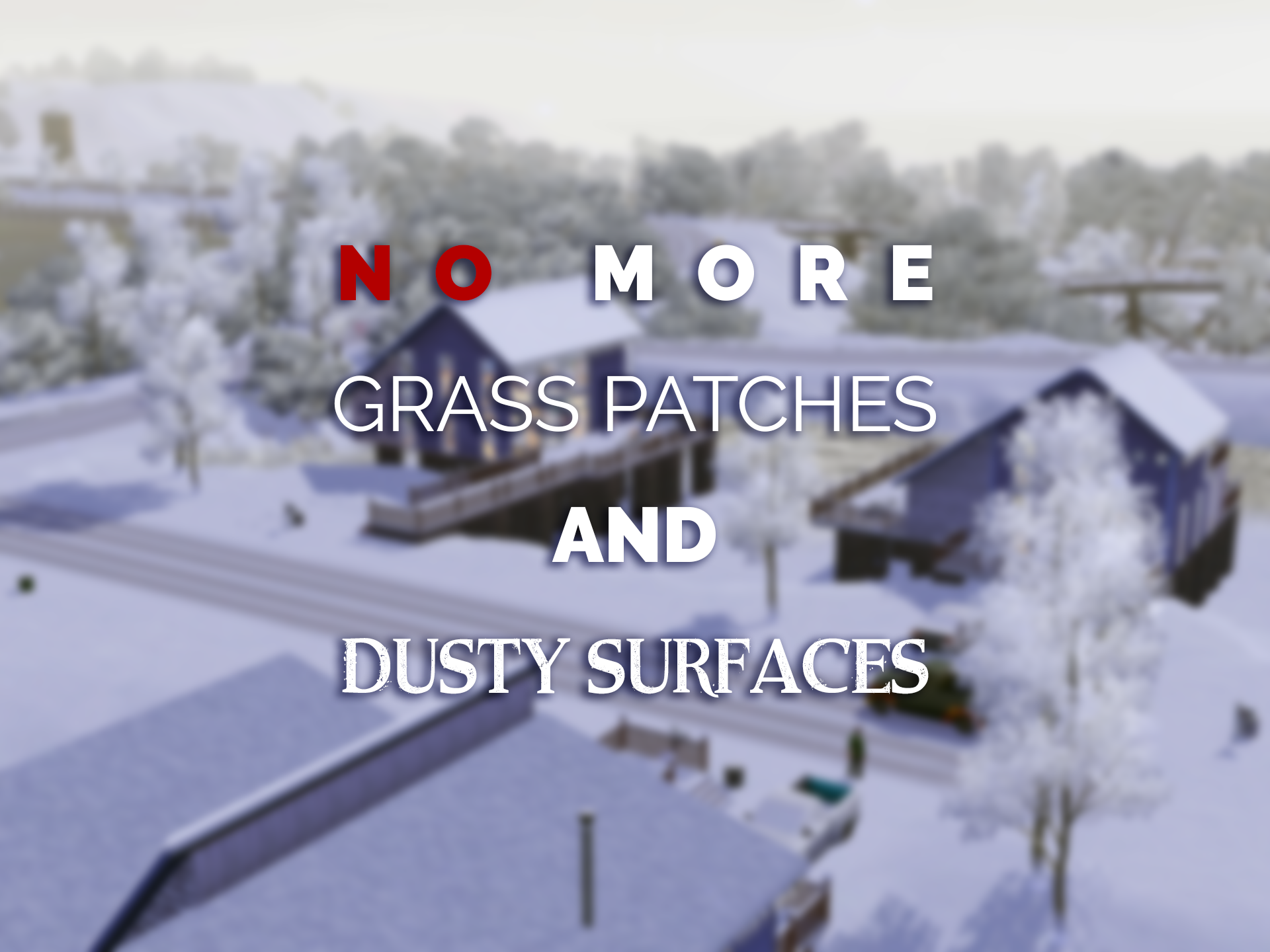 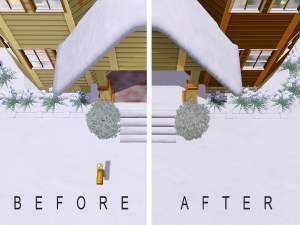 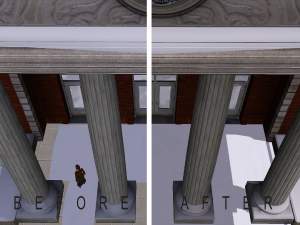 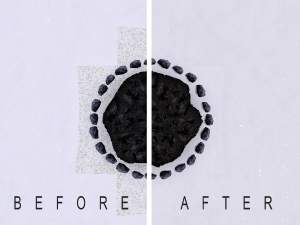 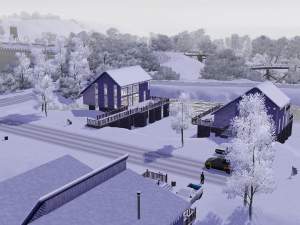 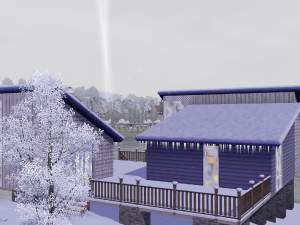 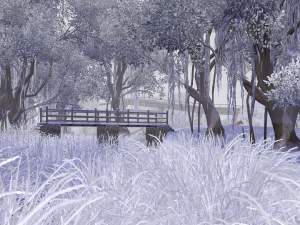 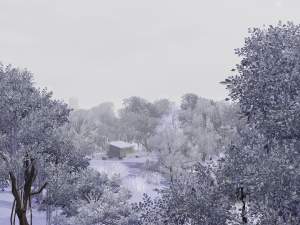 Created by Lyralei
View Policy / About Me View all Downloads
Uploaded: 26th Oct 2019 at 3:26 PM
One might think: "Another snow mod?!?!" But this is merely a small upload for the ones who don't have interest in my snow mod but do want to have the grass and porch fixes with EA's snow! Especially since I noticed some people really wanted my snow mod just because of this small little fix I included.

So here is the standalone version for you EA people!

What changes?
Not much actually! All that will be fixed are the grass patches or dust-looking textures that some outside objects and surfaces leave (Like doors and bonfires). I think, despite it being technically a lazy fix, it's the best fix for this issue!

This won't, however, affect your game's performance in any way. It's basically an alpha map change (for the ones knowing what this is

A few things that are good to know:

Known issue(s):
There aren't really. While it fixes some really awkward snow patches (See picture with the community hall) It does have a habit of making roofs with flooring under them look like they've been snowed under while that's realistically not possible. Unfortunately, because EA made it this way I can't fix that :/

Conflicts
You cannot in any way merge this fix with my snow mod. The snow mod itself already has this fix in it, meaning that you WILL NOT need this mod if you have my snow mod installed. This mod is therefore only meant for EA snow.
Overall, as long as it's not a snow override, it should work with everything!

The end
Any bugs, feedback, etc? Feel free to tell me! The more feedback the better!

Do not use my meshes as a base! If you want to use them, please PM me first!
Exceptions are my conversions. Use them for whatever you wanna use them for!

If you want to use any custom scripts/adjust them, please message me.

Do not reupload them on different sites! Thanks!

If you'd like to support me on patreon, you can finally do so at Patreon !