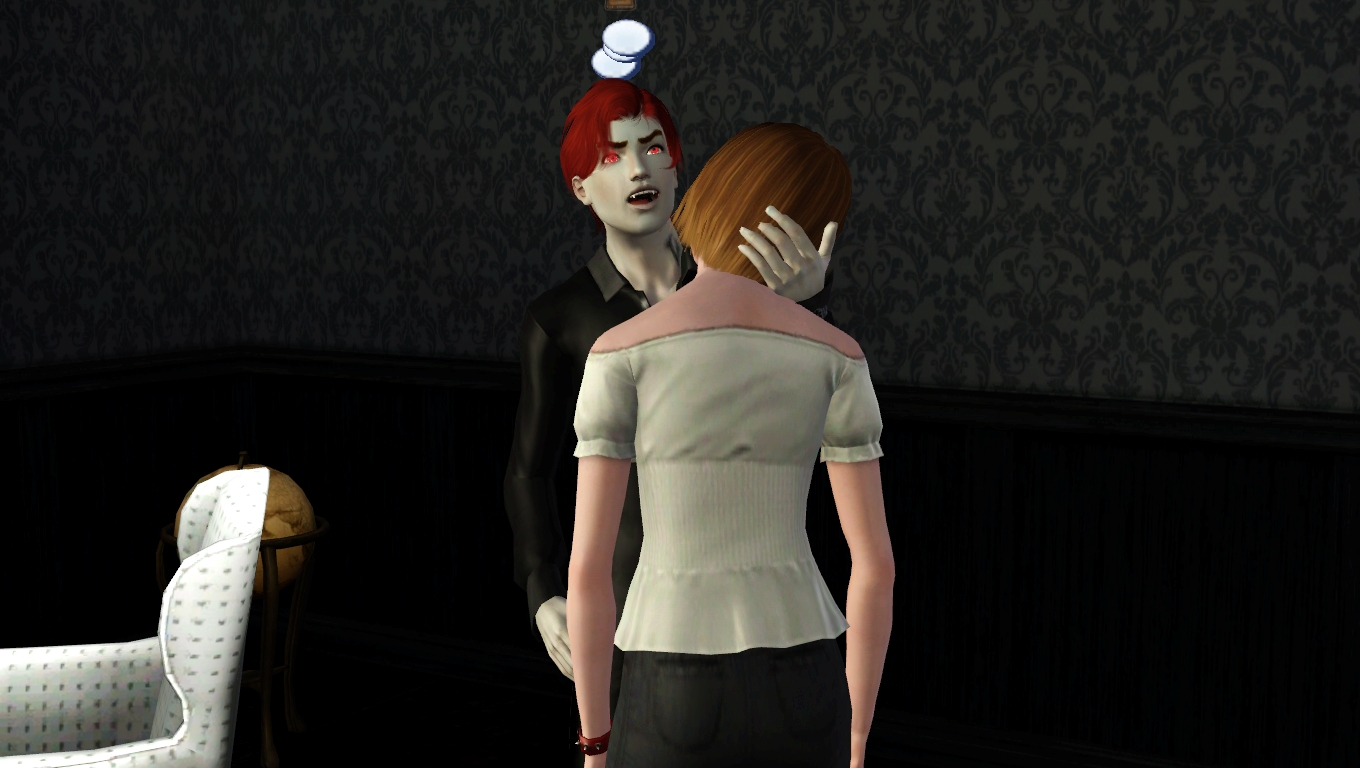 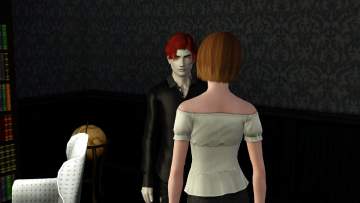 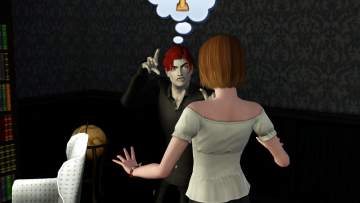 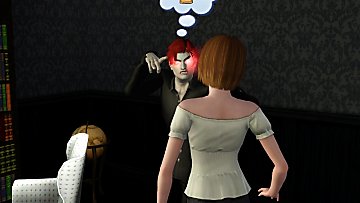 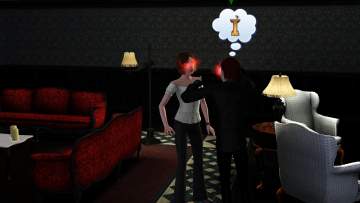 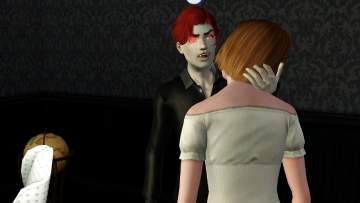 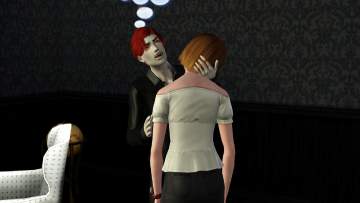 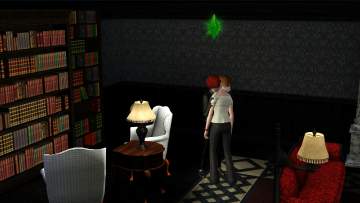 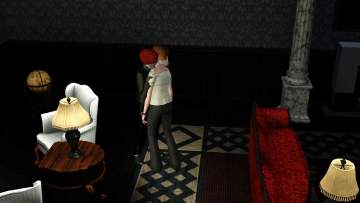 - Update on animation. It is now smoother and less artificial.

- Added sound to the hypnosis effect.

- General update of the animation, more realism in the sucking of vampires.

- Change in the color of the hypnotic look.

All vampire lovers should agree that the vampires in The Sims 4 compared to The Sims 3 are much better. But there are the wonderful moddlers, who have created mods that, if well used, make these differences much smaller. However, one of these differences has always bothered me a lot, the "Drink" interaction that is horrible in The Sims 3 (vampires don't need permission to bite anyone). If you also bother with that, here's the solution!

I present the standard replacement of the vampire bite!


After a long work, I put together the animations "Vampire Gaze" and "Drink", creating a new one, which has the same theme as "The Compel from Drink" from The Sims 4.

Hunting now will make sense, because your victim will be hypnotized and then attacked without being able to reject!

*Vampires can now attack enemies and any friend or known.

* When you turn a sim, the default animation plays. (I do not intend to create an animation for her, besides being very difficult because of the bats and the red effect, also my opinion, I think asking is more pertinent to this situation)

* Vampires bite longer, it is not possible to drain a single drop of blood with the standard bite duration.

Because it is a default override, the mod should be placed in the Overrides folder.

I highly recommend the Enhanced Vampires mod, our mods complement each other. Link: https://modthesims.info/d/648599/enhanced-vampires.html

- Will conflict with any modification that changes the bite clips located in the base game.

- It will conflict with any mod that changes the "Buffs" file. This conflict can easily be resolved, as I only changed the "weakened" moodlet.

I'm not a great animator, I'm a little new to Blender, but I did my best. Of course in the future I can try to improve and create a new version, but I hope you enjoy it, it was a very difficult job.

Credits: S3PE Blender 1.67
Notepad ++
Lyralei (helped me a lot with his tips. This mod was possible thanks to him. Thanks a lot!)
PuddingFace (I thought it was impossible to make a default animation replacement, so I asked him to help me create a mod script to create a custom interaction. I ordered several and he was the only one willing to help me. If I had continued with intent on creating the personalized interaction, he or she would surely have helped me. Thanks a lot!)

See: Game Help:TS3 CC Basicswiki for a full guide!
Back to download view
57 Comments / Replies (Who?)