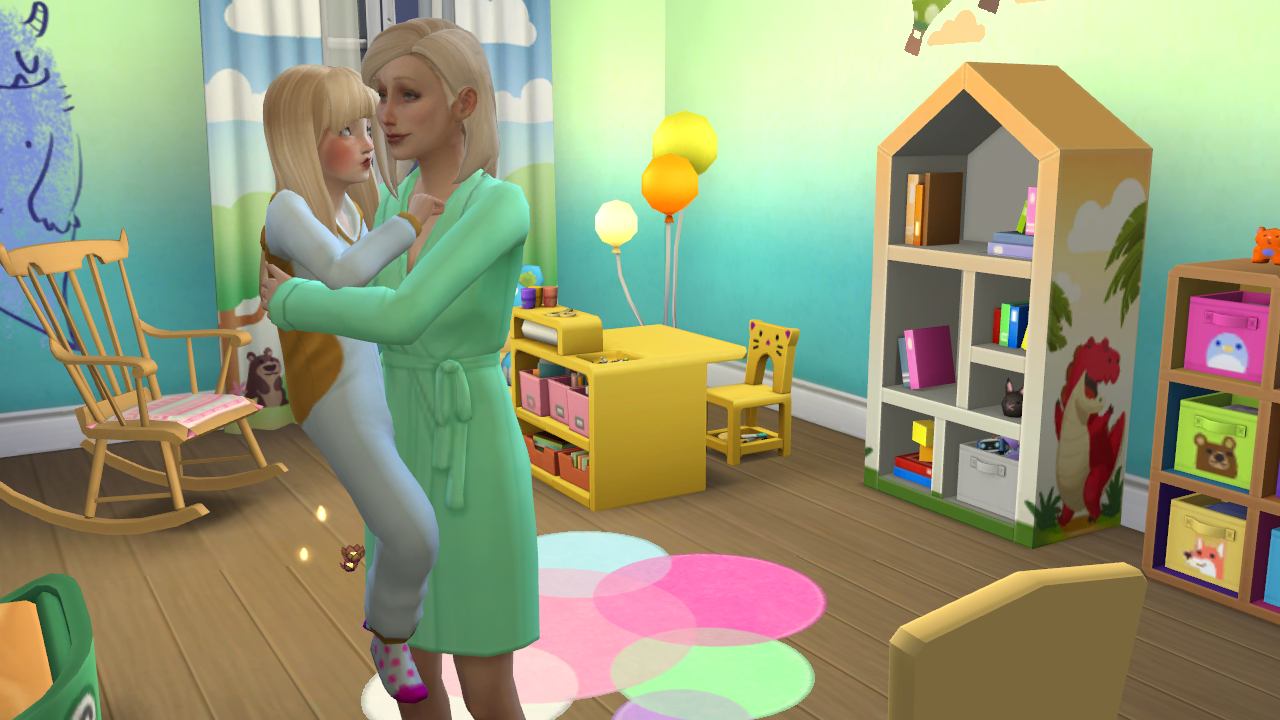 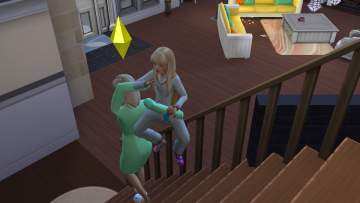 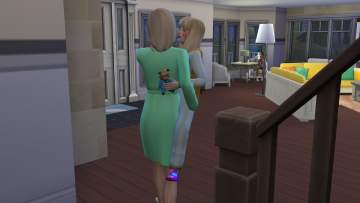 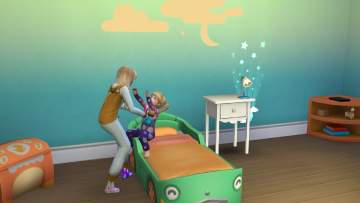 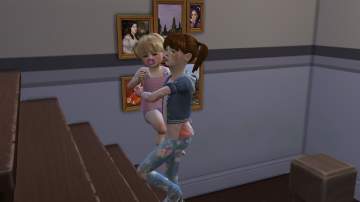 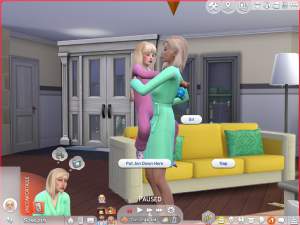 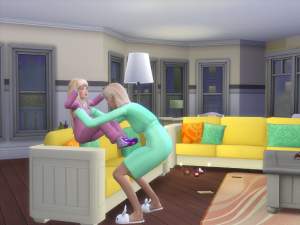 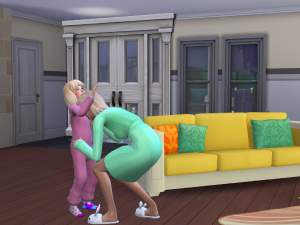 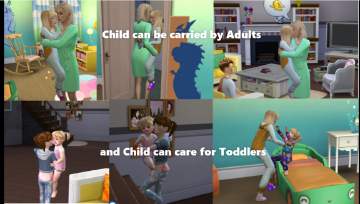 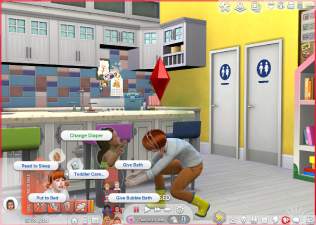 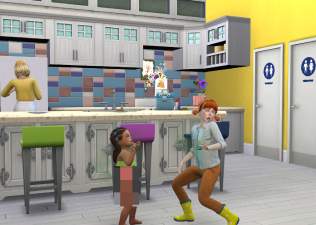 528 Thanks  Thanks     139 Favourited
I converted children picking up/putting down toddlers but then they reset and can't carry them anymore. Better kids stretch when picking them up/put down than not being able to carry them at all. ; )

Update
I added sound to kids doing the snuggle in arms interaction. Download the Clips file again and replace it.

Thanks Zulf Ferdiana for adding effect/sound,.. to the Change toddlers diapers interaction. 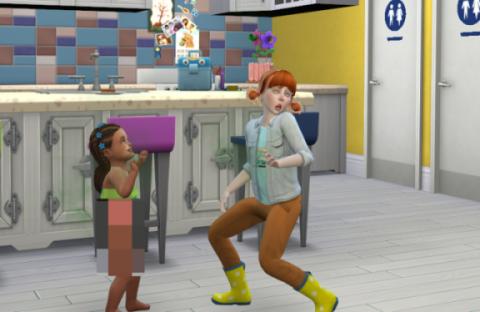 Update
Download Clips 2, it has the Pick up and Put down Child animations. There's a problem with the Pick up child from the sofa animation. I added more pictures.

Ok, I finished all the conversion of 'Pick up' Child clips. No more shrinking. It's looking like this. I'll do the 'Put down' clips soon and then upload.

I had totally forgotten to upload the child Being carried anims zip. Download that one too. I'm converting the Pick up and put down animations now.

Those who downloaded the Clips zip, re-download and replace the file. The child was still shrinking doing the snuggle animation. Now they're not ; )

Update
Child sims can now be snuggled in arms without shrinking. Thanks Haru for explaining. 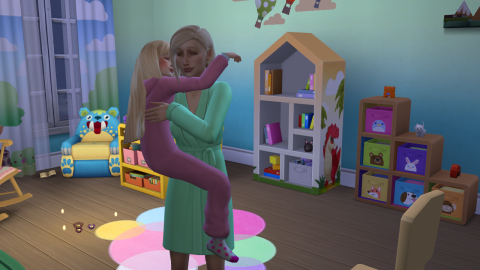 I have always wanted child sim to be carried around by adults and last year I found out how to enable it and couldn't believe it I had done it: D I thought a script mod would be needed and, turned out, it wasn't. Just a tuning mod. Anyway, kids shrunk to toddlers size, so I converted the animations, but at the time I had no idea how to make them play in-game. Now I do, though still find it confusing lol, but I managed to make it work.

Adults can pick up and carry children around, talk to other sims while holding them and put them down on the floor/sofa.

Children can carry toddlers and put them in bed. I enabled them to give toddlers a bath and read to sleep, too, although it isn't working. I suppose some Interaction tuning is missing, I'll see to it.

This mod is in progress as I haven't converted all animations. Most of the Carry child clips are converted except for Pick up/ Put down and Snuggle in arms. They still shrink. Actually, I've already converted the snuggle clip, but haven't put it in the asm file yet. 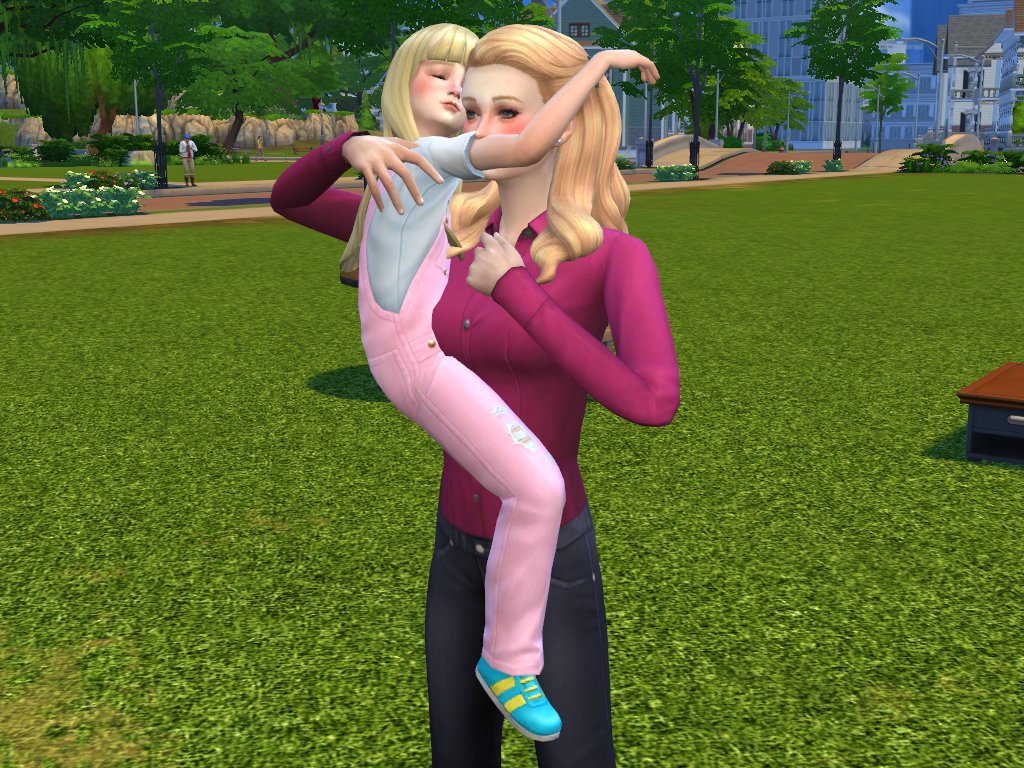 The adult is just doing a pose. It will not look that way in-game.

Child stretches while picking up and putting down toddlers, I need to convert those animations too. Walking while carrying toddlers looks fine, though.

Adults climbing down / up the stairs with kids. See the picture in the description. Children get out of the sim's arms.


I'd like adults to carry kids to bed and read to sleep but a script mod might be needed for this.

Any mod that edits the Interaction tunings of this one.