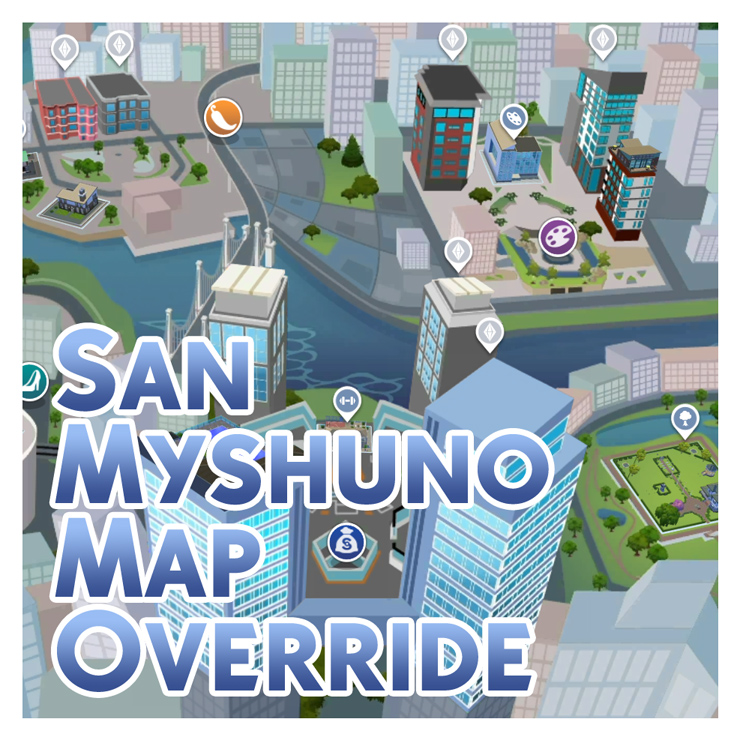 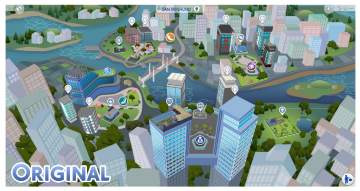 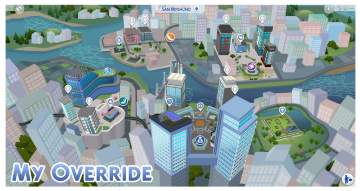 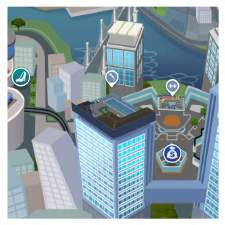 Created by Menaceman44
View Policy / About Me View all Downloads
Uploaded: 19th Dec 2019 at 4:59 PM
Updated: 1st Aug 2022 at 8:06 PM - Updated files
Description
This override for the San Myshuno map from City Living took FAR too long to complete! It's taken me at least 10 months on-and-off!
For this map override I have added in more detail to make the map more closely resemble the locations in-game. EA seemed to be rather sparse with the detailing. The biggest thing that bugged me was that the Myshuno Meadows Lot faces backwards. This was even more obvious once I edited the map to reflect the actual area. I then discovered that the Stargazer Lounge penthouse Lot also suffers a similar issue and is rotated 90 degrees the wrong way. (This is what cause the huge delay in releasing this.) As a result, unlike my previous map overrides, this one DOES also correct the wrongly rotated Lots. Yay!
I even went to the lengths of making sure that I updated the area "glow patches" to match the new district shapes as closely as I could.

You will need to enter the affected Lots at least once in Build Mode for the game to update the map thumbnails. 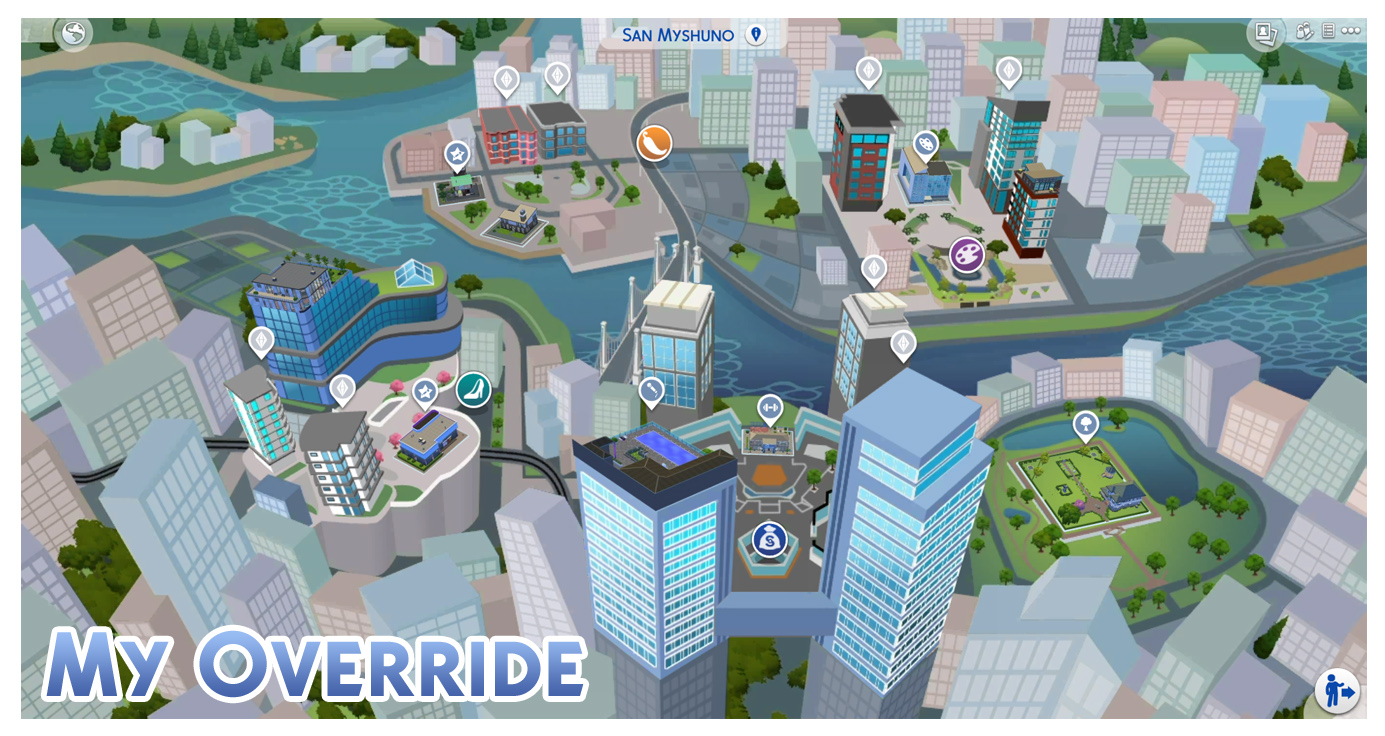 Info
This mod overrides four image files that the game combines in pairs to create this single map image.
The images have Instances of 46CF70740336309C and B0609A17CE92A9CF with Groups 00064DC9 and 00064DCA
It also overrides the World Map resource with Instance AE78789B0D1A46F3 to correct the rotation of Myshuno Meadows and the Stargazer Lounge penthouse Lot
Any other mods that override these same resource will conflict.

Notes
The final attached image shows what the Stargazer Lounge Lot will look like with this mod installed once the thumbnail has updated. The weird shadow box under the edges of the Lot is caused by the way the game renders penthouse Lots with a pool or fountain on the map and is not caused by this mod.
Place in your downloads folder as you would with any other .package. To delete, just remove it from your Mods folder. It's only a visual change so shouldn't break your game.

Additional Credits:
s4studio,
s4pe,
Photoshop,
GIMP,
UITextureSquasher,
CmarNYC for helping with texture compression issues,
HazzaPlumbob for providing some of the map assets,
Spazmunki13 for confirming what I was doing when rotating Lots.
Other Information