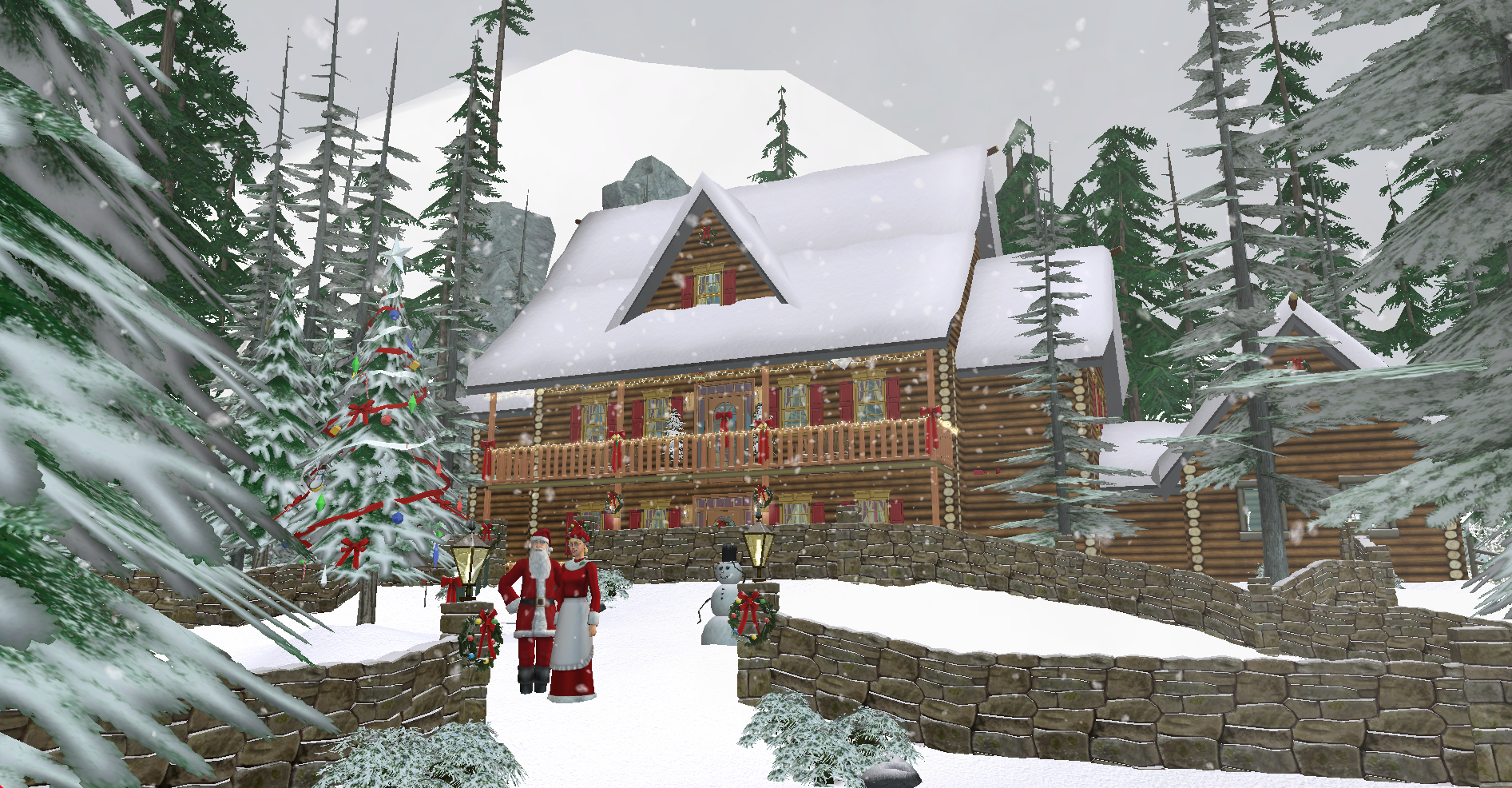 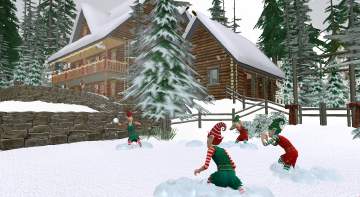 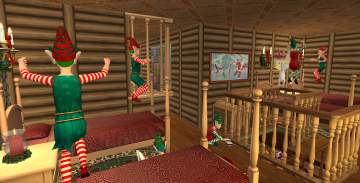 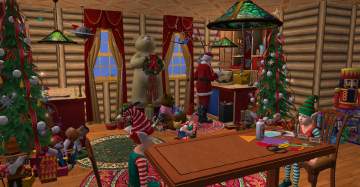 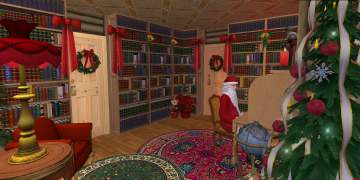 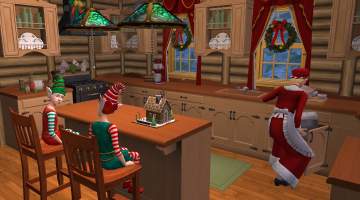 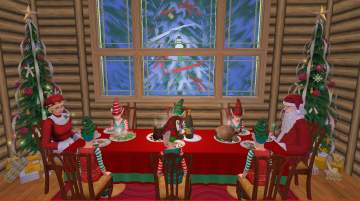 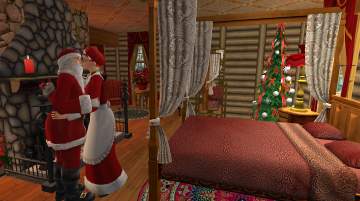 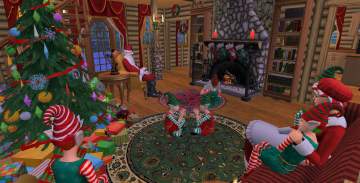 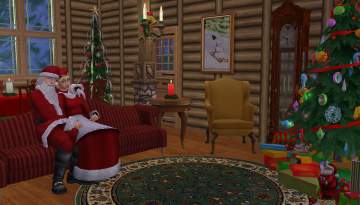 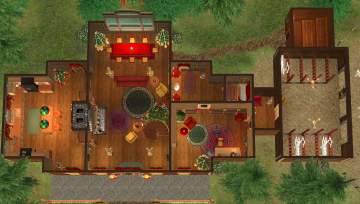 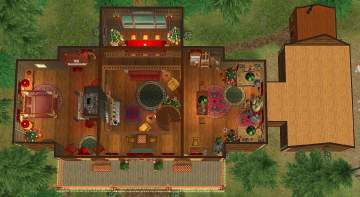 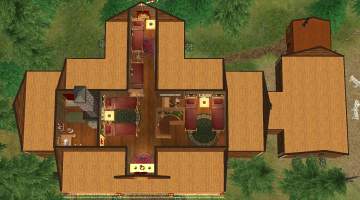 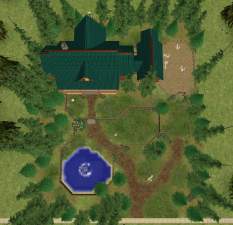 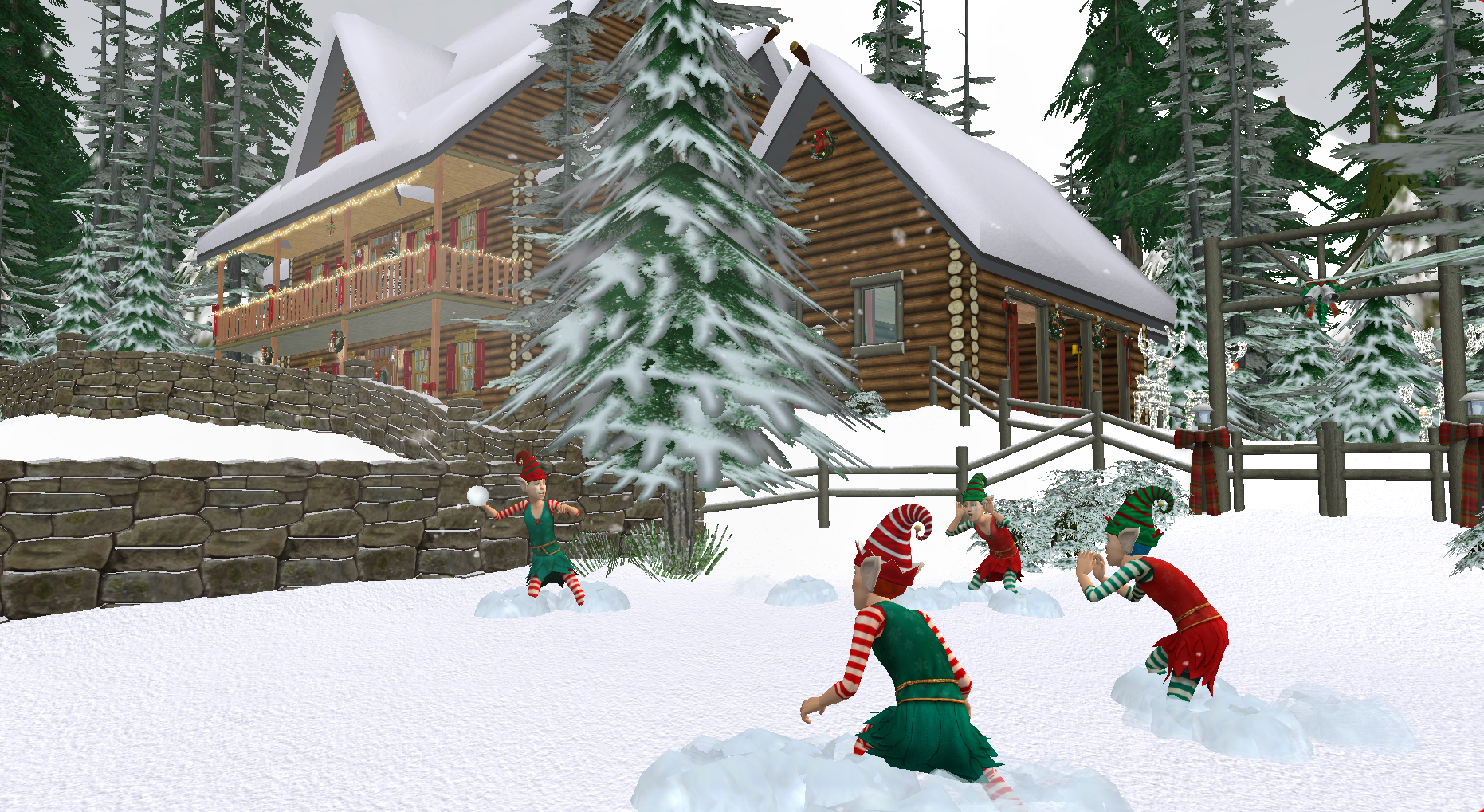 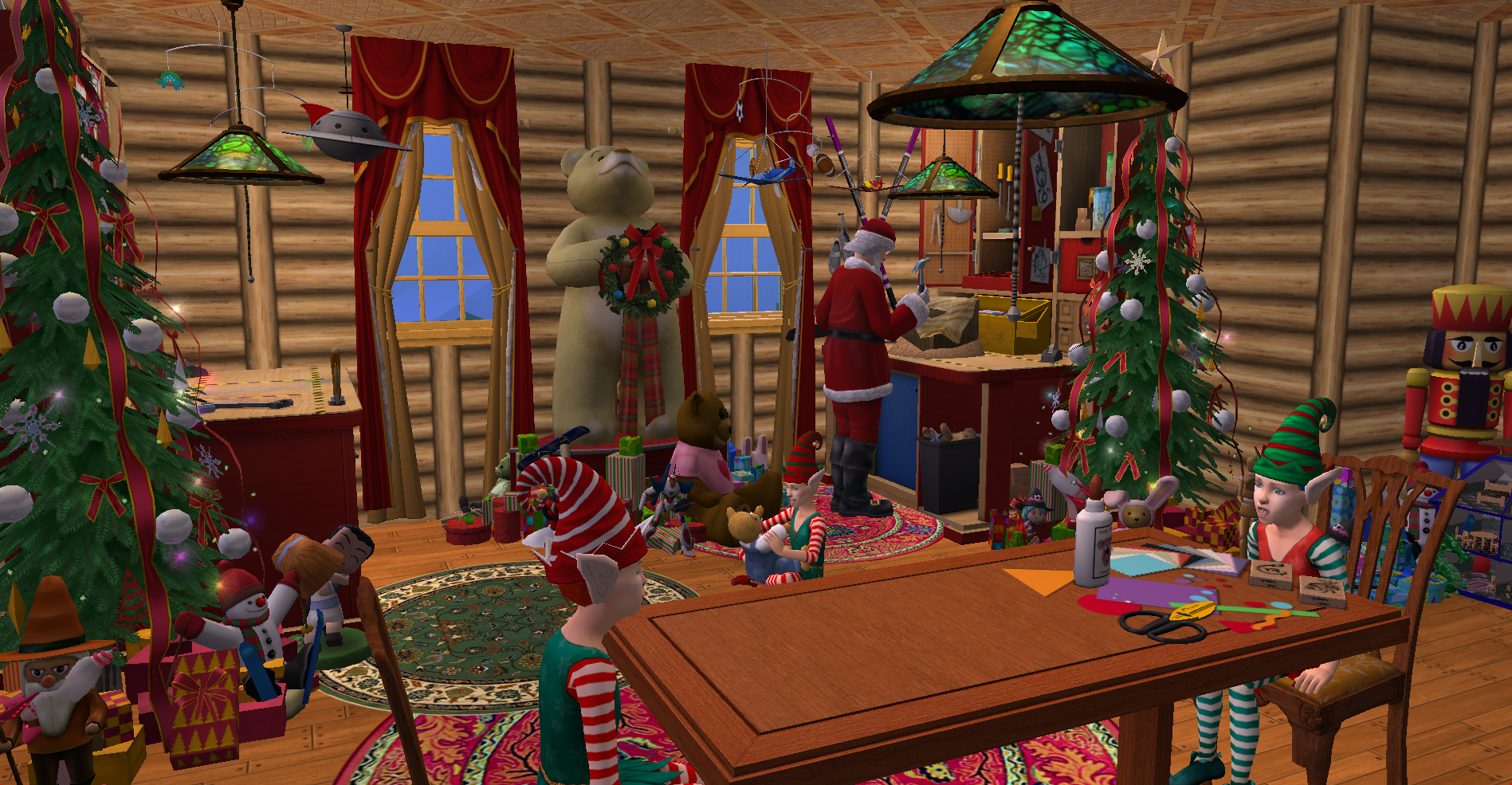 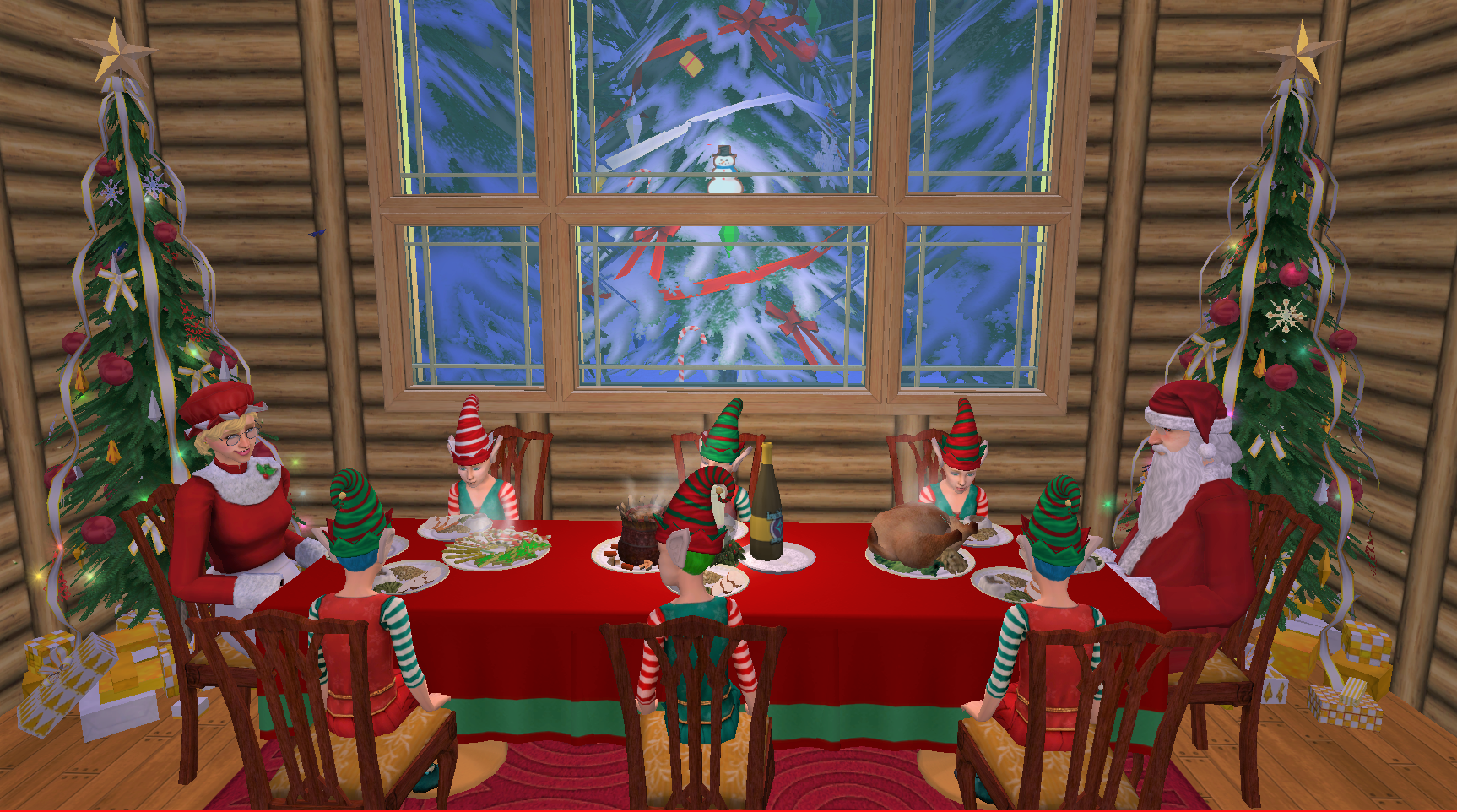 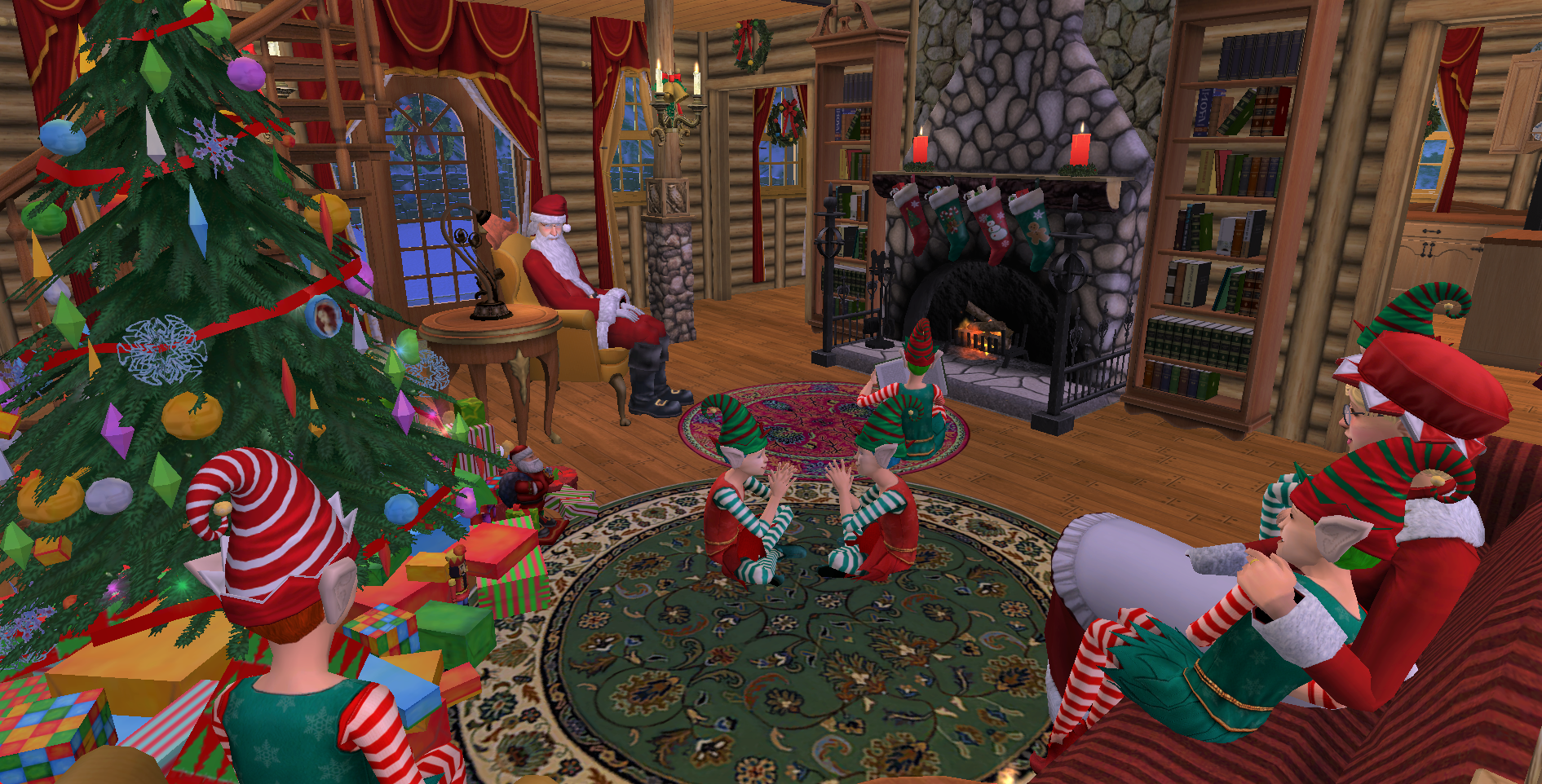 So it seems Christmastime is now once again here
And all of your Sims are of holiday cheer
But Santa himself, why, that jolly old elf
He too needs a place to call home for himself!

And a contest and catchup were so great a prize
That a two-years-old theme became worth a reprise
And because of the standard I've set here before
Surely you'd guessed I'd a poem in store?

And you thought that Santa lived at the north pole!
(To be fair, that's become part of his mythical role)
But log cabins don't tend to fare well out at sea
(a point I'm sure on which we all can agree)

So Santa packed up and moved south last July
(For moving is easy with reindeer that fly)
The holiday season was barely begun
When the cabin was finished, the work all but done

With space for the elves and a stable out back
For the reindeer to sleep in, and hay for their snack
Not to mention a workshop for good old Saint Nick
To make Christmastime gifts, so nimble and quick.

Now clearly the pictures that go with this tale
All come from a clone, so YOUR lot won't fail
(It just didn't seem right, to post pics without snow
And the elves and Saint Nick in a Christmas-y show)

And you'll need no CC for this lot to work right
Just yuletide sprit and snow shining bright!
For like all of my lots there is nothing placed here
That's not from the game, so you have naught to fear.

If you find such a grinch somewhere hidden within
Well then just let me know, and I'll track down the sin
That's ruining your holiday Simming delight
With its very un-Christmas-y 'bah-humbug' spite

For a Christmas creation should always be fun
And cheerful and bright, and so easy to run
On Christmas day there should be naught to annoy
For all you should feel is great wonder and joy.

And this holiday night, I now wish you the best
May your carols be merry, your family blessed
May all of your holiday feasts be delicious
And last but not least, I'll just say MERRY CHRISTMAS!!!