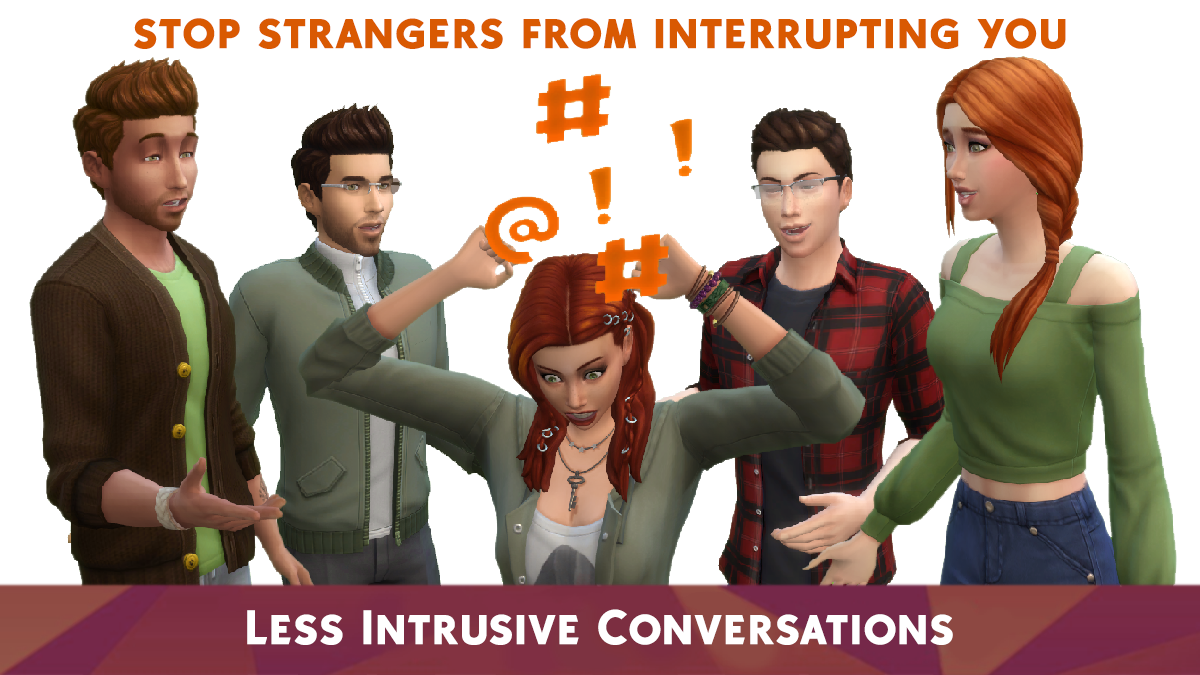 59,310 Downloads 1,235 Thanks  Thanks 304 Favourited 89,451 Views
Deleted! This upload is currently deleted and will not show in the download browser! To remove this, click Edit Upload

Created by TURBODRIVER View all Downloads

Rules of Less Intrusive Conversations:
A Social Group is an ongoing conversation between two or more Sims.
The Combined Average Friendship is the total of friendship towards another Sim that is then divided by the number of Sims in a social group.

Warning!
Introducing additional rules that prevent Sims from having frivolous group conversations with anybody at any time will change the dynamic of the game. This change of behavior might impact the feel of the game and how socializing occurs in public settings (like bars and clubs). You might notice less Sims talking to each other which is partially the purpose of this mod.


The Less Intrusive Conversations Mod is a TS4SCRIPT file. You are required to place it directly in the Mods folder or one folder deep, otherwise it will not function!

It's possible this mod will become broken from game patches. If Sims in your game fail to begin conversations autonomously, remove it.
Other Information