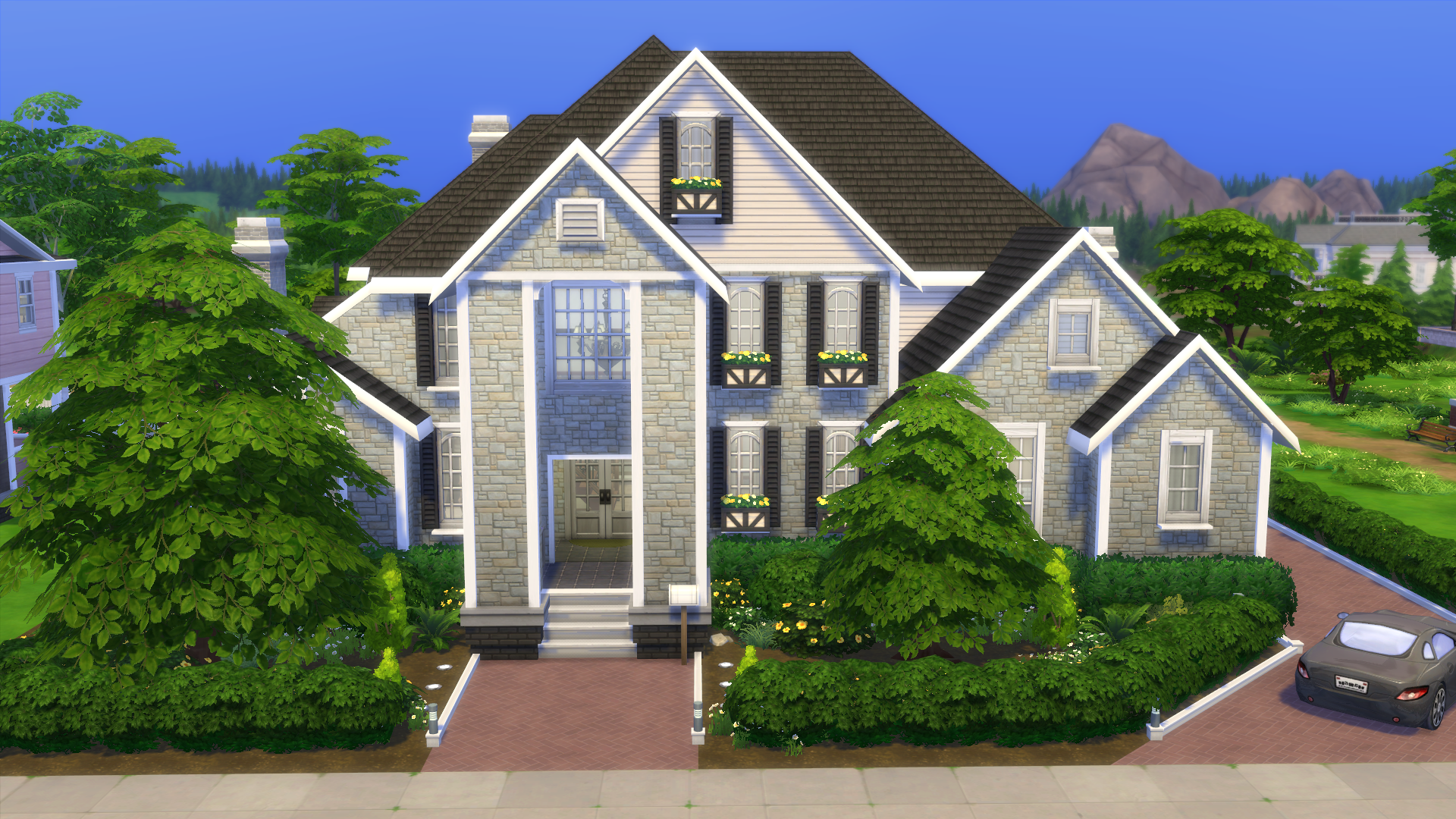 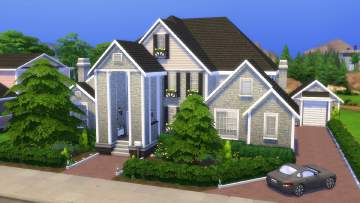 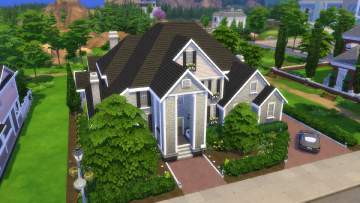 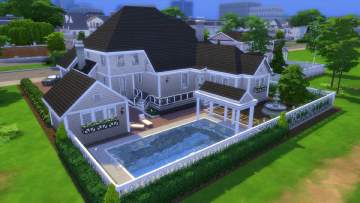 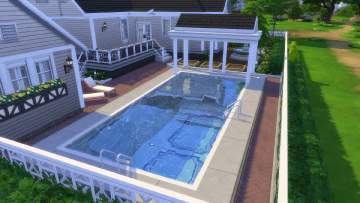 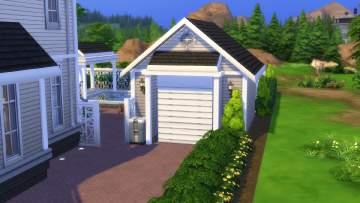 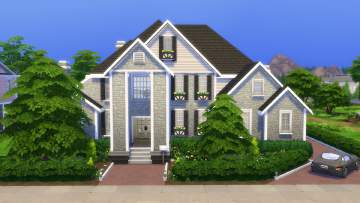 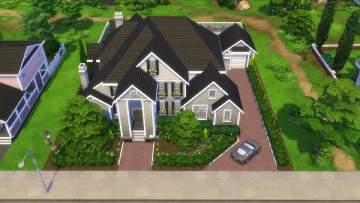 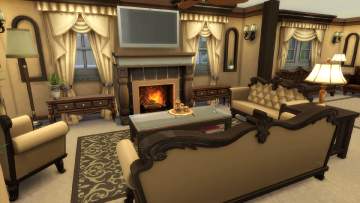 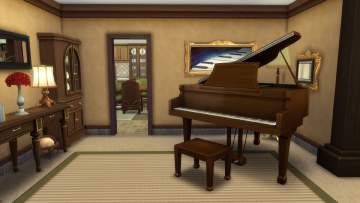 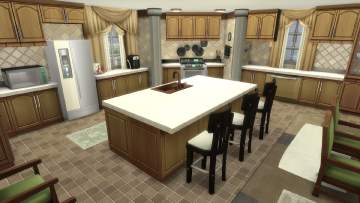 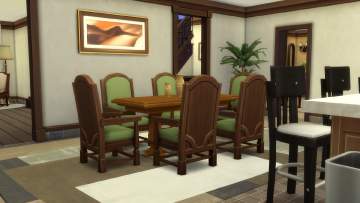 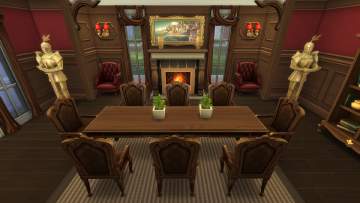 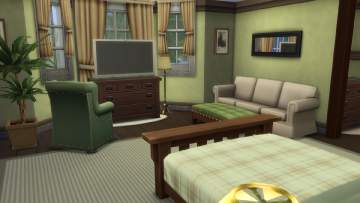 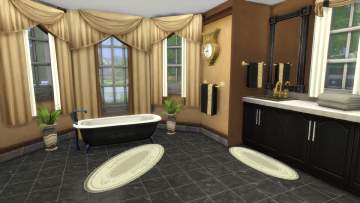 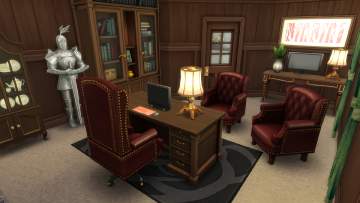 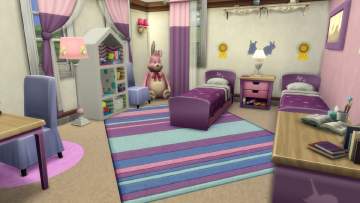 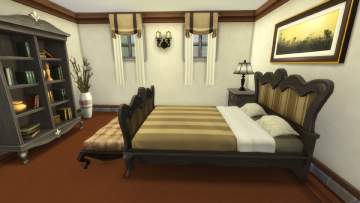 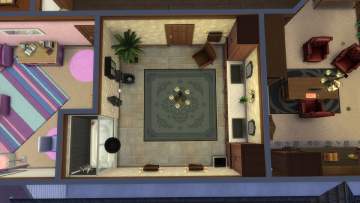 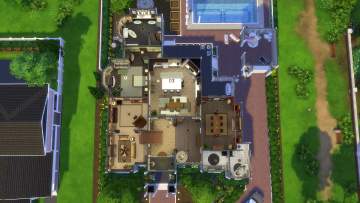 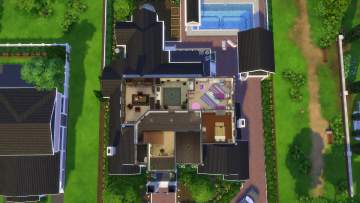 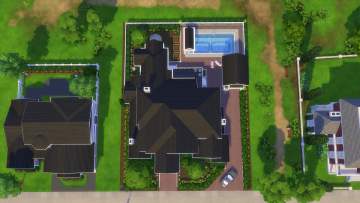 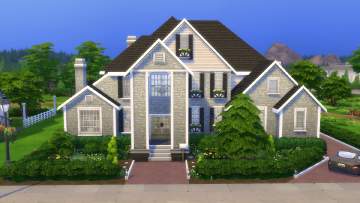 5,170 Downloads 153 Thanks  Thanks 35 Favourited 8,087 Views
Personal Picked Upload!   This is a personal favourite of the creator!

Well, it's not. This time I'm two days ahead.

The reason I am obsessing over this is because January 19 is my birthday! I don't know why it's been a goal of mine to upload on my birthday all these years, but it has been! And now I have an upload for January 16, 17, 18, and 20, but not 19. The reason I am uploading today instead of on Sunday is because I will be spending the weekend out of the house, and it looks like right now is the only time I will get the chance to upload. Maybe NEXT YEAR will be the year! But probably not.

There's not too much to say about this house other than it is quite a large house with four bedrooms and three-and-a-half bathrooms. I built it to specifically look like an American Suburban "McMansion" that is big on space, but low in class. Not that everyone who lives in a McMansion is classless (lol), but the Sims I specifically built this house for (the Hunt Family) are supposed to be styled that way, so I needed a house that reflected their personality. I built three relatively similar houses for this family in The Sims 3, but this is the first McMansion for them in The Sims 4! I have built a few "Hunt House(s)" for The Sims 4, but they're tehcnically not supposed to fit under the McMansion umbrella (even though they *probably* do, in actuality.). As is often the case with real-life McMansions, the roof for this house was kind of hard to figure out. McMansions tend to be notorious for their jumbled, poorly planned out roof lines and that was definitely the case here in some ways, too. However, I really do like the way it looks now that I've figured it out. Overall, I really like the shape of the home, and I think the floor plan looks like that of an actual, real-life home. This is something I strive for, but admittedly don't always achieve.

I actually built this house around the end of 2018, but never uploaded it for some reason. I found it in my gallery and decided to renovate it a bit before finally putting it here. The older version can be found in my Gallery (same username) in case you're interested in seeing it. This 2020 version is mostly the same, although I did completely redo the kitchen, master bathroom and all the bedrooms. The landscaping was completely redone. I enjoy finding older homes that I built and giving them slight tweaks to see how far I've come. The original yard was laughably bad, that's all I will say.

It shouldn't be too much of an issue, but you should probably turn on MoveObjects before you place this house just in case. This is something I do my very best to watch for, but sometimes a hedge accidentally gets too close to a pillar, or curtain are too close to a dining table and objects then start disappearing when you try to play with the house the next time. That's one thing I don't understand about Sims 4, to be honest.

Get Together is necessary to see the home in its completed entirety. Almost all the windows and exterior decorations come from Get Together, so it really is imperative that you have that pack if you want the house to look correct. This is less of an issue when it comes to the interior (it's about 85% Base Game and 15% Get Together), but keep this in mind before downloading. I hope you like this home as much as I do! House is play-tested, and contains NO CC. Lot traits are Private Dwelling, Natural Light, and Penny Pixies

The storage area is designed to have the appearance of a small detached garage, but in reality is just a semi-enclosed room. I put some skill-building items in there, along with baby/toddler furniture to put in the blank bedroom in case your sims have a baby at some point after moving in. It's up to you if you decide to use it! Also, if you decide you want a fifth bedroom, the office on the second floor has more than enough space for that if you remove the office-y furnishings. Just a thought!

Any other home by CarlDillynson
Back to top