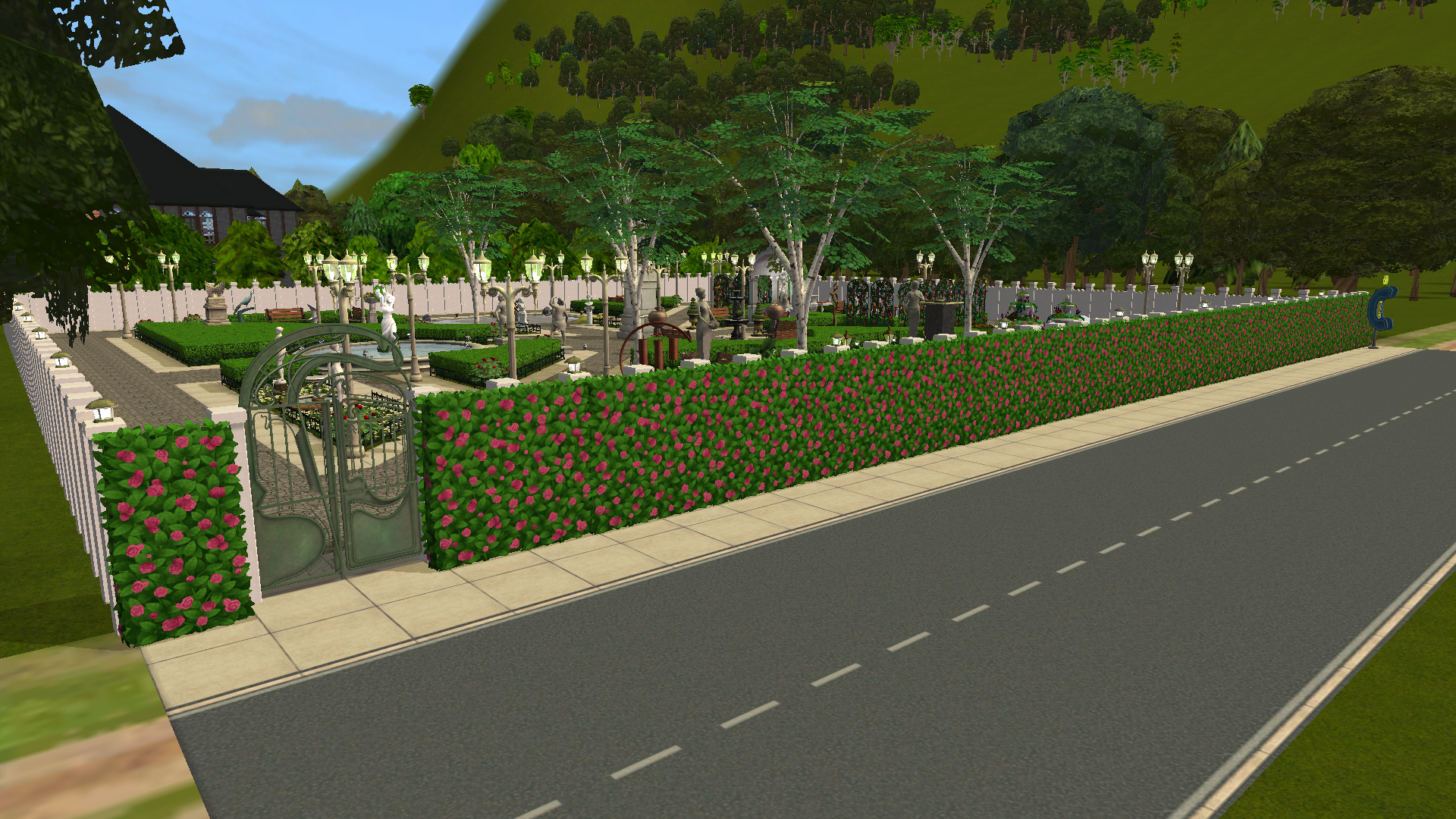 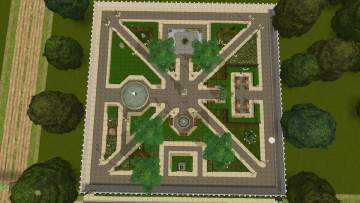 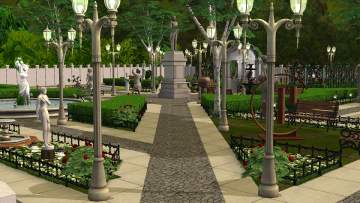 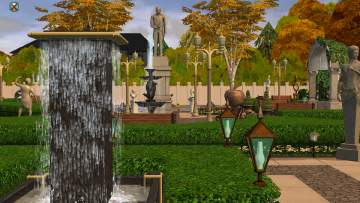 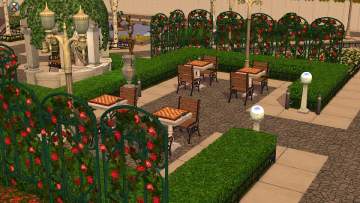 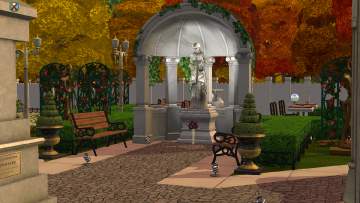 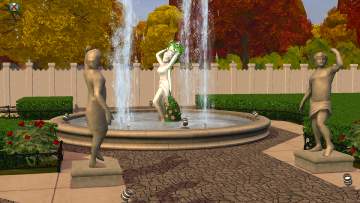 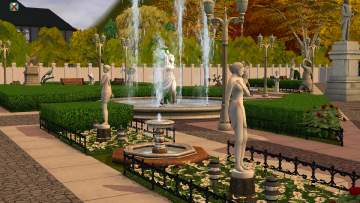 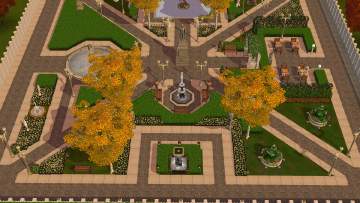 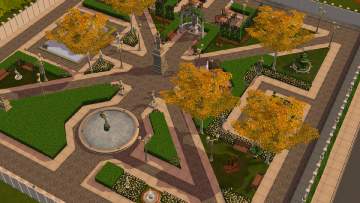 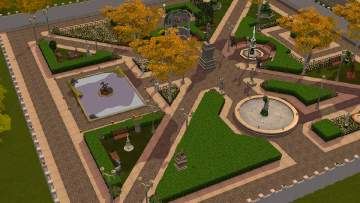 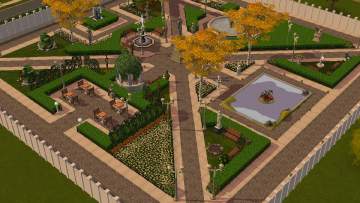 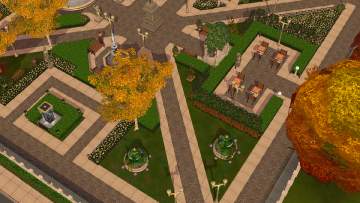 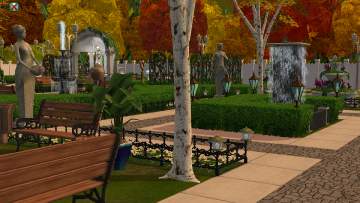 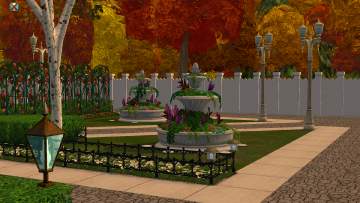 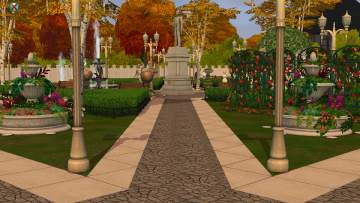 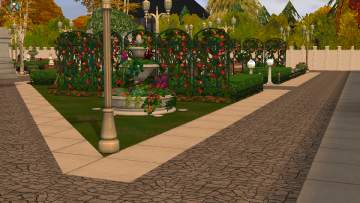 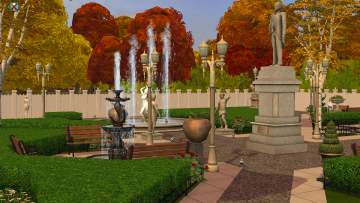 85 Thanks  Thanks     11 Favourited
Hey guys,
If you've been following my Lets Play on New Arlestown from my friend Cutupuss here on MTS you might be familiar that I am currently undergoing renovations for the entire town. It's one of my all time favorite hoods to play but I've always felt it needed extra features, more community lots, etc.

So that's what I bring to you guys today, the very first finished lot in this series of New Arlestown Add-ons: The Trajique Memorial Park

For those that play the neighborhood we all know Aasim Trajique is very prideful of himself and his family lineage. He's undergone several.. morally ethical reasons to keep it that way. Now he has convinced Town Hall (a lot for the series) to funnel thousands of city tax payer dollars to build a park in his family's honor. Why the town would not be what it is today without him right? ... right?! Well whatever that fact may be, what stands is this; a new park for the town that only the highest of society are aloud to partake in. Each statue represents a person in Aasim's life, can you guess whose who?

This is also a fun lot to have in your game for any absurdly wealthy neighborhood. The lot is large but how else are you supposed to leisurely stroll through your day?

Here are also some notes about the lot you should know before you download:
1.) The large fountain on the left is not viewable with a routing error but you can still put soap in it fine. I'm okay with this.
2.) The large statue in the middle of the park does make your Sim disappear INSIDE the statue when trying to view it but that has to do with the creator who made it than on my end and since they don't get stuck I think it's rather funny/am okay with it.
3.) It's also slightly difficult to place on world but it will eventually sit somewhere

Thank you so much, I hope you enjoy it and I love feedback.

Custom Content Included:
I didn't want to use a lot of custom content because the lot is so large but everything I used is included in the lot.
I used Jahkatai's 4t2 Garden Set
TS3 Conversions Statues by TheJim07
And Nutty Dazed Sublime TS4 To TS2 Romantic Garden Set
There are also a couple of SilentLucidity's Full Range Shiftable OMSP's

Additional Credits:
To Max/Cutupuss on MTS for New Arlestown. Without it this could not be possible.