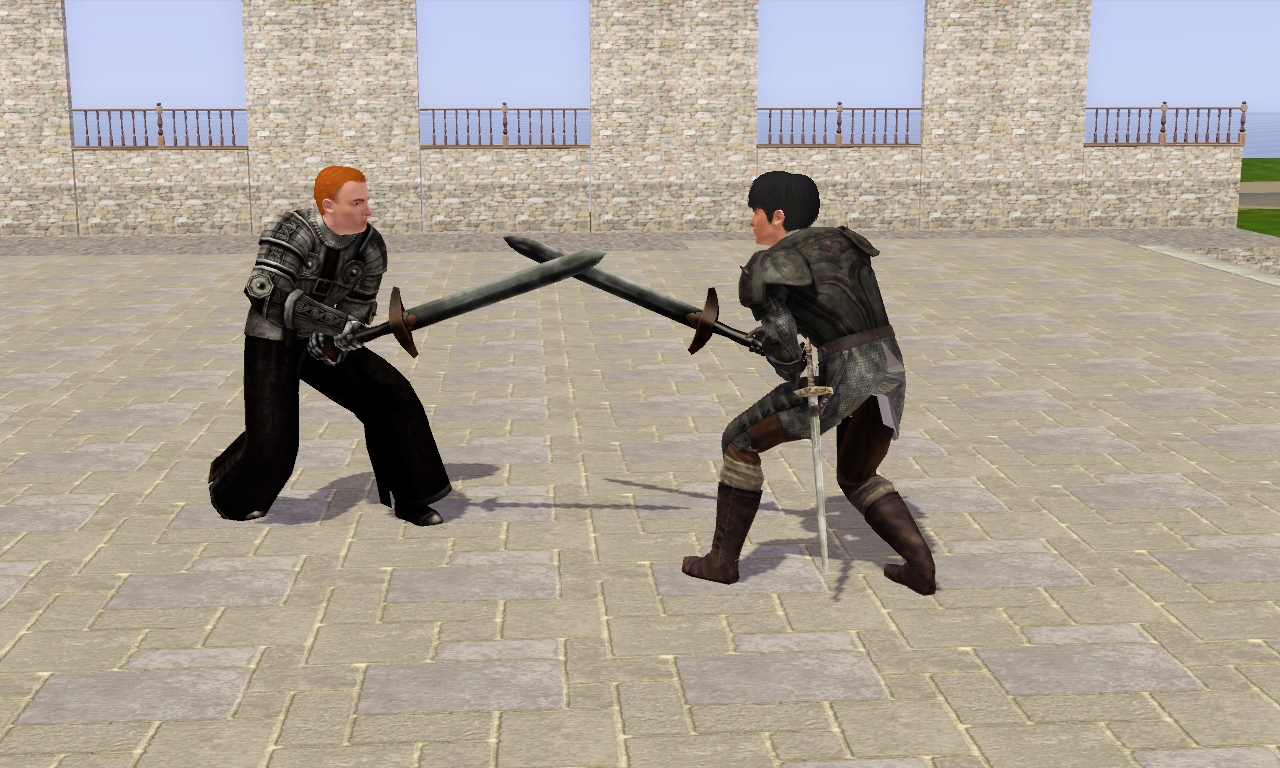 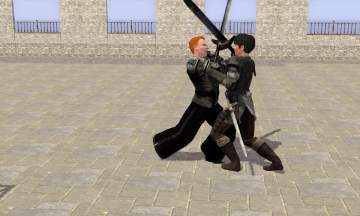 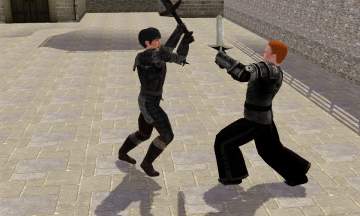 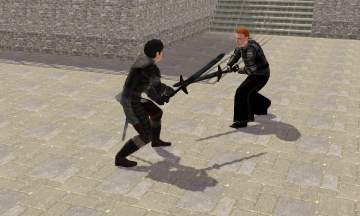 The interaction will function basically the same as the Spar, but the animations were changed to represent combat with swords. The animations were converted from The Sims Medieval by Studiostargirls, so their animation pack linked here is absolutely necessary for the mod to work correctly.

- Install the mod normally.
- Choose two sims with levels in the Martial Arts Skill.
- Using Master Controller, add to them a Martial Arts outfit using a sword (Or any other weapon - I've tested, and the animations work fine even with scepter and lances) and make sure that they will appear when the interaction plays out by changing into them.
- Play.

Additional Credits:
- The creators of S3PE and SmoothJazz.
- As stated before, Studiostargirls
- Battery, PuddingFace and Lyralei for helping out in the creation of the mod.
- And to you, for downloading this mod

See: Game Help:TS3 CC Basicswiki for a full guide!
Back to download view
36 Comments / Replies (Who?)