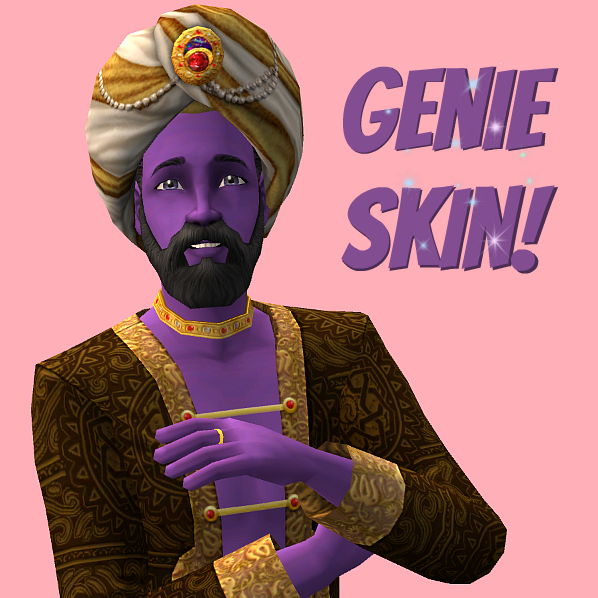 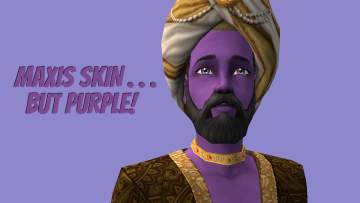 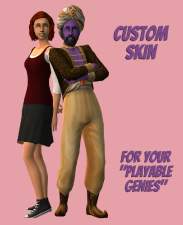 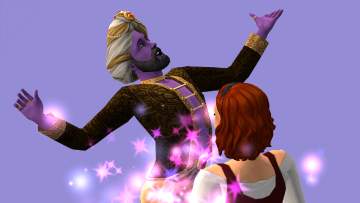 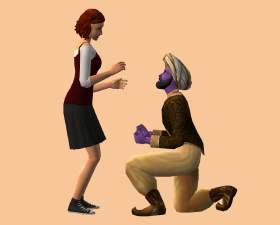 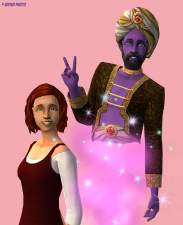 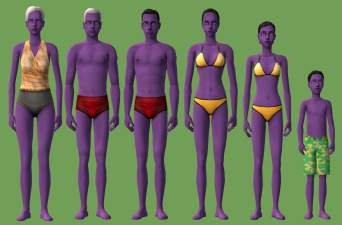 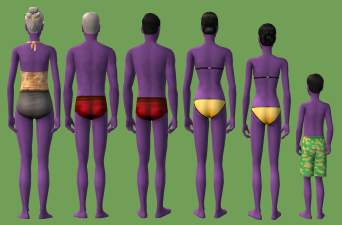 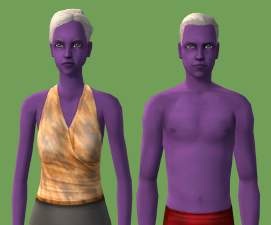 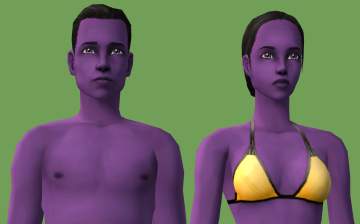 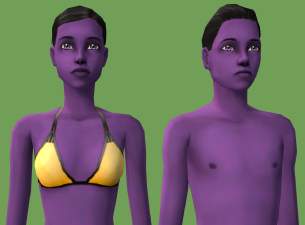 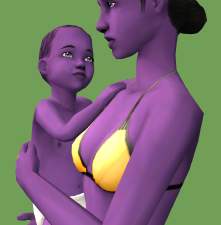 34 Thanks  Thanks     12 Favourited
This is a Maxis Recolour which means that it is a recolour of an item that already exists in your game. Please check the Expansion pack requirements to see which game pack it recolours.
I've always liked the genie that came with FreeTime. And it got me thinking: how great would it be to move him into a family as a playable Sim, so that he can be a companion to his master or "mistress"? 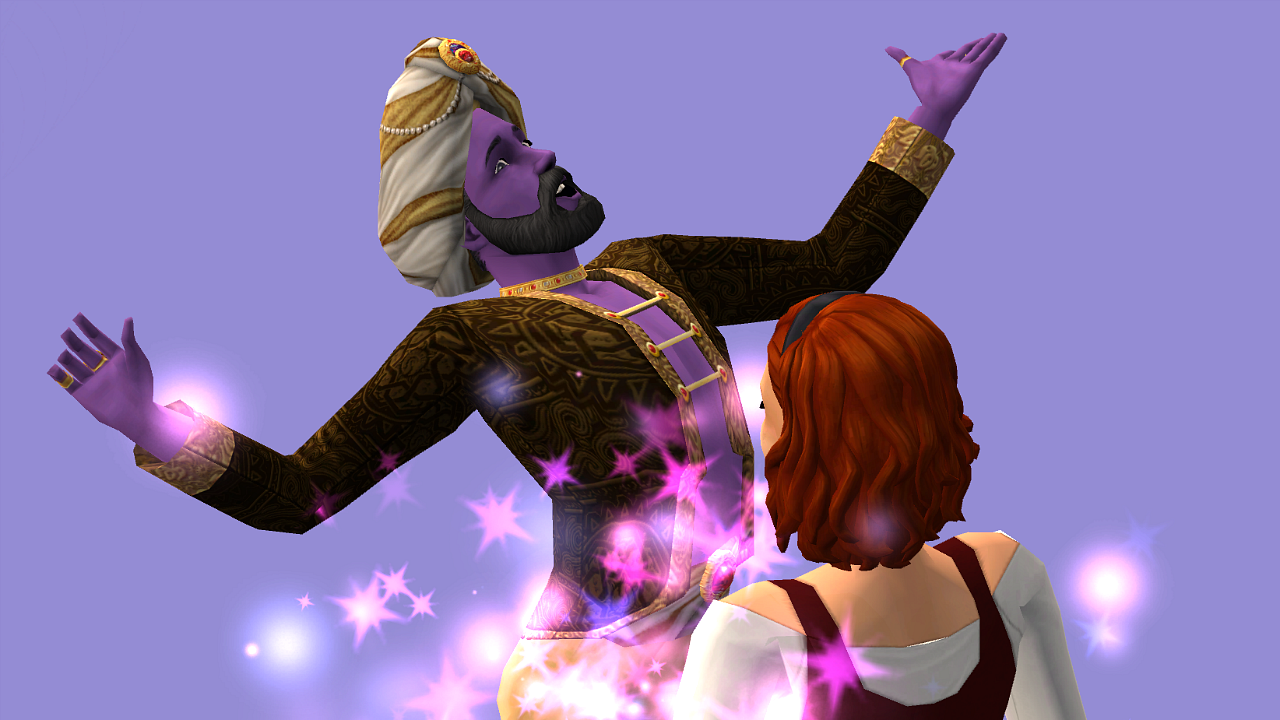