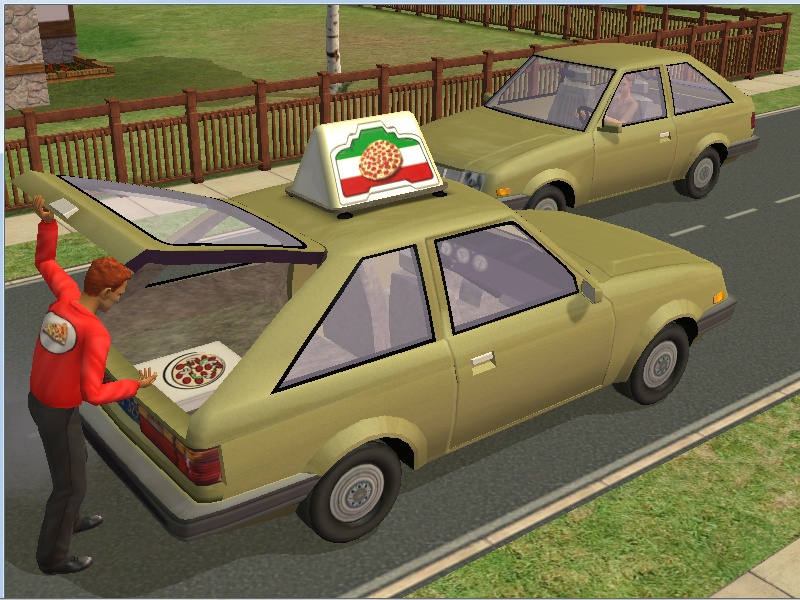 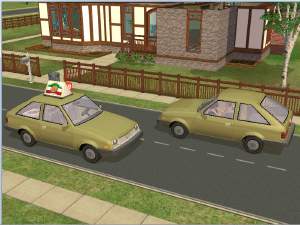 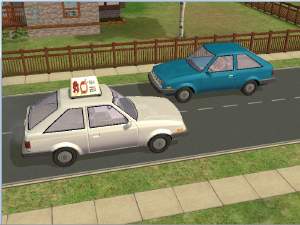 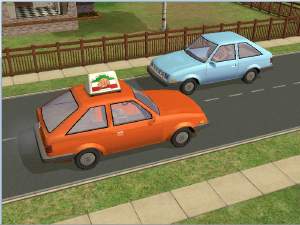 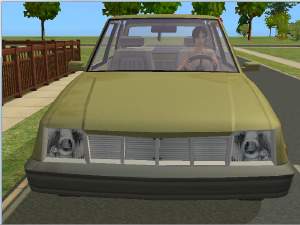 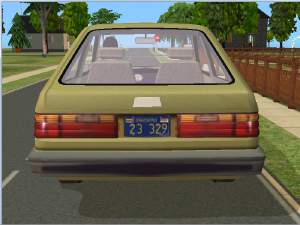 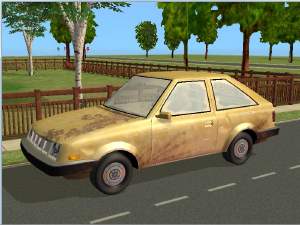 Hatchback_Original.jpg - width=800 height=600
The original entry level carpool and delivery car, in all its grunginess

1,471 Downloads 59 Thanks  Thanks 16 Favourited 4,778 Views
Created by dharden
View all Downloads
Uploaded: 25th Apr 2020 at 7:21 PM
Updated: 4th Jul 2020 at 11:24 AM by HugeLunatic - fixed category
These are sets of clean default replacements for the grungy, rusty hatchback that's used as the entry-level carpool, and as the delivery vehicle for pizza and Chinese food. There are two sets; one replaces the carpool and the delivery cars, while the other only replaces the delivery cars. They are made so you can use one from each set, so long as you only use one from each set. If you use more than one package from a set, the game will use whichever one loads last, which may not be the one you want. Each set is in its own rar file, and resources are not compressed. The packages should not require any expansion or stuff packs, but I am unable to test them in a BG-only environment, as AGS doesn't play nicely with stuff packs that were installed from compilations.

The available options are light blue, orange, white, a darker blue, and gold. The light blue, orange, and white textures are by Maxis, and are textures for the Smoogo Minima from Nightlife. The darker blue is a recolor I made for this set of default replacements for the Smoogo. The gold texture is from this set by Michelle; it's included because I used it to replace the rusty Smoogo that Maxis included with Nightlife. When Maxis made the hatchback a drivable car, they greatly lowered its reflectivity, and made other changes to the TXMT, so all the replacement packages use TXMTs made for the drivable Smoogo. A replacement carpool/delivery car should look much like its drivable counterpart would, if it were in the same position under the same lighting.

Note: The replacement that joninmobile/TheNinthWave made here uses the higher-reflectivity TXMT for the car's body, so my white replacement is not quite the same as his. Depending on lighting, his replacement may appear whiter and/or shinier than mine does. My clean replacement for the dirty-windshield texture is based on his. I remade it so it would include all the sizes in the original Maxis dirty windshield texture, but I used the color and transparency of his texture to do that. Aside from that, I didn't use anything from his package. I did, however, follow his lead in not compressing resources.

Additional Credits:
Maxis, for the cars themselves, and Michelle, for the gold recolor.

I may not have thought to do this if TheNinthWave hadn't done a version earlier. Also, thanks to Cloud_Strife for prompting me to revisit my defaults for the drivable cars.
Other Information