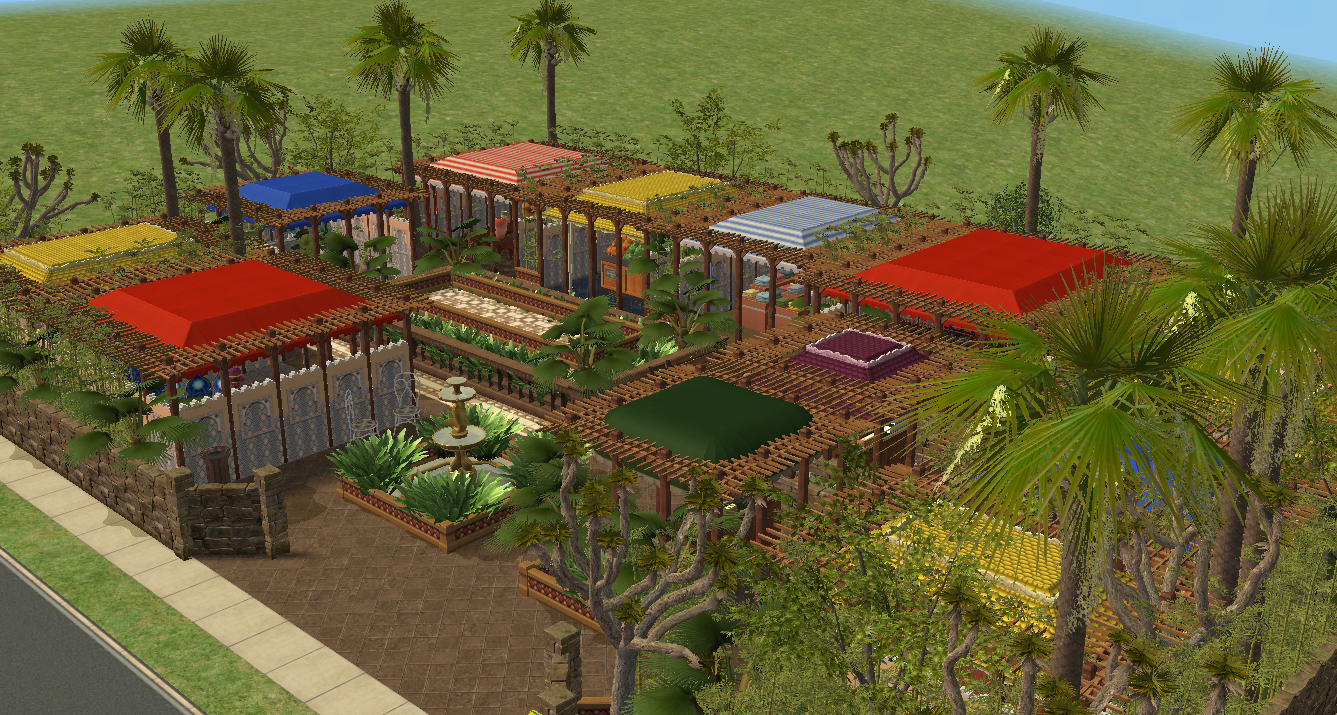 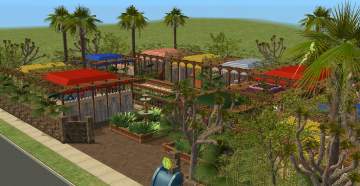 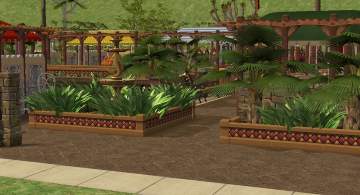 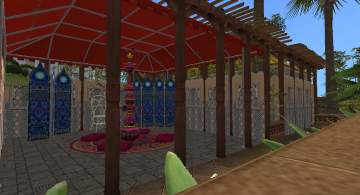 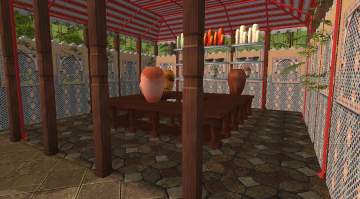 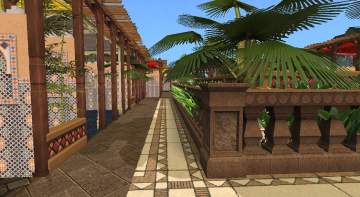 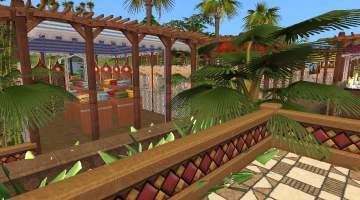 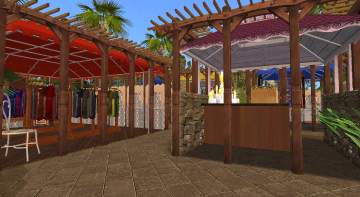 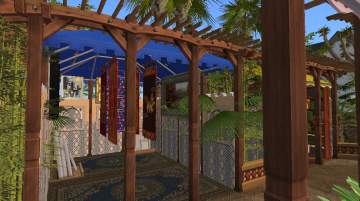 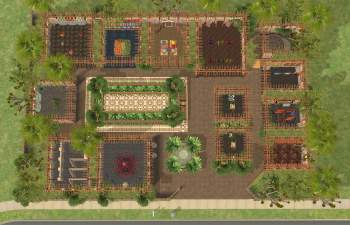 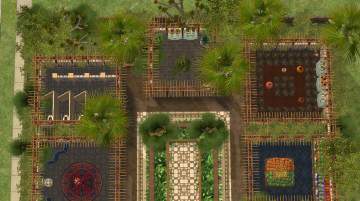 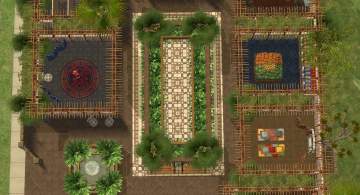 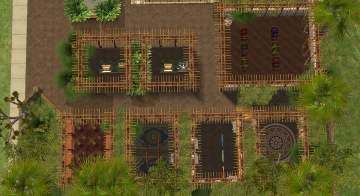 50 Thanks  Thanks     10 Favourited
I always wanted to create a market and this was my first. I don't think I've even seen one across this site, therefore this was entirely self-inspired. I hadn't planned for this to be Moroccan themed either, but as I starting testing with some of the Moroccan build items, It just sort of came together.

I've always loved the idea of having my sim family run a market as a business. Running shopping centre's have been a challenge, but due to the small size of this lot and communal tills, I think this will be manageable and fun!

My starting point was with the tent roofs. I've not used them much previously and when initially building them in this lot, it looked simplistic which led me to add the wooden structures. From here, I wanted a rustic sort of feel and once I starting adding the plants and trees, I decided to head down the root of Marrakesh inspired - not that I've ever been!

When furnishing the lot, the theme became more vivid and I actually surprised myself with how much furnishing on The Sims 2, lent itself well to Morocco. I was able to create ten unique stalls (one being a bathroom), that actually sell things you'd realistically expect to buy in Medina Market. These vary from clothes and food, to paintings and pottery. Initially, I was going to add tills in each, but I realised this would be a struggle with space.

The centre piece with the walls and trees around it was my final addition to this lot and without this, it felt incomplete. This tied everything together so well and made the lot look really detailed throughout. Yes, it's cluttered - but this was exactly my purpose.

This is my first Moroccan themed creation and probably the most unique community lot I've designed. I definitely will test the water with attempting to build a Riad in the near future now that I've managed to build something with this theme.

In terms of creating a fully functioning market, this was also a success. I am going to try a Oriental themed one as well as some point and I imagine this may be easier with Takemizu Village as inspiration.