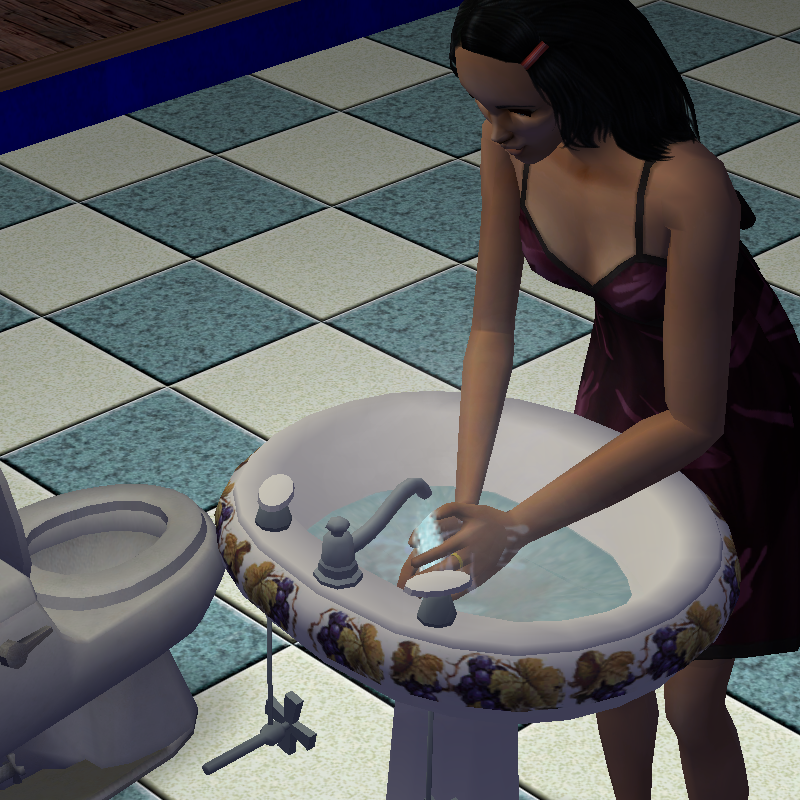 43 Thanks  Thanks     11 Favourited
Introduction

This is a global mod which improves how toilets are being used in the game. While some of the features are original, I reimplemented several features previously found in separate mods which would be incompatible with each other. The result should make the whole experience of using toilets in the game more interesting and less annoying.

No number 2. In the vanilla game, the Sims decide what need needs to be satisfied based on the bladder motive. If the bladder is less than half full, they go for just a quick pee. However, if the bladder is over half full, they decide to go for a number 2, and thus sit and read the paper. As I only send my Sims to the toilet when they really need to (don't you?), they always end up doing a number 2. With this mod, the whole concept of number 2 is removed. While females still sit to pee, males always use the toilet standing. And nobody ever reads the paper while doing it.

Wash hands. Bringing back a feature from the first Sims game, your Sims will now wash their hands when they are done doing their business, if it fits their personality. Clean Sims will always do it, dirty ones will not. A sink must be available in the same room though, as they won't search the entire house for one. Sims will skip the sink however if the next queued command implies a bath or shower.

Only when needed. Consistent with other motives, using a toilet is only available when a Sim's bladder is about one third full. Who goes to the toilet for just a drop?

Can't stop it. Seriously, who stops in the middle of a weewee to answer the door? Once they have started, the action cannot be cancelled anymore, either from clicking the icon or from a higher level action. If you do cancel it, they will still finish up and flush, but they will skip washing their hands. Let's just give them this short moment of satisfaction, even if the carpool is honking like crazy.

Silent. The sound of males peeing seems pretty unpopular with more than one mod removing either the louder than a tv adult sound or the annoying xylophone boy sound. These were even removed from subsequent incantations of the game. This mod takes care of both and makes peeing a silent experience.

Community lots. Stalls and urinals, whether on a community lot or at home, work just the same. As I was at it, I included HugeLunatic's No Recolor Flush!. The urinal doesn't get dirty over time and flushing it won't flush any recolour being used. Furthermore, shy Sims won't shoo other Sims out of the bathroom. Lastly, I improve the whole algorithm so that Sims are less likely to collide with each other when trying to pick a urinal at the same time.

This mod should work with the engine from Pets or later.

The following mods are either incorporated into this mod or similar in functionality and should not be used in conjunction with this mod:

In addition to modifying several routines concerning toilets and urinals, this mod introduces a global function with instance number 0x0701.