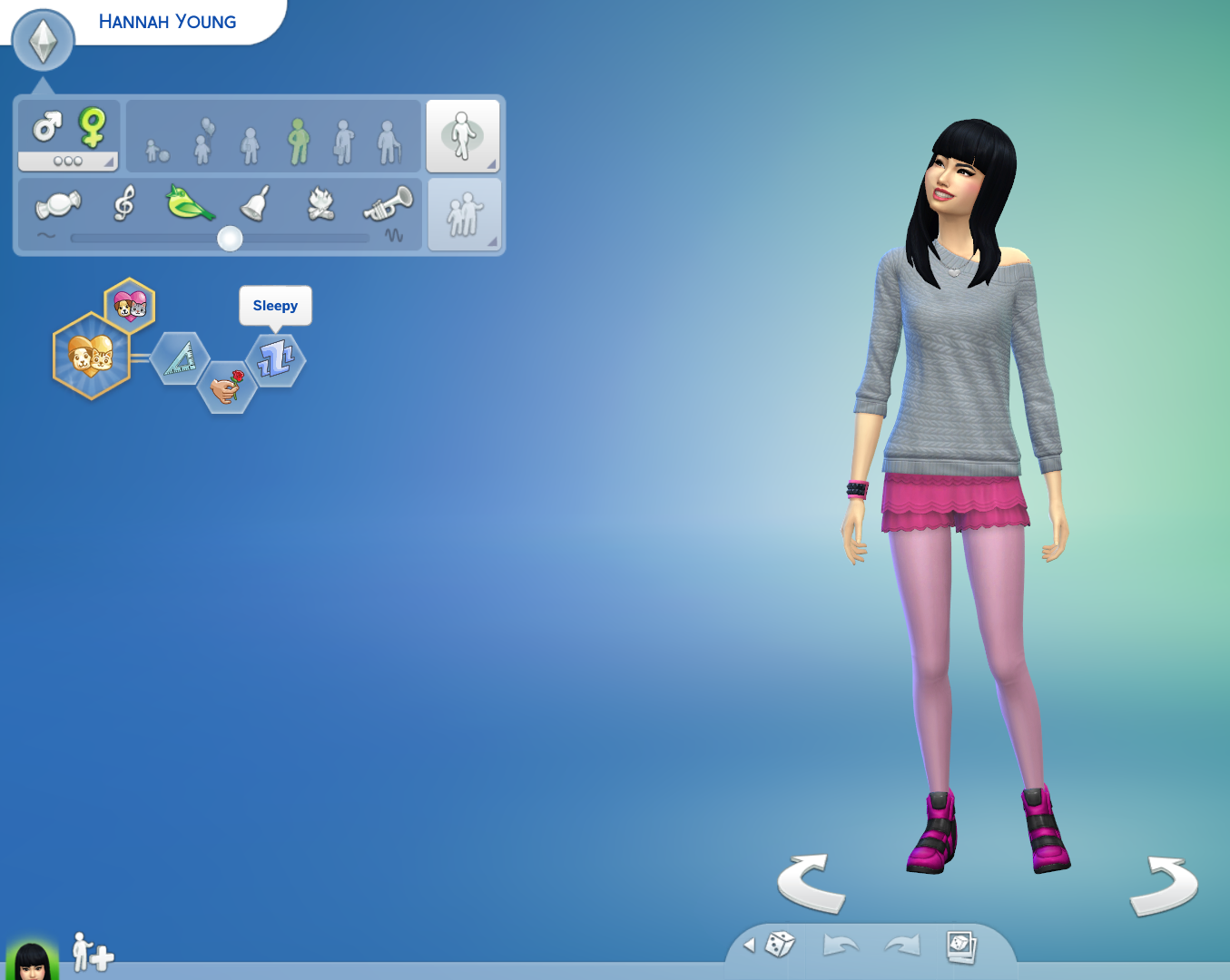 124 Thanks  Thanks     17 Favourited
My first mod! I decided to make it because I wanted a character to be tired more than other sims, and Lazy just didn't fit the bill. Searches didn't come up with anything, so here we are! Basically, I tried to make this trait so that the lack of energy would have an obvious effect without making the character unplayable.

Sleepy Trait
The main effect of the trait is an increased Energy decay. As a small balancing factor, Social and Fun needs are slightly decreased.

There are a handful of occasional buffs.

Sims with this trait will also get some extra Whims.

Take a Nap, Sleep (Dazed) or Get to Know (just because)

Sims with this trait may become dazed from watching TV (Drifting: Dazed +1)

Sims with this trait will tend to take naps and go to sleep autonomously more often than other sims.

Sims with this trait will have a harder time getting Focused. They also build Fitness slightly slower.

This trait can be found under Lifestyle traits for ages Child and older. Install in Mods folder, just like normal.

I'm hoping to update this trait later, once I manage to get Social Interactions to actually work. I may also add more features/fix any bugs that pop up!

Thanks to Zerbu's Mod Constructor!