Slow down the cars! (Also works with FLS and CC!) 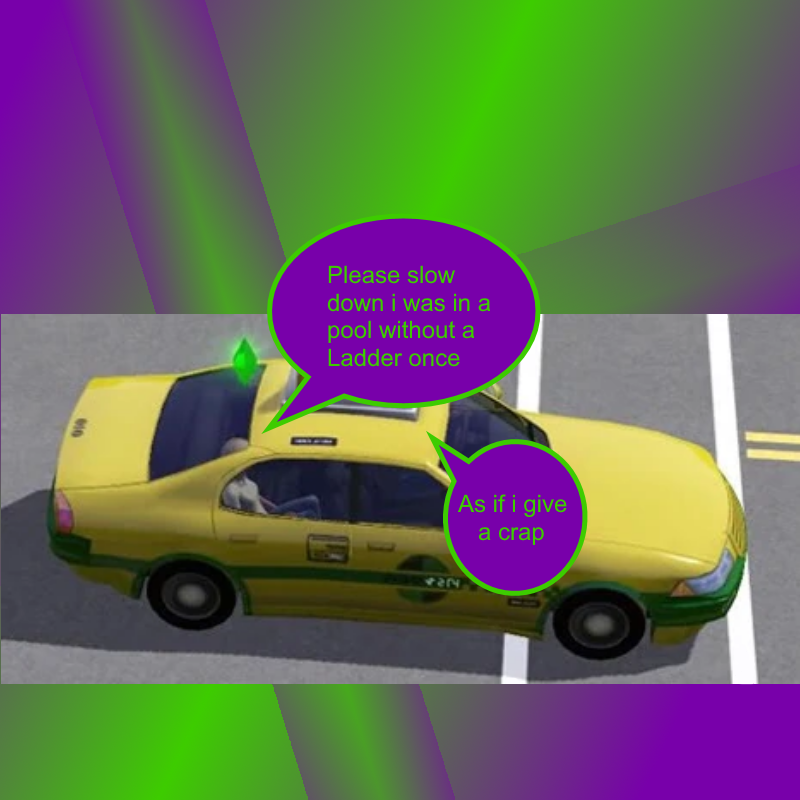 80 Thanks  Thanks     22 Favourited
I really hate the fast speed of the cars, so I got rid of them


This is a mod that changes the speed of cars, but the Simpsons distracted me too much, I hate TV now. Speed limit signs in this game say "20" and cars drive so fast that it wins the alt+F4 race, cars now drive 20 Meters-Per-SimMinute and even FLS and CC cars are affected, but you don't need FLS

WARNING: if your Sims live too far from work, they may be late even though they are in ze carpool. also, emergency vehicles aren't affected.

ANOTHER WARNING: Level 10 atheletic sims and galloping horses will outrun your cars, i will release a faster version later.

Additional Credits: S3PE for making this possible, and my test Sim's that would rather light a firework indoors.

(I advise you to install all of the files)

See: Game Help:TS3 CC Basicswiki for a full guide!
Back to download view
9 Comments / Replies (Who?)