N.A.P. Autonomy Disabler for My Households/All 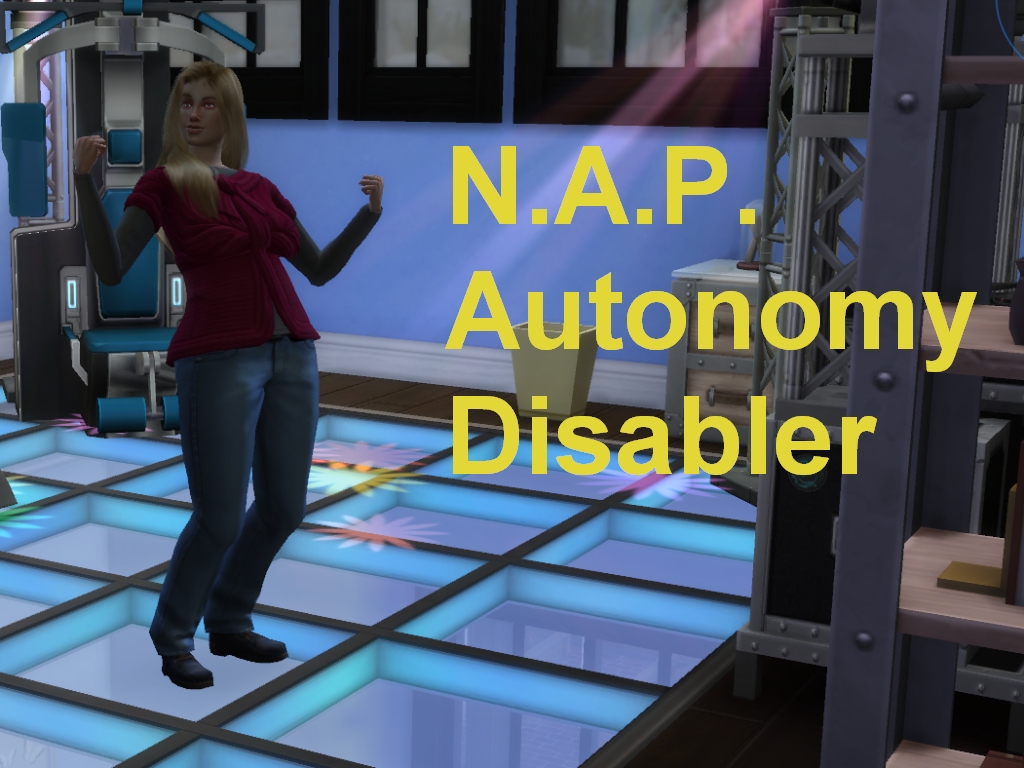 53 Thanks  Thanks     5 Favourited
Update 2020.08.07: remove buff_CivicPolicy_PlayerTracking files as they are used to gain infuence points, and are not relevant to the mod.
Update 2020.08.08: Include a new variant/alternative:

N.A.P. Autonomy Disabler for All.
2020.08.21: It seems that unplayed sims from "My households" still displayed "stuck commodities" behavior when I use "N.A.P. Autonomy Disabler for My Households". From what I've seen, they still adhere not to follow current lot's N.A.P., just the policy they picked from elsewhere (which they weren't supposed to). Please check the file in the comments section, see if it helps remedy the issue.

I've tested again without the mod, and it seems the problem has really been fixed by patch 1.65.70.1020, at least on active household. So I've updated the mod to include played sims from any other households to be exempted from N.A.P. autonomy.

Mod Description
The updated mod disables N.A.P. autonomy on My Households, when they were invited as guests, meaning that only NPCs in other households will follow N.A.P. for the current lot. For your information, N.A.P. autonomy is supposed to be applied on NPC only, ideally. For example if the current lot has Sharing is Caring N.A.P., NPCs on that lot tend to steal things. With this mod, this will prevent played-sims guest from becoming thiefs, if it's a concern.

It seems that everything in My Households regardless of "has been played" or not, are exluded by this mod from N.A.P. autonomy, thus I've renamed the mod to properly reflect the scope which this mod works on.

N.A.P. Autonomy Disabler for All (Alternative)
I just put 2 test rules that clash with each other, thus cancelling each other. I've tested on a lot with Paper Bag Head N.A.P. None of them wore it (every existence of NPCs). I also tested on a save where a bar had 100% chances of stealing occurence, with success. No warning or error thrown so far. Regarding the aforementioned conflicting rules, I don't know what disaster it might cause (just an exaggeration, this mod only prevent the game from giving NPC buff) but it worked! If unsure just create a new save.

Please delete the previous file "CivicPolicy_commodity.package" (the new one has a different name, it won't overwrite)

Conflicting Resources
It will conflict with any mods that modify the following resources: