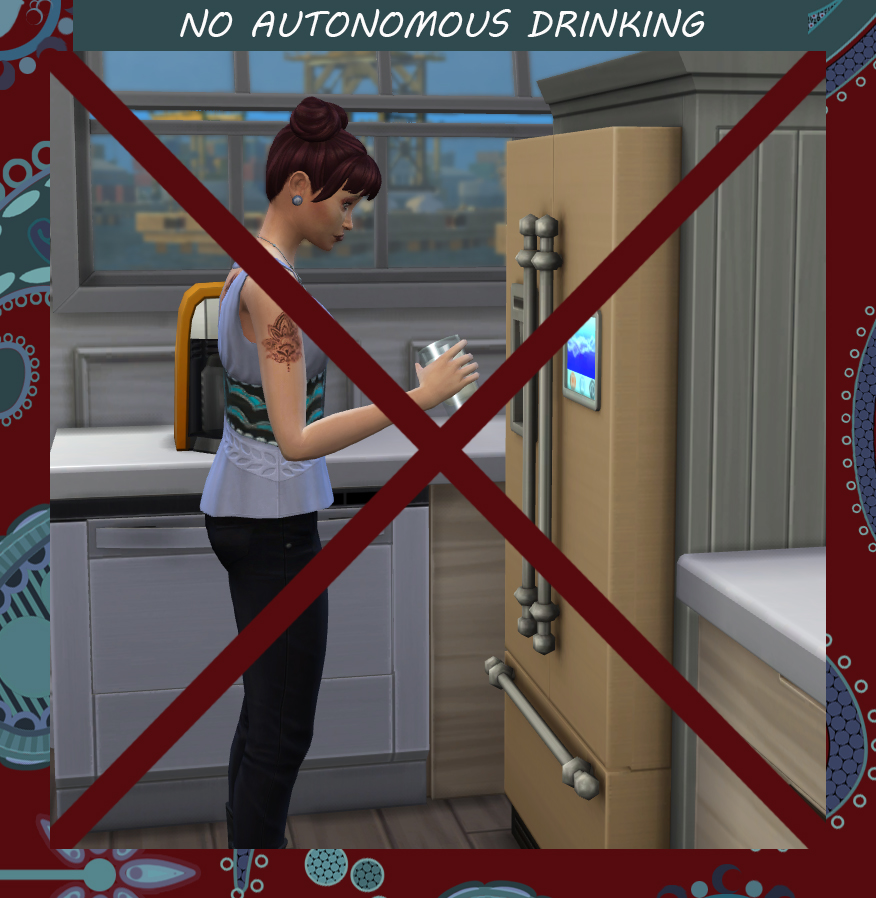 26FEB2021 UPDATE: I'm attaching my January version of this mod as I know it works for me after the February 2021 update. Only install this version if yours isn't working.

I'm back into the game and noticed the two mods for no autonomous drinking have broken due to the new updates, and since sims drinking autonomously drives me batty, I thought I'd make a new one!

This mod will stop your sims from grabbing a drink autonomously. That's it!

Sims will still drink at a public venue, and they will still brew tea or coffee.

It was created using several tuning files that will conflict with any other mod that alters the same files: Previous mods:
by taraab
by Tanja1986