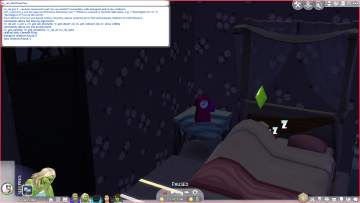 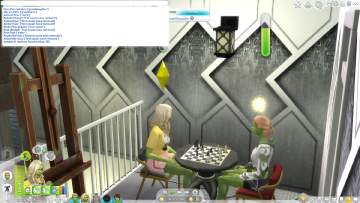 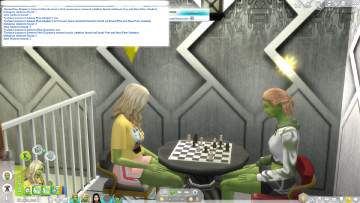 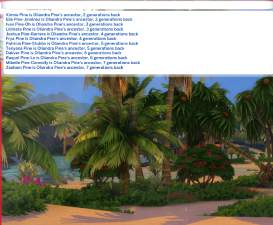 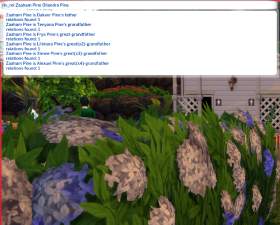 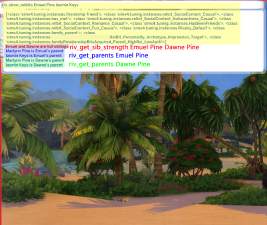 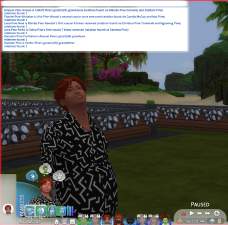 101 Thanks  Thanks     48 Favourited
NEW for gen 2:
In-law relations! Now this mod adds spouses and in-laws to the list of relations it recognises (these count as non-biological).
riv_rel_all sim_x: gives a list of ALL relatives that sim_x has in the save file - this might take a bit if you have a legacy or MCCC story progression has been on for a few generations!
riv_rel_rand sim_x: checks the relation between sim_x and a random sim
riv_help now just lists the commands and how many arguments they take, because I'm expecting to add more
And the thing I'm most excited about - a new social interaction! Now your sim can ask another sim what their relationship is and a notification will come up! This can be done autonomously, so please let me know if you end up being spammed with notifications. I am incredibly grateful to Zerbu for the Mod Constructor which I used for making the interaction without the notification, the late scumbumbo for his tutorials which were a MASSIVE help in figuring out how to do this, and Jamjars for fixing my XML when I was losing my mind over passing the actor and target sims to my script. Because of this, the mod now contains a .package file, so remember to delete the old .ts4script and replace it with BOTH new files in the .zip!

FIXED:
There was an error thrown with sims who had multiple direct relations to the same sim. This has now been fixed, even if your wreath of a family tree has not!

Hello! I'm Riv and this is my very first mod, riv_rel! This should not conflict with any other mod as it doesn't modify anything in-game; it just adds several console commands and a social interaction showing family relationships between two sims, with distant relationships in mind. I know I can't keep track and I've always wanted to pick up Python anyway, so this was a fun challenge! Please let me know if you get any errors!

How to install: Unzip riv_rel.zip, and then move riv_rel.package and riv_rel.ts4script into the Mods folder (or Mods/foldername, but no deeper).

How to use: Open the console with CTRL+SHIFT+C, and then enter one of the commands below, where sim_x and sim_y can be written using the sims' full names or their sim ID. If the sims aren't found then you'll get an error, probably that _connection has too many arguments. If your sim has a space in their first/last name, you need to put quotes around this name (for example, J Huntington III has to be written as J "Huntington III" or "J" "Huntington III"). The new social interaction is under friendly after an introduction and can be used autonomously.

Main commands:
Extra commands:
I plan on developing this more later, but for now the supported relationships are only the direct/indirect biological relations shown below (kids adopted via the computer/wishing well count as biological, since I haven't seen anything in the game distinguishing them) and in-laws.

Direct relations:
Indirect relations:
In-law relations:
Limitations and known issues:
Possible future ideas:
I have a few concepts I'm still thinking about - ex-in-laws (with a distinction between widow(er)s and divorcees) will probably come up in gen 3, and maybe step-family (way more complicated than in-laws, it turns out...). I also want to look into sims doing genealogy research on the computer, and maybe saving some information for culled sims so that you can still see family relations even if the sims have been culled for performance reasons (so storing the name and gender, as well as parent/spouse connections, and hopefully having the option to "rescue" sim info from previous versions of the save), though this is... pretty involved.

On translations:
Unfortunately, since most of the strings are pieced together by my code, different languages handle distant family relations very differently, and I'm still adding more features, I'm not going to make any promises about implementing translations. I'd love for my mod to be more accessible, but I'm just one person doing this for free in-between searching for jobs and it's getting even more complex than it was when I started, so I'd have far too many things to ask someone else to translate (or translate myself if it's Spanish). It requires reworking way too much and I'm sorry for saying earlier that I might be able to provide this!