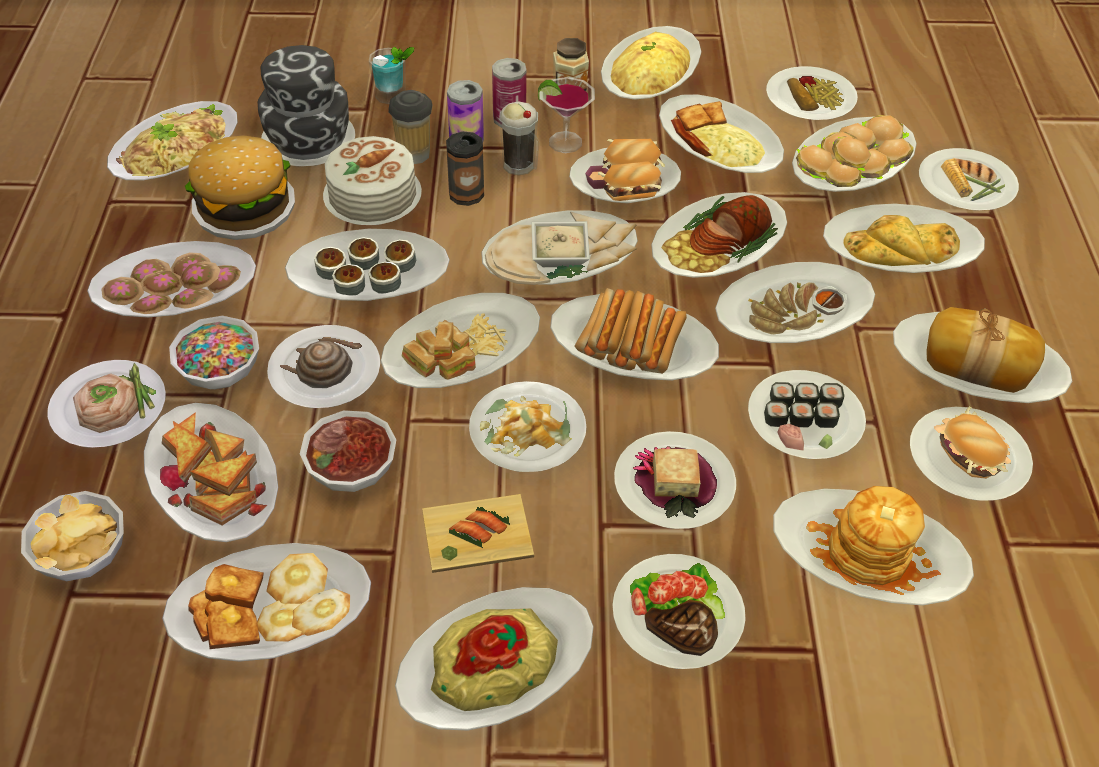 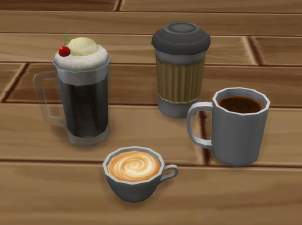 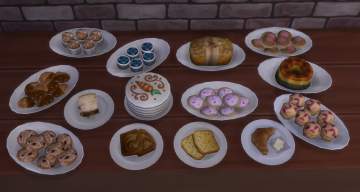 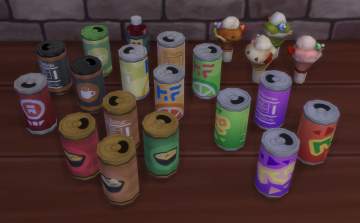 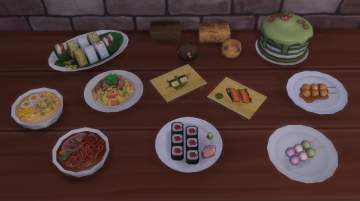 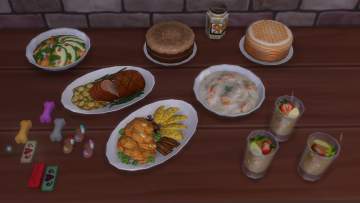 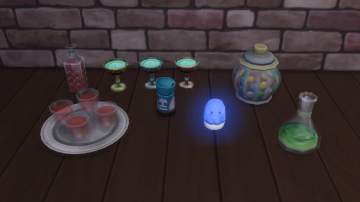 37,937 Downloads 483 Thanks  Thanks 158 Favourited 35,549 Views
There is an update available for this mod! Last downloaded: , creator last updated:
Personal Picked Upload!   This is a personal favourite of the creator!

Created by Cowplant's Cake View Policy / About Me View all Downloads

If you need help, make sure to give details, like the error name. You can also follow the "Frequent Questions" below for common errors.

Updates:
Note: This mod will always be compatible with all game versions.
unless that for some reason they change all foods ID
(which probably will never happen)

- Added Paranormal, Vintage, Fitness and My First Pet.
Update 3:
- Finished the big clean on all textures, done the missing base game stuff and now in all already done dlcs. No more weird colors where it shouldn't!
- For some reason, some textures was in the mod, but the original one, not the upscaled. Now it has been fixed.
- A lot of foods will be much more like the original look now. (with some exceptions that are an absolute mess and had to be completely/partially done from scratch.)
- Some things has been done by scratch, like coconut toppings that became just a white blur.
Update 2:
- Did a big clean on all the textures, fixing ugly looking stuff, black borders and adding a lot of detail that was lost with the previous upscaler.
- Changed the sliced tomato with a new texture and the ambrosia model since the previous one was a bit messed up.
Update 1:
- Added Seasons, Cats and Dogs, Get Famous and Spa Day
- All unnecessary data was removed from all files, it should be fully compatible with small mods like price changes now. It also means that the separated version don't have only english translations and aren't going to show as "modded" in the game.
- Fixed black textures, depths, missing upscaled textures and more.

Description:
This mod override all food textures with one 4 times bigger (upscaled), keeping the original maxis match look, so you can get closer without it looking like an absolute mess. (mostly, some are so messed that it's hard to make it good)

It's a Work in Progress! It will take a long time to finish since to do base game + 4 dlcs took over 3 months. Feel free to warn me about bugs and issues, like foods using wrong textures and pixelated shines.

Separated version note: I'm aware of the colossal amount of files that it have and it can cause more lag issues than bigger mods, so I ask you, after deleting what you aren't going to use, you SHOULD merge all files with Sims 4 Studio, otherwise it can cause very slow loading and even fps drops. (Note that file amount can be a lot 'laggier' than file heaviness)
You don't need the separated version if you don't have all dlcs, it's just ignored by the game and don't make any difference!

Notes: Base game have content from other DLCs (for some reason) that make the actual DLCs progress unknown.
Some models, like the Ambrosia, has been changed to fix some issues, so it don't only change textures.
Some images was made on Sims4Studio preview just for textures comparison (because in game screenshots are really difficult to do), so ignore glitches like buggy transparency, lack of depth and shine effects for this ones.


Performance:
If you have a weak PC, this probably isn't a mod for you.
The game isn't going to have more than 20 foods in the lot since it's the size limit for sims (considering that they are all eating) but 4x textures still make it 16 times heavier.
Some things like onions that your sim cut in the table reflect in the gardening plants which can make the garden more heavier too.


Compatibility:
-The merged version can't be used with anything that change the food texture or model.
-The separated version just need that specific food files to be deleted.


- The file is corrupt!
Nope, it's fine, you probably didn't renamed like the "multi file part" asked or didn't downloaded the second part. It can be corrupted when you downloaded, try downloading again.
There was an old error that happens when an old WinRAR try to extract a file from a new version, try updating it.

- My game crash before starting with this!
It can be a bad extraction, make sure to don't use any file if it had an error during it.
Any possible 'mod heaviness' shouldn't cause this.

- The loading is too slow! My game is laggy!
If you are using the separated version, make sure you merged all files or it WILL cause this.
Otherwise, maybe you have conflicting mods or a weak pc. (You should be fine with a medium/high graphics)

- I don't have all dlcs...
You don't need to, the game just search for what it have and ignore the others, this include game updates

- I'm seeing black borders, weird colored things where it shouldn't or any visual glitch like that!
Comment about it and how did you find it! Those glitches are everywhere and it's hard to find everything alone.
Unless you have a model replacer, then it's just incompatible.

- Can you do X DLC first?
Yes, just ask for it and it will be the next after finishing the current one.

- When is the next update?
Can't give direct answers but check the development post for more info.
Other Information

Extracting is easy but you maybe get confused, just make sure you follow everything correctly!

1. Download all parts of the one you want, separated have 3 files while merged have 2.

3. Select all files, right click and extract with your preferred program (WinRar or 7Zip)