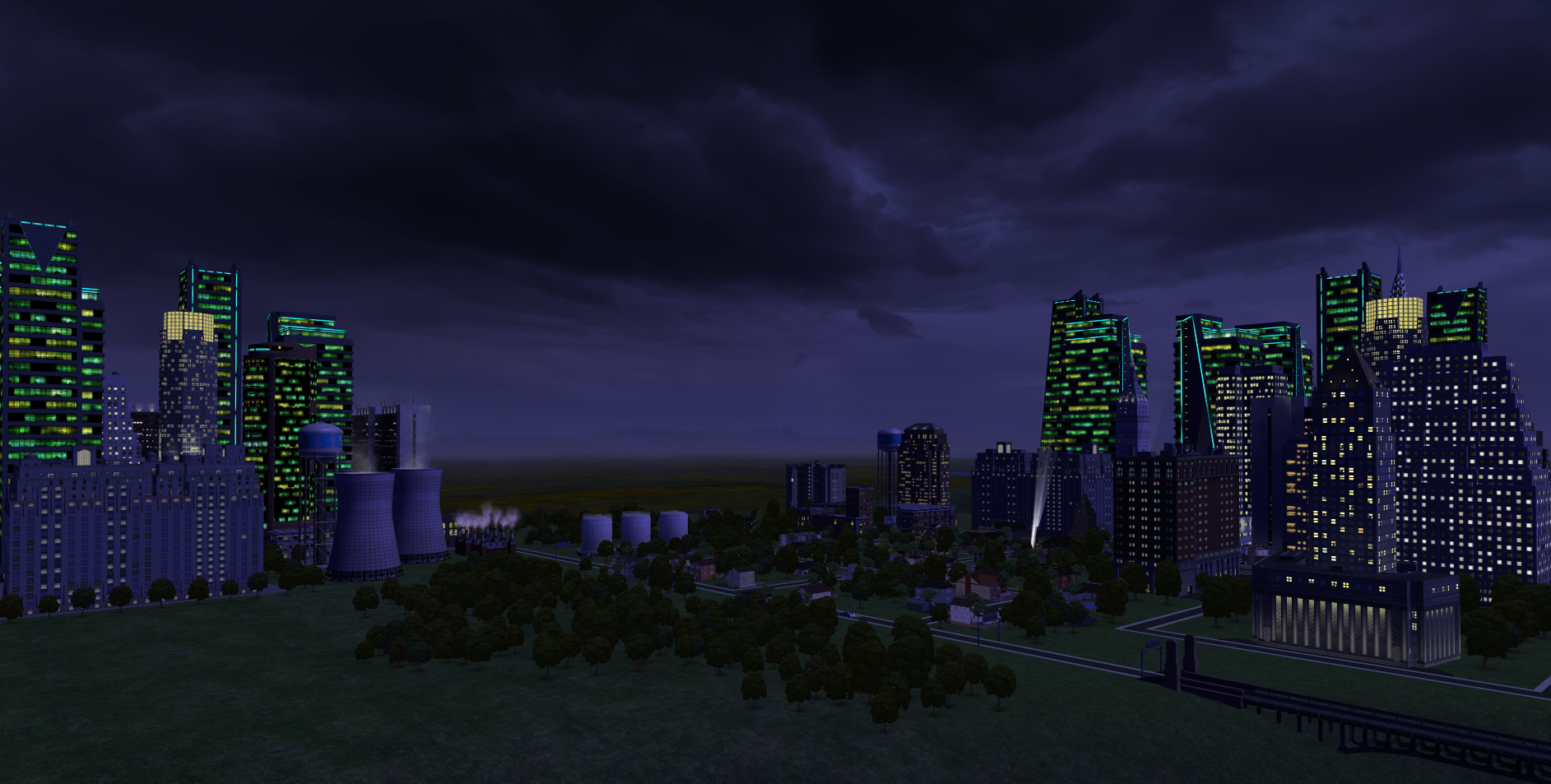 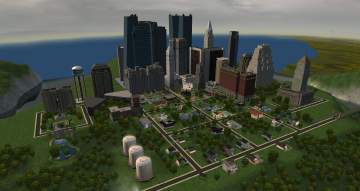 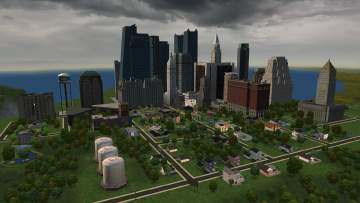 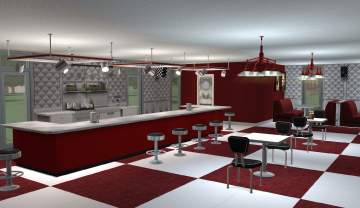 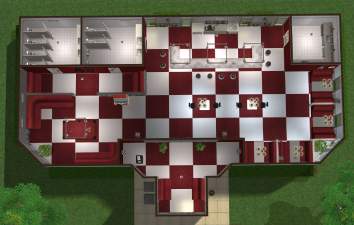 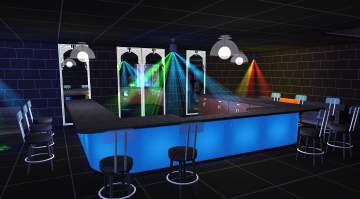 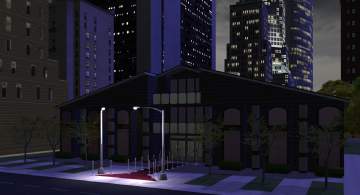 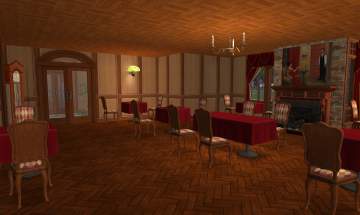 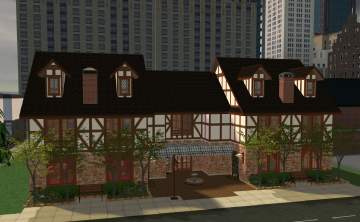 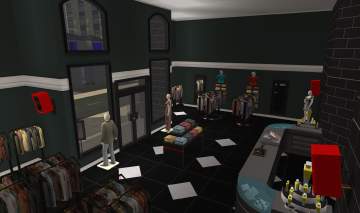 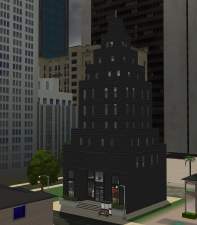 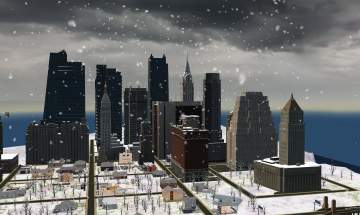 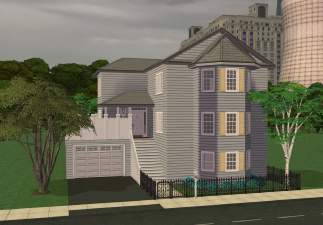 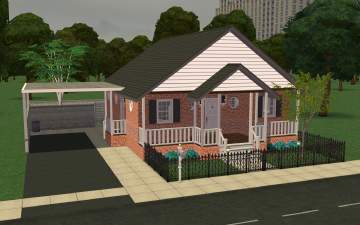 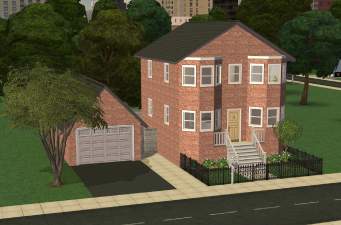 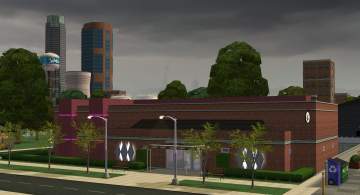 If you haven't been following me on Tumblr for the past few weeks, I took on a project to completely renovate all of Downtown from The Sims 2 Nightlife. This means all lots have been completely remodeled and updated. No more fugly Maxis lots! I had three main goals for this project - First, to update everything to look good and be fun to play, second to have each lot offer a unique experience, and third, to keep the original feeling of the lots in tact.

This comes in two versions - a Subhood version that you can add to your existing hoods, like you would with a traditional Downtown, and a Main Hood version, so you can play my updated Downtown as a main hood if you'd like!

*Please read all information outlined below. This has disclaimers, cc credits, and installation instructions.

General Information:
I renovated every single lot (except four lots which I removed from the hood, more on that later). Downtown had a special way of reusing the same idea for multiple different lots - I stopped counting how many dark vampy dance lounges with raised or lowered dance floors there were. Three freakin bowling alleys? As I mentioned earlier, I wanted each lot to have its own reason for you to come visit, and there were four lots that I ultimately felt offered nothing and wouldn't be missed if they were taken out. The following lots are not in this Downtown:

Aside from those four lots, every lot has been renovated - Including Residential lots!

Firstly, a HUGE thank you to all of the CC creators who have so kindly allowed me to include their CC in a single download folder. Below are credits to the individual pieces that were used, along with their creators blogs/profiles as well. There are also some important pieces of information and disclaimers about certain sets and defaults below. Please read everything before you bork up your game and blame me.

**You do NOT need to download the following items one by one. These are credits. All but ONE of them are included in a single download folder that you'll find included**

*Those with a * next to their name are Default Replacements.

Additional credit to the amazing and dear Mootilda for the extremely helpful tutorial on changing hood types :,)

DISCLAIMER: There are SOME default replacements in this CC folder. They have been marked in a separate folder with "-DFR" in front of their names. If you have your own defaults, simply do NOT add them to your downloads.


This does NOT include all of the items in the Bespoke Build Set. If you already have it, do not add these
folders to your game. If you do have it and plan on getting the rest of the pack later on, just delete these two folders and install
those from MTS. The items included in this folder are the following:

If you do not wish to use the entirety of BBS, then just use the items in the folders I have provided, as these are the ones
that are necessary in Downtown

The Roads that I use in this hood do not have a grass median between the road and sidewalk. The way my DFR's work is that that space needs to be filled in once the overlays are placed. If you do not use a DFR OR if you use something different, you may have to remove the filled in section. You'll know what I mean when you load it up. Also, if you don't use these defaults, there may be random rugs in the road, that is just the game replacing unavailable content.

If you don't plan on using the Phone Booths that are included, you will want to go back through the lots and add back the EA default phone booths. I am not sure if your sims will be able to get back to their home lot if you don't download the custom ones, since I deleted the original vanilla booths.

Excluded CC:
I used these recolors of Numenor's stairs. You WILL need to download these (be sure to properly download them) as they are NOT included, since Numenor does not allow this.

There are TWO Parts to the CC download. One contains the custom ITEMS that were used, while the other contains all of the DEFAULT REPLACEMENTS I used. If you want your Downtown to look just as it does in my images, download both.

If you want the Subhood version - Download the DTWN Subhood zip, unzip with your preferred program, and extract it to the following folder, depending on which version of the game you have:

DELETE THE D001 Folder, or move it to a safe location. This is the original Downtown.
Ultimate Collection: C:\Program Files (x86)\Origin Games\The Sims 2 Ultimate Collection\Double Deluxe\EP2\TSData\Res\NeighborhoodTemplate

Once this is installed, load up the hood that you wish to add the new Downtown subhood to, and add it as you would with the vanilla Downtown. Note that you will know it's the right one as the thumbnail will be different.

If you want the Main Hood version - Download the DTWN Main Hood zip, unzip with your preferred program, and extract to the following folder, depending on which version of the game you have:

TOU: I guess I need my own TOU now. Don't steal my lots or hood and claim it as your own. Use common sense. I am fine if you renovate one of my renovations and want to post it yourself, just give me credit and link to this original post. Also, do NOT redistribute the cc folder included. This is meant only for Downtown, only saying this as I wish for the creators to get all the credit.

Keep an eye out for my next project. Thinking of moving on to Bluewater Village or a Vacation Hood!

Enjoy and have fun :D

Download both if you wish to have the same look as in the images.