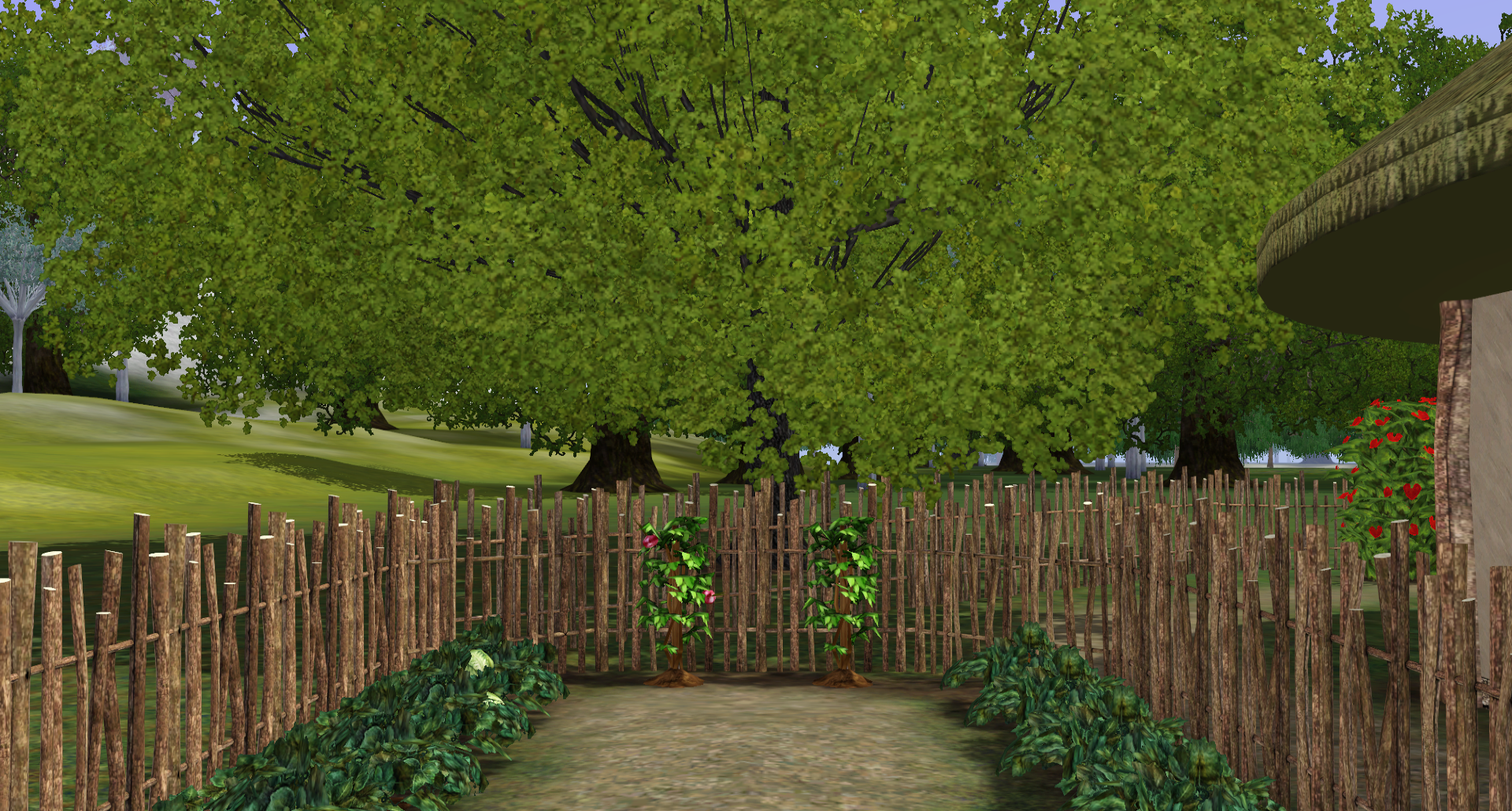 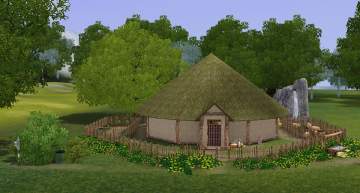 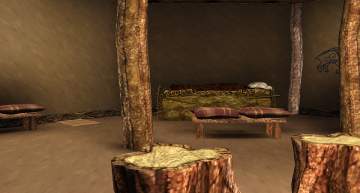 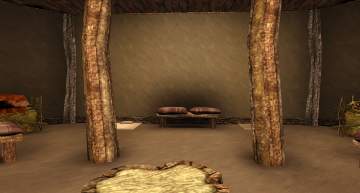 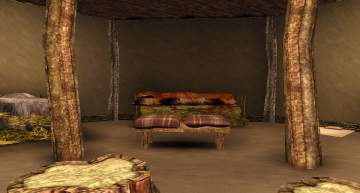 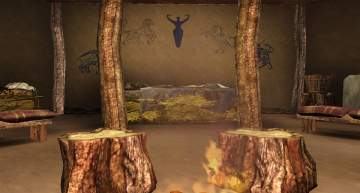 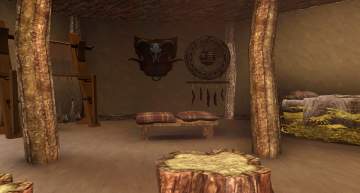 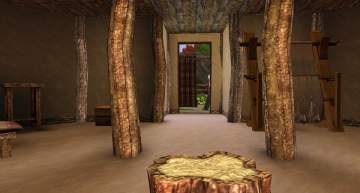 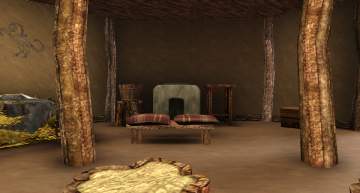 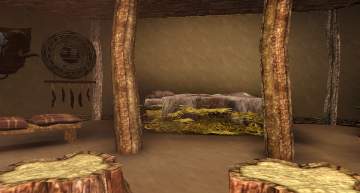 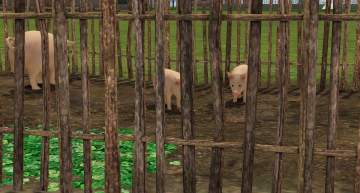 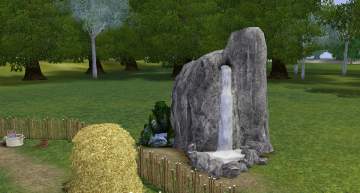 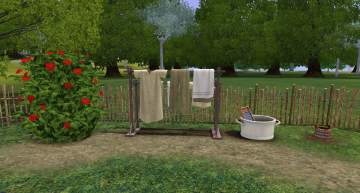 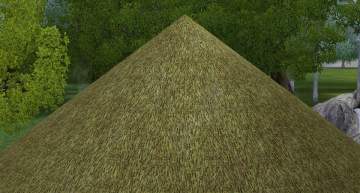 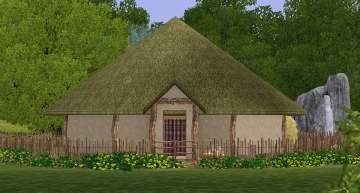 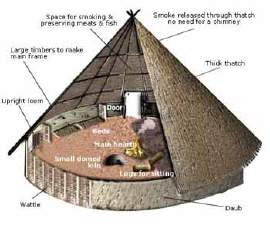 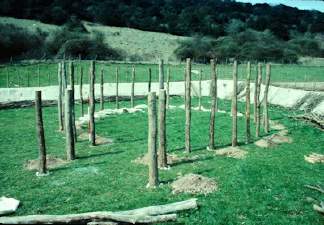 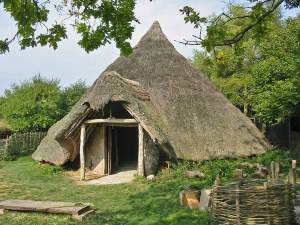 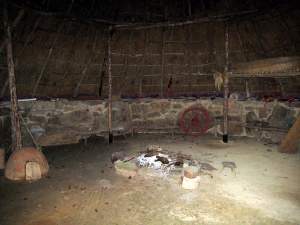 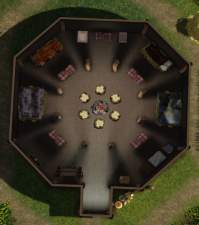 797 Downloads 66 Thanks  Thanks 28 Favourited 4,563 Views
There is an update available for this mod! Last downloaded: , creator last updated:

Created by windermeresimblr View Policy / About Me View all Downloads  Tumblr

This is an Iron Age roundhouse inspired by watching a lot of Time Team over the holiday season. It is as historically accurate as can be given the limitations of the Sims 3's build mode, and is also fully playable. No image editing was used except for cropping the screenshot used for the floorplan.

Wattle-and-daub walls and a straw thatch roof help your Sims stay toasty warm and protected from the elements in this one-room reconstructed roundhouse. The interior columns help to support the roof and divide the common area (the hearth) from the working and sleeping areas. The hearth is the center of the home, and is a functional firepit that your Sims can roast marshmallows, fish, or vegetables on for atmosphere. Six Sims can sit around it. There's no chimney, as this would simply make the entire building go up in flames per experimental archaeological research, but the smoke from the central hearth would rise into the thatch and create a "steaming" appearance in cold or wet weather. (To achieve this look, I ultimately used five of Buckley's shiftable fog emitters placed around the circumference of the roof and the following code: ep9bonfiresmoke. Some more experimentation is needed to make this more realistic; there is a fine balance between "gently steaming" and "call the fire department.")

The sleeping areas take up five of the eight "sides" of the octagon, and with certain CC (such as Danjaley's rug "couch"), can be used as extra seating for larger gatherings or simply to lounge on for more realism. The house sleeps 4 child or older Sims (two double beds and two single beds), one toddler, and one infant. If you use the Transmogrifier and a CC one-side-entry mattress on the double beds, the occupancy jumps up to six child or older Sims, one toddler, and one infant. I did not include curtains to add privacy, as I was concerned that this may cause routing errors, but they are featured in some reconstructions. They would be hung on the columns in front of the sleeping areas, and also helped to retain warmth.

The kitchen is to the right-hand side as one enters the roundhouse; ordinarily cooking would have been done at the hearth, but this would have impacted the aesthetic punch of a central fire, as well as caused routing issues. Therefore, I moved it a few steps away from the "action." A stove, counter, and (very disguised) refrigerator are included. Your Sim can go to the grocery store to buy ingredients for lunch, of course, or they can simply step into the yard and harvest from the vegetable garden and "pig-plant?" sty. The vegetable garden is entirely basegame compatible; the pigsty can be used instead for a chicken run, a very small flock of sheep, or as an outdoor workspace. Perhaps your Sim can weave when the weather's nice.

On the left-hand side of the entrance, there is a workspace and an "altar." While the loom is unfortunately decorative, you can place an easel, a suitably disguised sculpting station, or other skilling item there for your Sims' entertainment. The altar is really a disguised television!

Debug lights are included for ease of playing, but the main source of light should be the curtained door and the firepit in the center. For the most realistic effect, turn all the lights to flame and then dim them as desired.

Since this is a historical house, I have not included a parking space, but there is a hitching post if your Sims own a horse.

I hope you enjoy the house, whether your Sims live in it or simply use it for their annual field trips.

Specifications
Expansion Pack Content Used
Custom content was used but not included in the download; please obtain the following items prior to installing the Iron Age Roundhouse!
Build ModeBuy Mode
These mods are recommended for aesthetics and historicity.

Additional Credits:
I would like to thank the ModTheSims upload moderators, for taking the time to point out areas where I needed to make corrections, my sister, for her vital feedback on aesthetics, and rennylurant, for playtesting the lot.

I would also like to thank the people who commented on this thread with advice and encouragement! https://modthesims.info/showthread....1&goto=lastpost
Other Information

Description: An Iron Age roundhouse for your Sims to live in. This one-room building sleeps 4 child or older Sims, one toddler, and one infant. Kitchen and bath facilities (featuring a conveniently located natural spring) are also included, as well as a small garden and pigsty for sustenance. Created by windermeresimblr for ModTheSims.