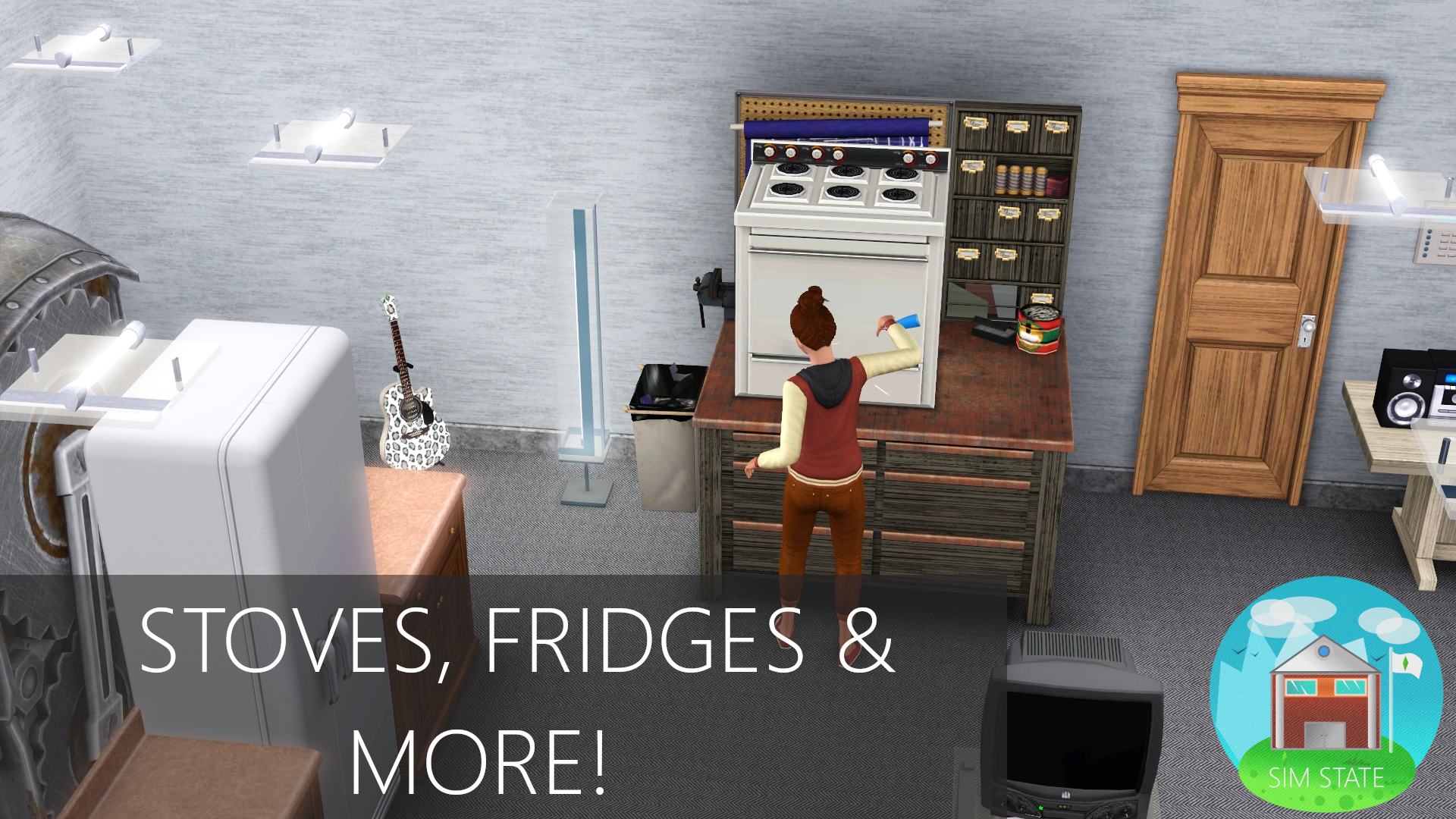 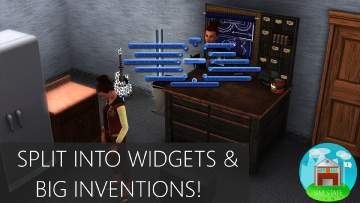 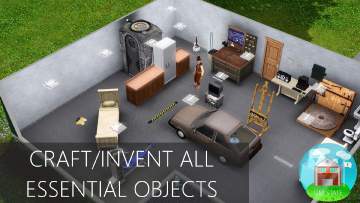 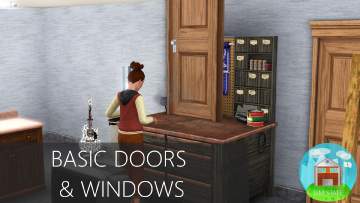 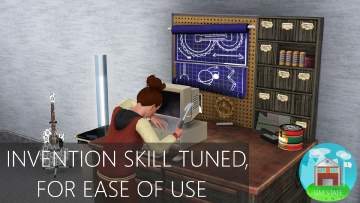 The Off the Grid Inventing Overhaul mod, improves (in my opinion) the inventing table to allow players to craft general household items including but not limited too those shown in the screenshot below: I have REMOVED all non-custom widgets as you can purchase these at the consignment store if you cannot live without useless trinkets :P.

The goal of this mod is to allow players who want to play 'off the grid' style or create mini factories where they actually 'produce' the products themselves!

Simple just purchase the inventors workbench, or buy one for a community lot and have your sims build their inventing skill! You will unlock the normal inventions such as the time machine, miner etc alongside widgets & big inventions as shown in the above screenshot. You can even craft a basic window and door combination for more immersion. +The mod also includes the invention overhaul which tweaks the inventing skill slightly. You can now purchase scrap in bulk amounts of 500 and 1000 (although it will lag a moment as you do the latter). The higher your level the less chance you have of fire and electric shock, and at level 10 these things shouldn't happen at all.

+Crafting times and the interval between have also been adjusted on an object by object basis.

+Scrap requirements have also been adjusted on the bigger inventions to bring them in line with the craftables added, with the time machine now taking a whopping 400 scrap to craft! The increases are offset by the fact that you can more easily make money from crafting the new objects!

Longer term if there are any bugs or fixes required I will take a look at this. The mod as mentioned is a basic mod featuring only the Base Game and Ambitions expansion however I'd like to add things from other packs that fit the basic 'Off the Grid' theme (Island Paradise Boats, Into the Future Bot Building etc) and potentially look into having one that includes some store content such as the savvy seller set, but these will be offered as different flavours down the line if I do, I'll keep the basic version available too!

If the mod does well I'm interested in adding to the 'Sim State' brand of mods by potentially creating an off the grid style ingame ruleset that will prompt you for certain actions etc but this is all future thoughts.

Hope you enjoy the mod!

See: Game Help:TS3 CC Basicswiki for a full guide!
Back to download view
16 Comments / Replies (Who?)