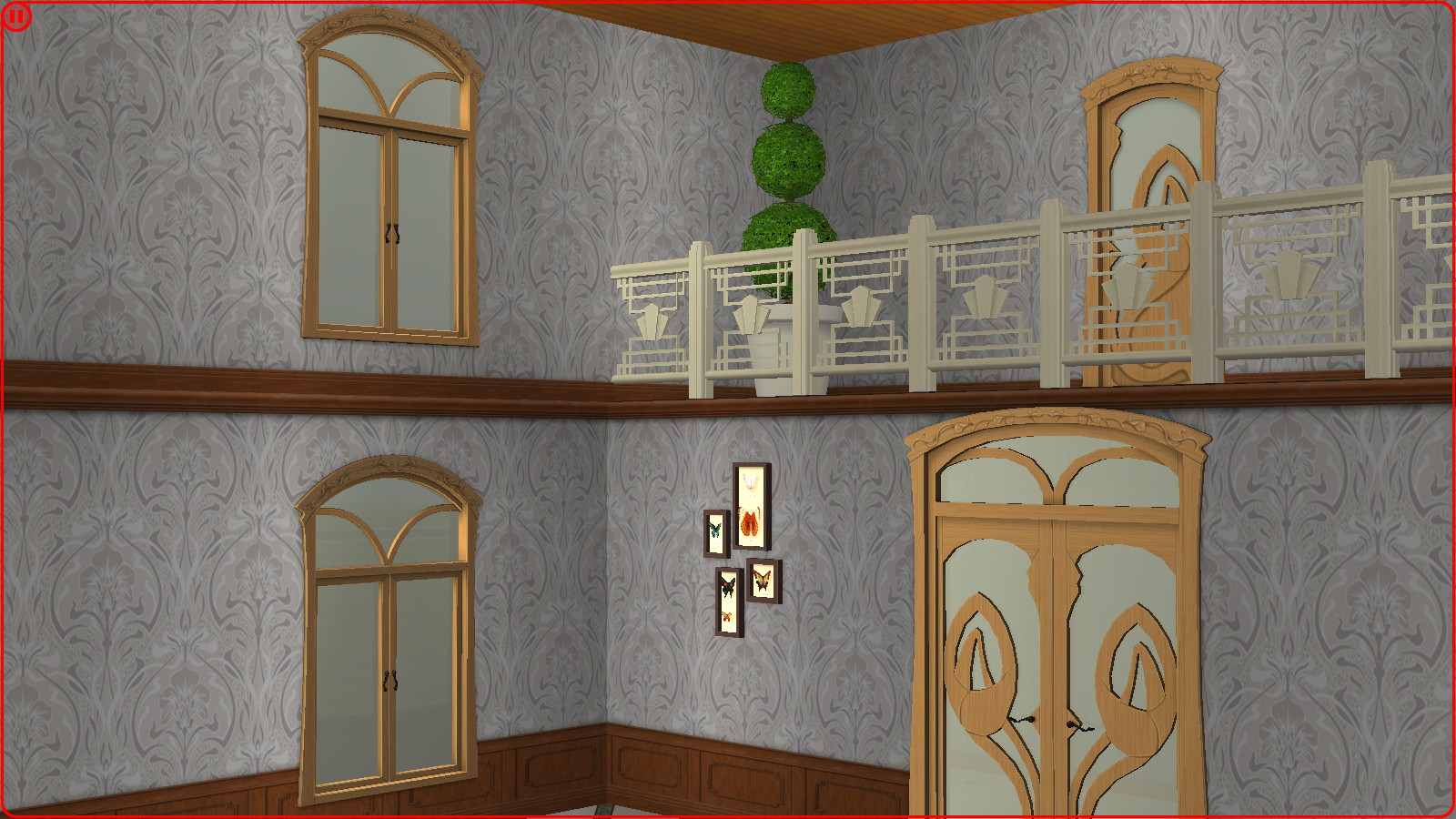 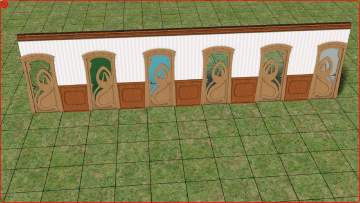 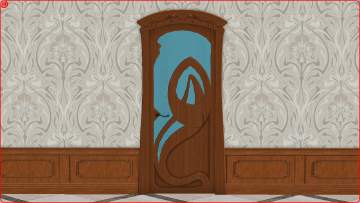 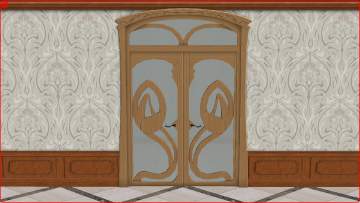 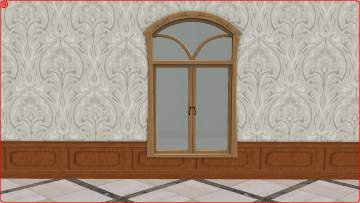 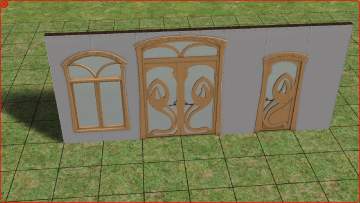 672 Downloads 39 Thanks  Thanks 7 Favourited 1,522 Views
Created by Joselle
View all Downloads
Uploaded: 2nd May 2021 at 10:57 PM
Once upon a time, I had a very lovely, long description thought out for this download, and as I was going to make said upload to the site, a great force of nature (in the form of a major cold snap/rare snow storm) came along and chose to take my computer with it.

After rejoicing at obtaining a new computer, and finally getting the game to play properly with Windows 10, I chose to take one last look at this set in-game before uploading, and discovered I STILL had one last thing (wall cutout) to fix.

After some tweaking, I can finally bring this set to y'all now! These are the doors and window from the EA Store's Art Nouveaulicious collection, and they are FIXED! (Pardon my enthusiasm, the reason will become apparent in a moment).

So, I was renovating a house in my hood, one that I'd originally wanted to be in the Art Nouveau style, but didn't have the CC for at the time; while I was looking through my catalog, I found these pieces, and tried to use them, and promptly reminded myself why I never used them.

They were very, very broken, and not recolorable (I don't like not having recolorability).

After much googling, I thought I'd make CEPs for them, but after getting advice (and a window file to study) from HugeLunatic, decided to make overrides for them, instead.

What's Changed
All three items (single-tile door, two-tile door, and window) now have the glass show up in the frames, and two recolorable subsets: the wooden frame and the glass.

Because it wound up being the easiest to fix, the single-tile door is the master of the set, which means that any recolors y'all want to do for the glass must be made using that door (those glass colors will then show up for the other door and window). I did NOT slave the wood subsets, however: those must be recolored separately.

(It seems that originally EA did intend for the single-tile door, at least, to have two recolorable subsets, as mostly everything was there for that to work, including textures for both the frame and the glass, just not linked and a few details short; This is what made it the easiest of the three to fix).

Finally, I fixed the wall cut-outs for both the window (it had daylight coming through on one side on the bottom), and the single-tile door (part of the wall was peeking through the mesh when placed diagonally).

How to Use
Since these are overrides, they cannot go in the same file as the original EA Store files, and whichever loads last, wins. What I did was create a folder in my Downloads that says "Maxis Store" for the original files, and a folder called "Overrides" where I put these three, and everything plays nicely.

NOTE
I did not mess with the NLO's of the files, as a fix is already available at MATY (fix must load AFTER the folder the overrides are in):

The wallpaper in the pictures is an unreleased creation of mine, coming soon!

I marked that I used Apartment Life and M&G to make these, but I only put them there as, according to the MATY thread pertaining to the Store items, it is mentioned that these items seem to work in games from Freetime onward; GoS has additional information. Lastly, to get everyone started, I've included some glass recolors: a clear glass taken from the original frosted glass of the single door, blue glass colors (one frosted, one clear) taken from the blue shade of the "Empeerical" Art Window, and an emerald- green glass color I came up with in frosted and clear.

I really hope that these can be of use, and help beautify many, many homes.

Credits
Many many MANY thanks to HugeLunatic, who let me pester her quite a bit for help figuring out how to make these overrides,
Leefish's website, which contained information on CEPs (such as using TGI and what-not),
Cerridwen for figuring out how to make the build items show up in-game,
TGallo for noticing one half of the double-door didn't show up and Lord Darcy for fixing that and the door's sound,
knightguy for making the original fix that showed there was glass in the frames (and whose file I used until I decided to make these overrides and studied to see what he did),
EA for making a really pretty set,
MTS for all the tutorials,
and most importantly God
SDG
Other Information

Title: A Room with a View by Elouise

A Room with a View by Elouise

Title: A Simple Entrance by Elouise

Description: A beautifully handcrafted single door that provides a simple yet refined entrance and exit.

A Simple Entrance by Elouise

Description: A beautifully handcrafted single door that provides a simple yet refined entrance and exit.

Title: The Main Entrance by Elouise

Description: A beautifully handcrafted double door that provides a simple yet refined entrance and exit.

The Main Entrance by Elouise

Description: A beautifully handcrafted double door that provides a simple yet refined entrance and exit.