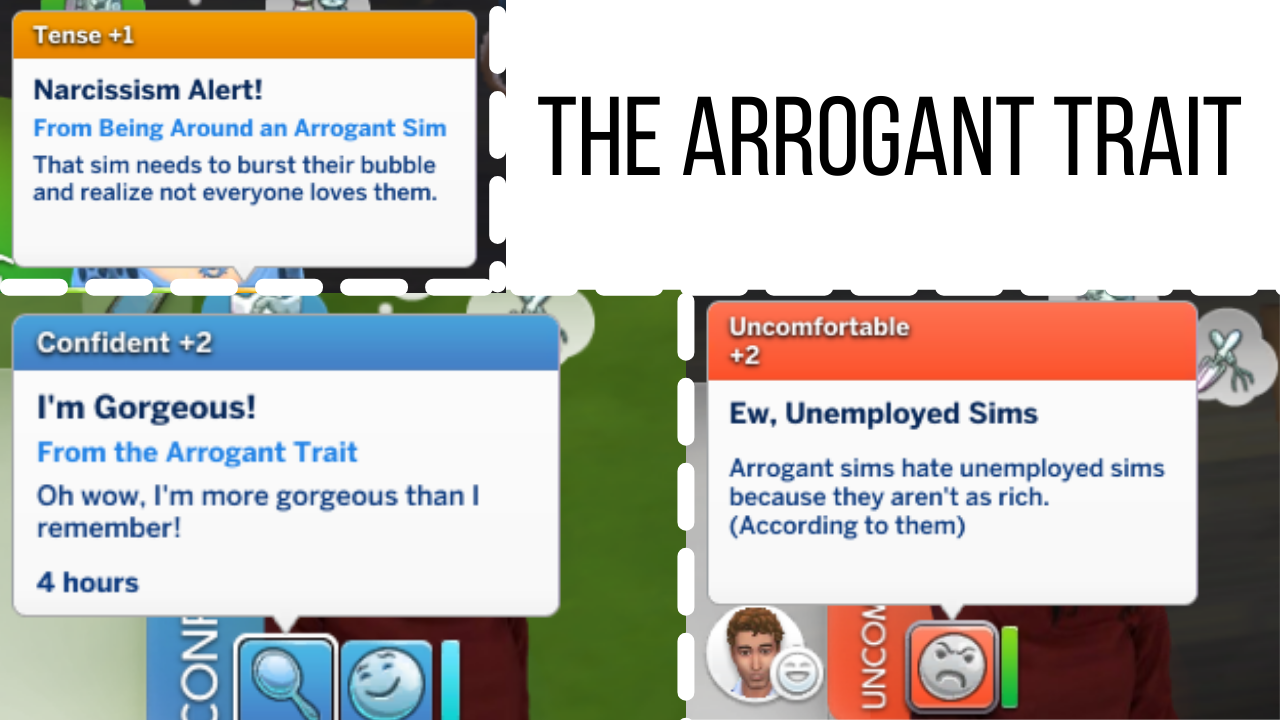 7,289 Downloads 90 Thanks  Thanks 18 Favourited 13,128 Views
Created by Just Kizzy
View all Downloads
Uploaded: 28th May 2021 at 11:41 PM
The arrogant trait is like an improved version of the "self absorbed" trait. It's in the social category of create-a-sim and it lets your sim only really care about themselves.

Arrogant sims think they are the best of the best and will get uncomfortable around unemployed sims. They will autonomously admire themselves in the mirror and they enjoy being rude to other people. The sims around arrogant people will always feel tense. When arrogant sims practice acting in the mirror or take a shower they will become confident.
Ages:

Narcissism Alert!
(From Arrogant Trait)
That sim needs to burst their bubble and realize not everyone loves them.

I'm The Best!
(From Arrogant Trait)
This sim thinks they're the prettiest, the kindest the smartest, etc. Other sims definitley do not.
2 hours

I'm The Best!
(From Arrogant Trait)
This sim thinks they're the prettiest, the kindest the smartest, etc. Other sims definitley do not.
2 hours

I'm Better
From the Arrogant Trait
Arrogant sims feel happy when they're being mean to other sims.
2 hours

Ew, Unemployed Sims
(From Arrogant Trait)
Arrogant sims hate unemployed sims because in their opinion, they aren't as pretty, kind, strong, or rich.