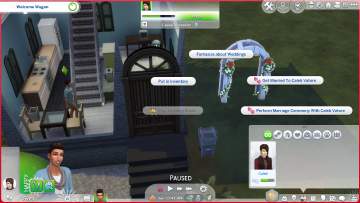 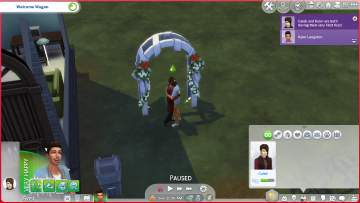 Created by sappysims View Policy / About Me View Downloads Home

This mod adds an option for marriage with no romance, called a Marriage of Convenience. This could be useful if you want your sims to get married for practical reasons and not sustain a romantic relationship.

NOTE: THIS IS A TEMPORARY MOD. Creator MizoreYukii (https://mizoreyukii.tumblr.com) is working on an in-depth Arranged Marriage mod that will make this mod completely irrelevant, to be released later this year. When her mod comes out this mod will be deleted and no longer supported as hers' will have better features and support.

HOW IT WORKS
The Marriage of Convenience option shows up in the Romance category as a social interaction. It is a test based on friendship rather than romance score and should always be visible. If the target sim accepts, they will become engaged with no romance bar or enamored sentiments.

At that point, you can get married at the arch with the "perform marriage ceremony" interaction.

LIMITATIONS: The animations for the marriage ceremony are still the same - your sims will still look at each other lovingly and kiss at the end.

THIS MOD REQUIRES THE XML INJECTOR. You only need one iteration of the XML Injector so if you've downloaded it before, no need to download again.
Get it here: https://scumbumbomods.com/xml-injector