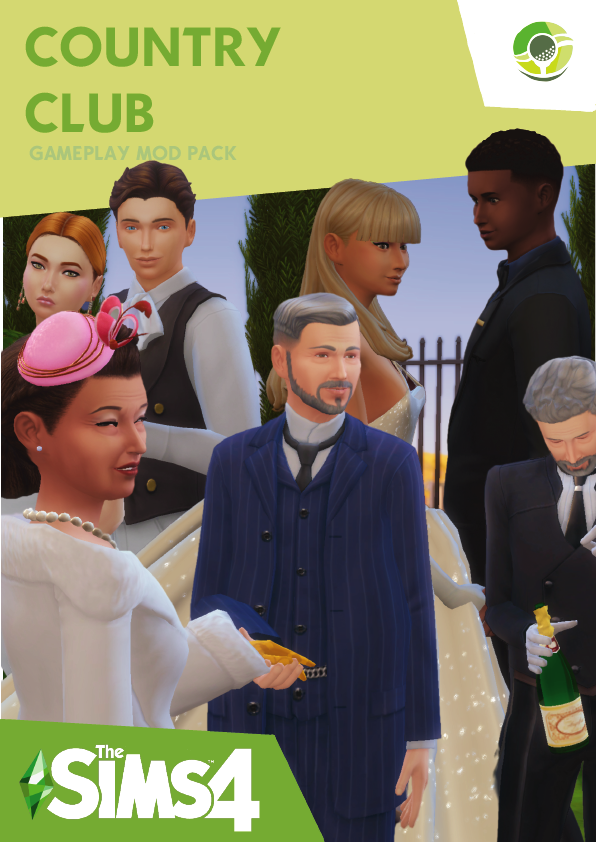 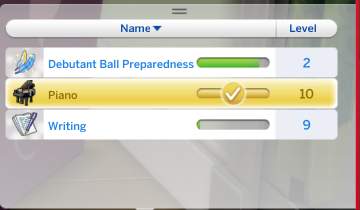 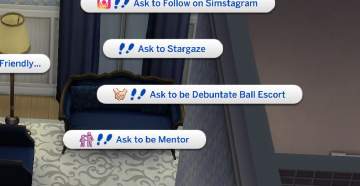 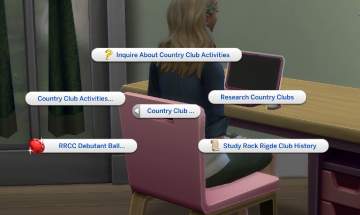 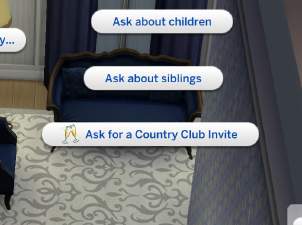 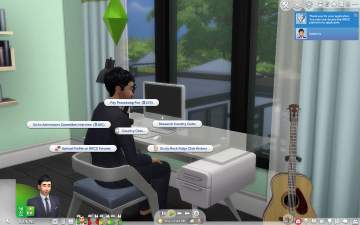 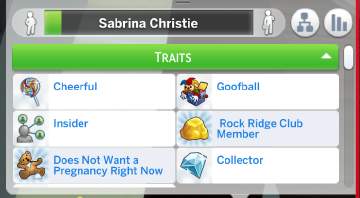 Welcome to my Country Club Mod!

Why I created this mod?

I love playing stories with rich sims, but sometimes they don't feel exclusive enough and snobby, so I thought of a country club mod that would add something new to my wealthy, "old money sims gameplay."

So I've finally wrapped the mod up! It's really hard because once you get to a point you just want to keep going. But anyways here it is!

PLEASE READ THE DESCRIPTION! (I know you might not want to as someone who doesn’t like reading the description I get it, but it’s really important)

Alright so, this mod basically adds a country club (rabbit hole, so far) to the game. I created an entire application process for it. The steps to becoming a member are pretty clear, pay an application fee, get an invite, go to a scheduled interview and pay the processing fee,

I did a lot of research on country clubs and felt like the prices I set up were wayyy too low, but I don't know. I'd love some feedback on whether they should be higher, (I love spending loads of money on my games...because I play with cheats)

So you go through the process step by step, it should be pretty streamlined, there are a few options here and there, but overall its straight forward. For the country club invite expect to to get a response within 72 hours, you will receive a call, depending on which method you choose it might be less. You can also ask a country club member for an invite. The admissions committee interview happens the day of, so if you schedule an interview after the time you chose, you might not get a call to attend. Obviously you can just schedule another one, but I think it's important to keep in mind.

If/Once you get accepted you'll also receive a call from the country club, and then your induction ceremony will be scheduled. Induction ceremonies are on weekend so clear your schedule. You can bring your entire family with you if you want, but it's totally not necessary. All of your household members will get the RRCC member trait though.

Once you are a member of the club you can access the activities tab and go to the club, rabbit hole. (I'm working on a functional lot trait by the way, so if you choose that trait only members of the country club would attend.

You can add or remove the country club trait by shift clicking on a sim and then adding the trait. It will add the trait to your entire household. This is obviously the untraditional way, so your sim won't have to pay the country club recurring membership fee.

Alright, so this part.... I'm really excited about and I hope other people are too. As a part of my first "expansion pack" to this mod I added a (rabbit hole-ish btw) Debutante Ball feature. I worked super hard on it and really hope people enjoy it.

As reference for anyone a debutant ball is " A debutante ball, sometimes called a coming-out party, is a formal ball that includes presenting debutantes during the season, usually during the spring or summer. Debutante balls may require prior instruction in social etiquette and appropriate morals." according to the first page of google. Now this is basically what I have incorporated into the mod. Teenagers who are RRCC members have the opportunity to sign up as debutants and experience the journey to the event.

I made the event work with seasons, so the addition might require seasons. I'm not entirely sure and would need to know, so if any one can let me know!

Now the outcome and the end game to the debutant pack is to have a successful event. All of the debutants presenting themselves want to be successful or else that would be.... embarrassing right? Either way your sim will not just be able to sign up and attend the ball like a week later. The sign up period is in the summer. The ball is in spring on a Saturday, so there is plenty of time for them to prepare.

"You guys might be like, what does she mean by prepare?" or maybe not I don't know, but if you are. I mean that there are certain requirements in order for your sim to succeed at this event.

I created a new skill called the debutant preparedness skill. This skill is 5 levels you MUST master this skill in order to be remotely successful. You can go to individual classes to increase this skill, or you can sign up to the two week long lesson which will help you be ball ready in no time. You also need to invite a date/escort and mentor.

Here is an optional part for the over achievers...(yay). There is a "your purpose essay" you can write. Keep in mind it's a very selective process. You can also audition for a few skills. If your sim is chosen they will have the opportunity to perform this which will boost their success even more.

Now I don't want to spill all of the details here I think it's fun to discover things on your own, but here are a few things to note.

You should buy tickets right away, they are expensive I'm serious, unless you have the money. You should also take your time with the skills you want to be presenting. There is a reason why I made this a kind of year long journey, because the anticipating, the role playing it's super fun.

So I suggest everyone take their time with this!

Also you can attend the debutant ball on a Spring Saturday at starting at 5pm!

Other aspect, I have not tested the mod with two debutants participating at the same time. I do not know what it will do. I will soon try it though.

If you try to use the add country club trait in order to access the debutant ball feature it might or might not work. I'm not entirely sure why, but keep that in mind.

Almost I made some cc.
It's not the best...but I'm learning and I was able to make some decent cc. There are two others in game that is not in the screen shot. One for women and one for toddlers. I Basically the Simlish inscription is "RRCC" and "Rock Ridge Country Club". You don't have to use it, but if you wanted to make a country club they could come in handy. It's an optional file package

No conflicts as of now, but if you do have the unlisted phone numbers mod, some features won't work.

If your game is refusing to launch because a file seems to be corrupted, remove the file from the folder and place it in the main mod folder. It should work.

As a single person it can sometimes be hard to detect all of the mistakes and the tuning issues and all of that. So please let me know if there are any I really want this mod to be perfect!

I'm sorry it took so long to get this out. College is a lot... I also basically dedicated the last few months to getting better and making sure everything works perfectly. But I did come through on a few things.

If you play my mod you may see features I have mentioned, but not yet added. This is because some of them were not fully functional yet, so I pulled them out. But everything you read there will be added.

I had mentioned that I was working on a mod centered around teenagers. I will talk more about that in another post and no it's not the events mod.

Here are the things that I will be working on:

But first I would like to thank the amazing sims community of modders. If it were not for them I probably wouldn't have even been able to put a mod together so thank you!


Thanks to a lot of resources that helped me even learn how to mod:

Zerbu's Mod Constructor
TS4 Studio
All of the creators who post such helpful tips on MTS and TS4S! [/i]
Files Need help with downloading or installing content? Click here!