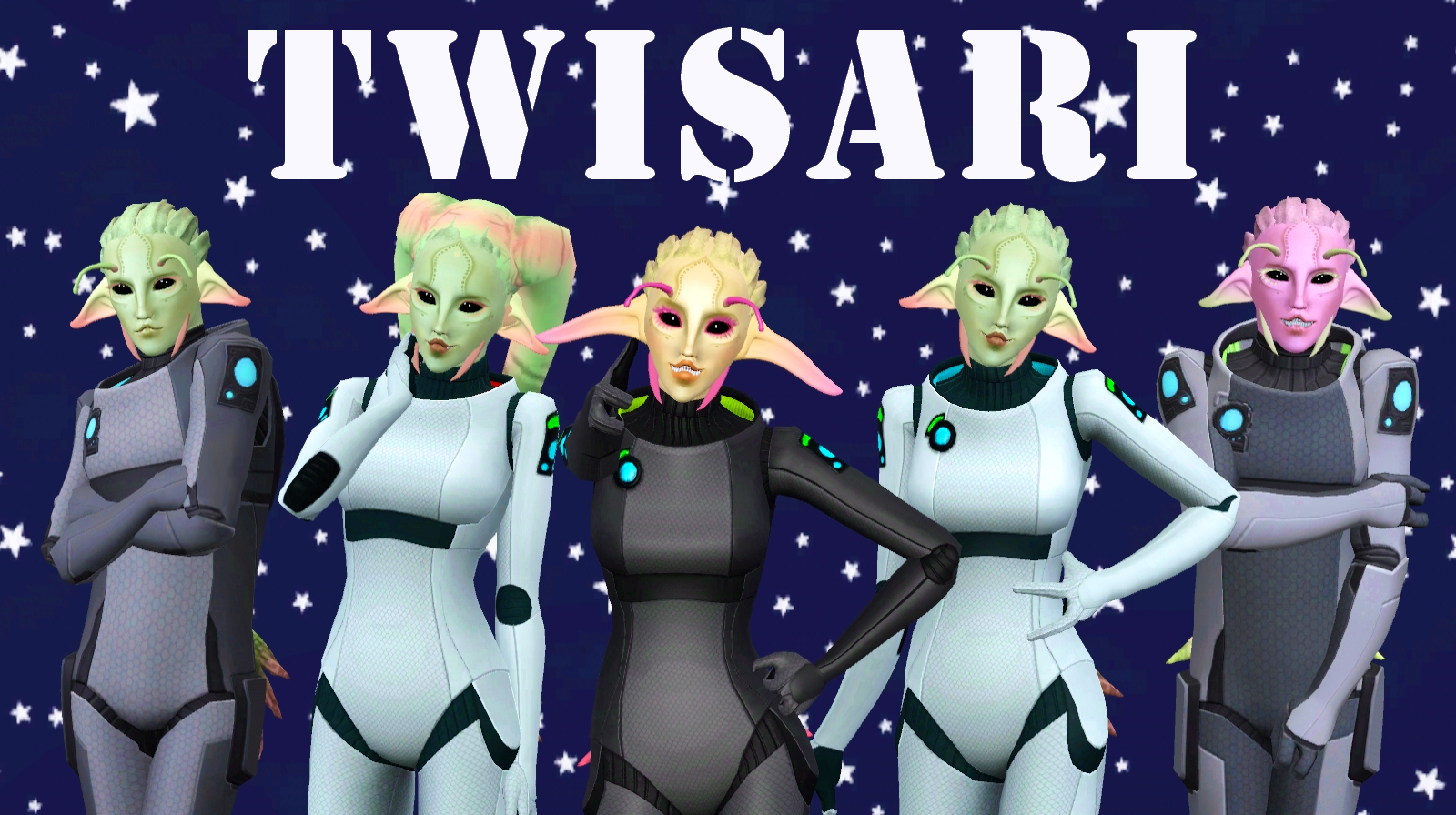 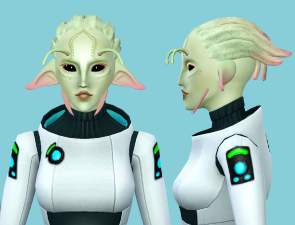 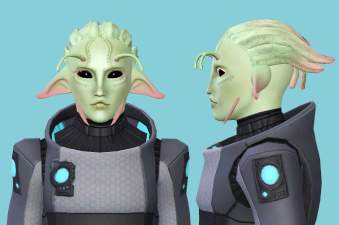 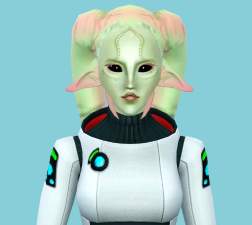 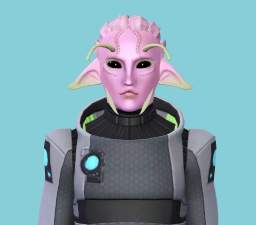 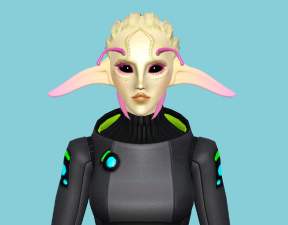 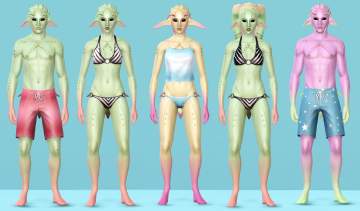 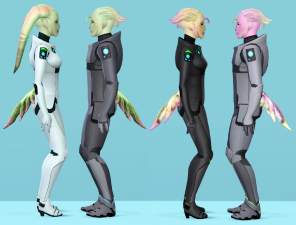 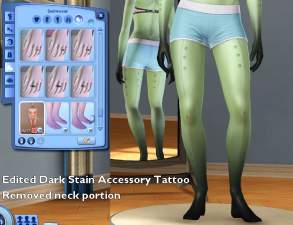 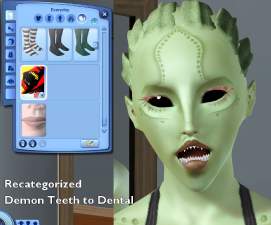 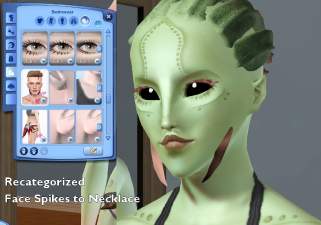 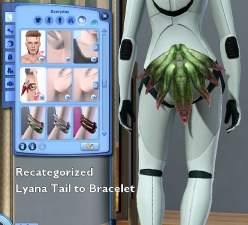 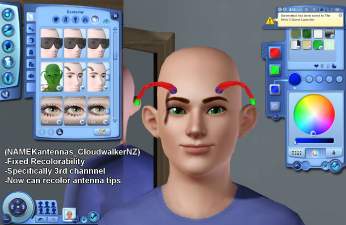 Notes:
-Only the Twi'lek/ Head-tailed alien requires awt Hat sliders and MurfeeL_Twi'lek Head-tail Accessory.
-Nrass is not required for these aliens. I used Nrass multiple accessories to apply the eyelashes and antenna so you may experience difficulty recoloring the eyelashes or antenna without Nrass.
-These sims are the alien occult/life state however they may become human when you add them into your game because the sims3 doesn't always load saved sim aliens in correctly. I would recommend using a nrass mod to give them back their occult tag. Or edit in Cass an alien you currently have and use my custom aliens from the sim bin to replace them.
-If niobe cremisi high quality Insect skin is giving you issues, you can try adjusting your game quality setting, save and reload the sim, or use a non high quality version of the skin Here.

Twisari (Twiz-are-ee)
An alien species whose true name was too complicate to translate into the common alien tongue, being pronounced as a series of clicks and screeches. Thus, they are called Twisari after their major alien identifiers, that being the features from the Twi'lek's and Asari races. Don’t be mistaken although they look similar to those alien races, they are distinctly their own species. Being more closely related to the prey mantis then the common alien.

Hybrid offspring of this alien species loose the jaw spikes, gain human hair, have 4 fingers, a slight leg/arm bend, big ears and antenna.
Note: Four fingers can be achieved with OneEuroMutt Amputee sliders. Specifically with Amputee-Little(Left) and Amputee-Little(Right).
You can use one the mods listed here to remove the alien black eyes if you would like. 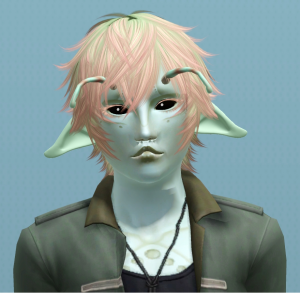 Home planet/ History:
The Twisari home planet is hot expansive desert with pockets of thick humid jungle rainforest. so, their bodies adapted for extreme temperature shifts thus more skin, big ears and a tail to help thermo-regulate. In the past it is said that an ancient subspecies of this alien species had wings. The wings were wasp or dragon fly like and weren’t able to support flight very well. Hence the generalized species lost them to evolution favoring the use of technological aided flight.

Female/Male Dimorphism:
only females are known to develop head-tails with only 1 out of 5 or 20% chance they will have them. Females get them because of genetics, hormonal (i.e. puberty/ mate attraction) or environmental cause (such as stress for survival/ extreme thermo-regulation need). The reason for the head-tailed Twisari minority can be traced back to temperament. I'm sure you have heard what female prey mantis's do to the males. Females with head-tails are considerably more dangerous and hormonal then those without. Genes can't be spread if your partner is dead. A positive is that head-tailed females are better adapted for survival, hardier, and have longer lifespans they just don't successfully reproduce often.


All credit for the alien accessories goes to the respective CC creators!
Thank you VenusPrincess for allowing me to recategorize and share your CC.

Thank you for taking a look at my character's!
Custom Content