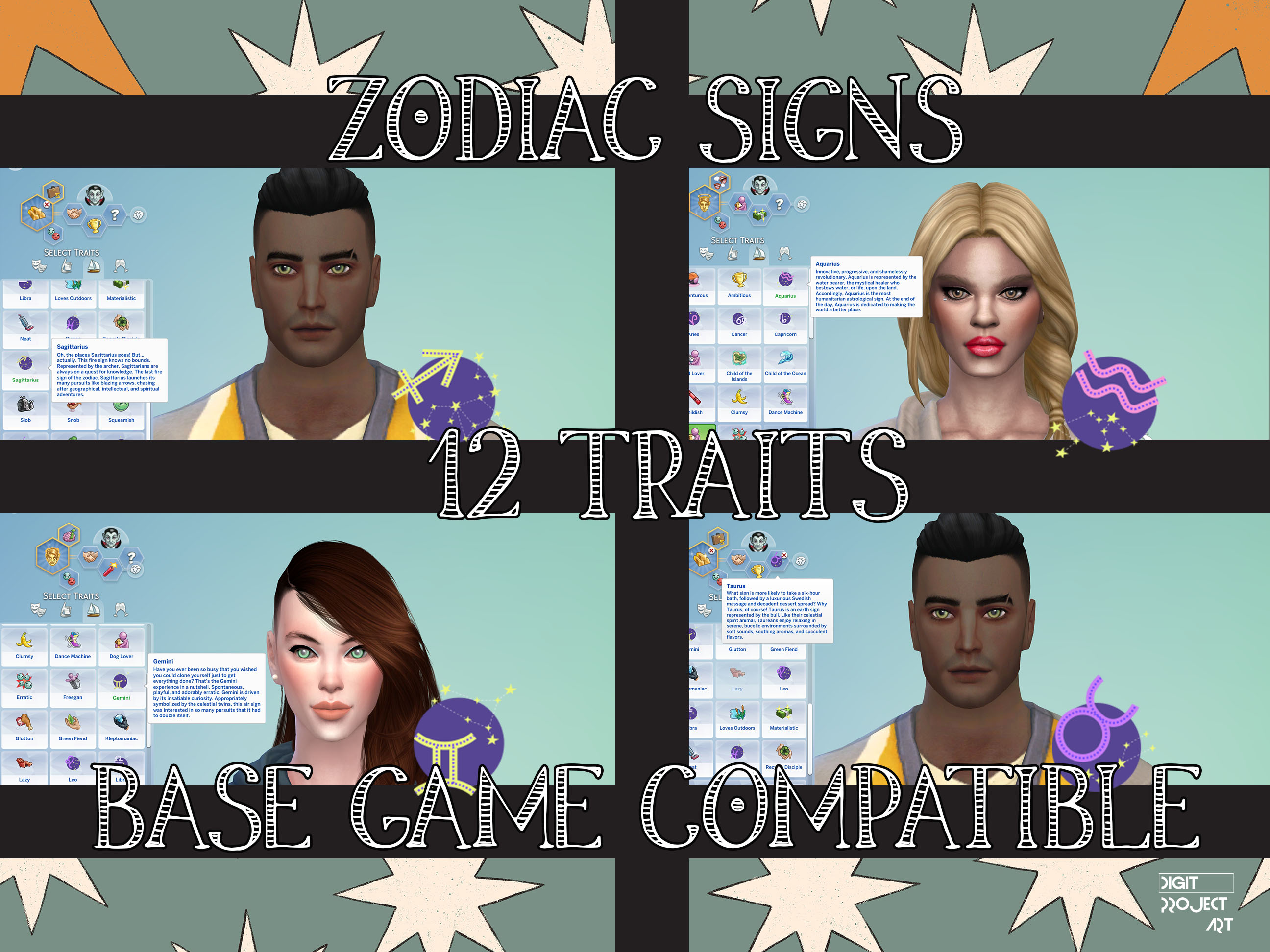 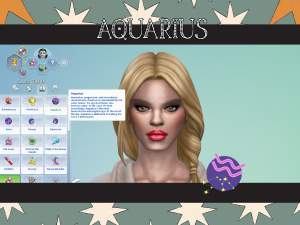 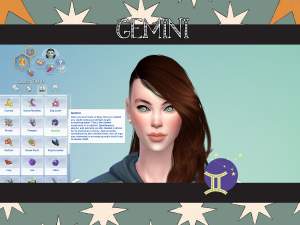 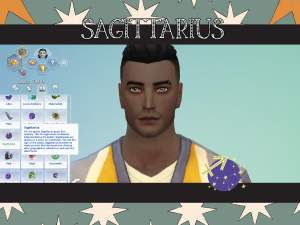 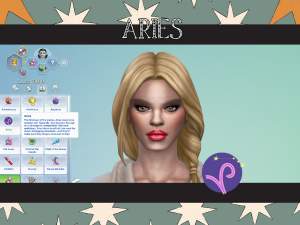 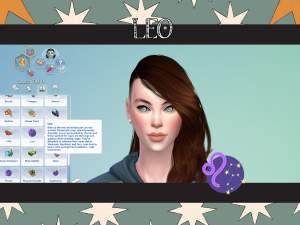 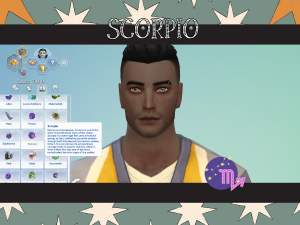 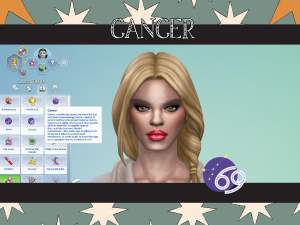 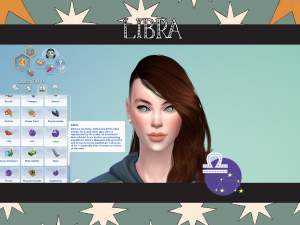 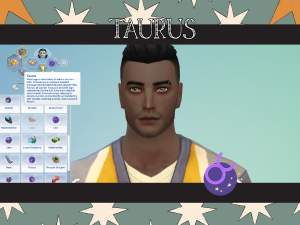 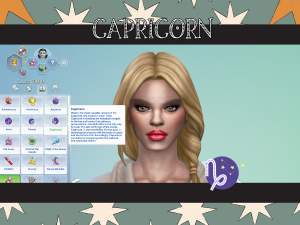 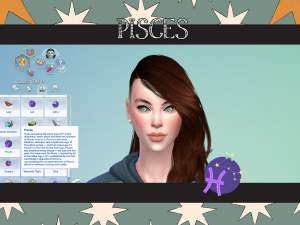 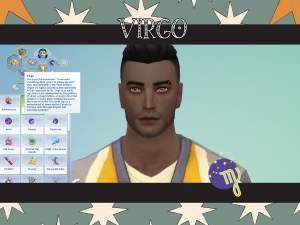 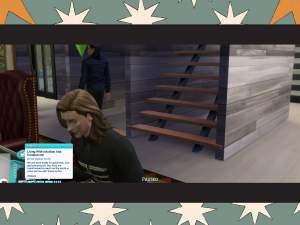 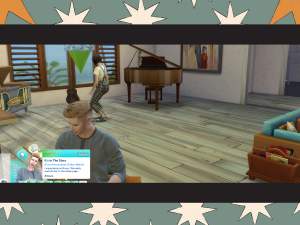 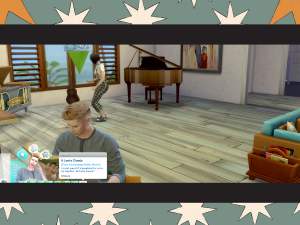 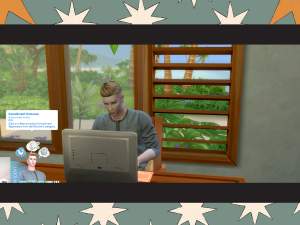 All whims are removed...since EA removed them too, and they don't appear anyway...

Astrology was supposed to be a science way before astronomy. Great leaders used to take advice from astrology experts on how to proceed according to many national/important matters. However, in our times the archetypes that zodiac signs represent it's actually some kind of entertainment to keep us busy from more significant matters. It supposed to be a science, though. Anyway, I created these traits in order to make my Sims 4 game and your Sims 4 game, in extension, more entertaining. Astrology is way more complicated, and just a simple sign doesn't mean anything...but I don't want to spoil your fun, so...

I apologize for disappointing you, but I decided to update the version so that children can also have the zodiac sign trait instead of adding a romantic social interaction. I have many other mods which include romantic interactions, so I kept this mod a little more "innocent"... And that's what mainly and only is the new update. Now you can also add a trait to children.

Occasional Buffs are different for a male or a female Aries, for example.

All Signs become sporadically bored/tense/angry/confused. Usually, every other sim day.

Cancer, Scorpio, Capricorn, Pisces, Taurus and Virgo also create a good match together but stand on the opposite side of all the above fire, air signs and vice versa.

However, there is a good catch that I have created. Sims with the following traits; Cheerful, Goofball, Clumsy, Childish, Creative, Good, Bookworm and Genius do not have a problem matching with any sign, and they also enjoy listening to their weird, inspiring or adventurous stories...

A small basic script file is used so that social interactions will be available along with the traits, but it certainly won't cause any kind of errors.

The Social Interactions include for all traits one Friendly Social and one Funny Tell A Story Social. When 2 sims interact while using these socials, the other sims also create buffs depending on what those two say, even though they don't take a part in the conversation and as long as they are present at the moment that the two sims interact with each other (I suppose that sims can't suffer from hearing loss even though they do not take part in the conversation). You'll figure it out while playing. If there is no particular connection created through a buff between the two sims, then one of each sim can only can have a buff of an amusing, funny story.

Hi there. I use the Zerbu Mod Constructor or The Sims 4 Studio to create mods. I don't know a lot about coding, but I like learning more in the process.

In conclusion; I create mods that are simply structured, in a way that they will not overload the game.

Finally, I prefer playing by my own rules. Meaning, I have fun when creating my mods to use in my game and to play as I like it. And so, I've decided to share that fun with you.