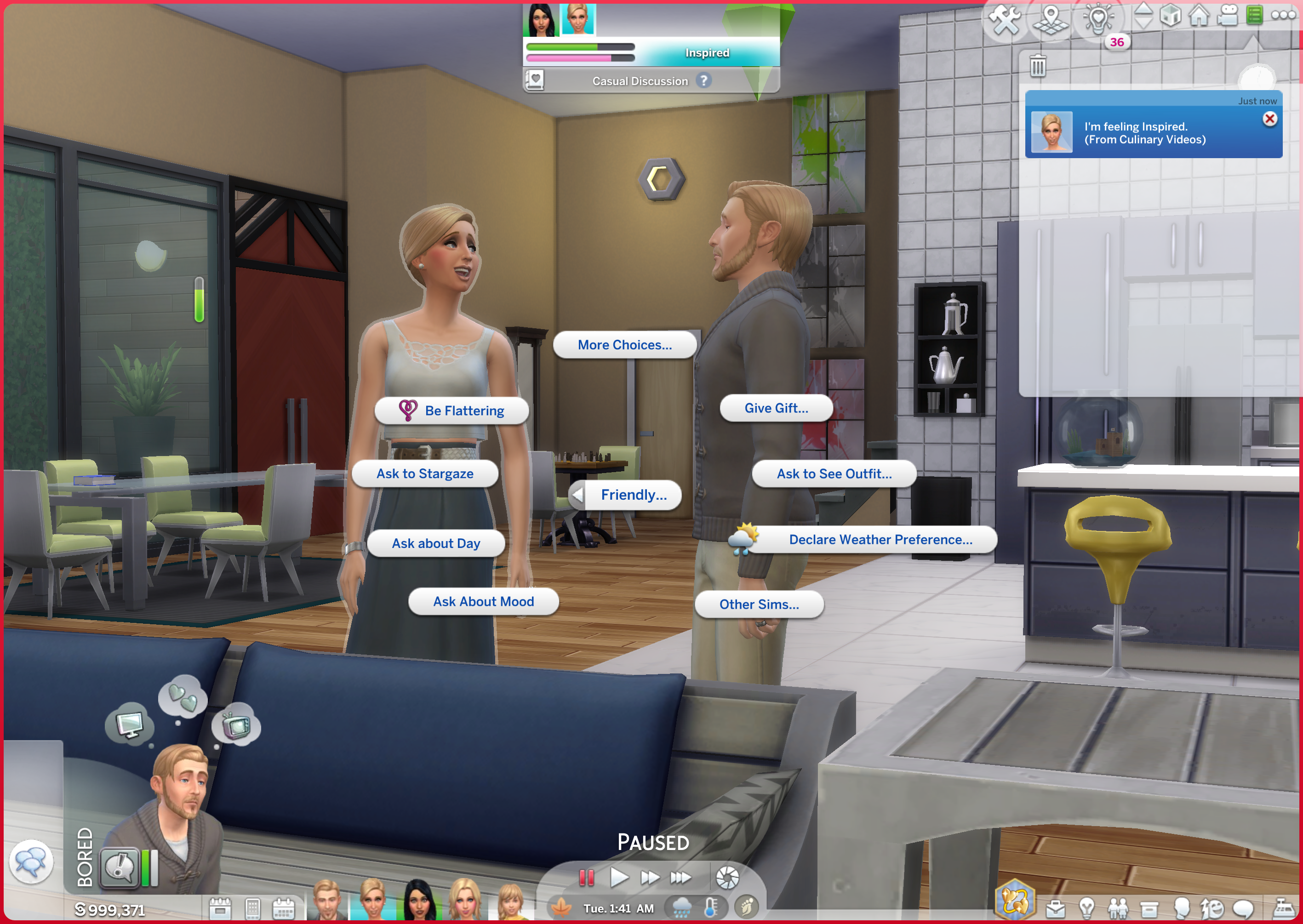 Created by JaneSimsten
View all Downloads
Uploaded: 21st Feb 2022 at 11:54 AM
Updated: 5th Sep 2022 at 6:43 PM
Update 9/5/22: Small update for pronoun fixes and some other changes suggested by flauschtrud! The interactions in this mod now the Empathy character value, and the title never changes to "What's Wrong?" to keep it near the front of the pie menu.

This is a simple little mod that adds two social interactions.

The first is to "Ask About Mood", which changes to "What's Wrong?" if the sim you're interacting with is in a bad mood. In response, you get a notification that says their mood and the reason for the highest scoring moodlet they have at the time. For instance, if the sim has the "Widow" moodlet, you'll get a notification saying something like "I'm feeling Very Sad. (From Losing a True Love.)" This interaction can also be performed on toddlers who have learned to talk (level 3 communication).

– Social : Mods affecting social interactions and relationships between sims
Back to top