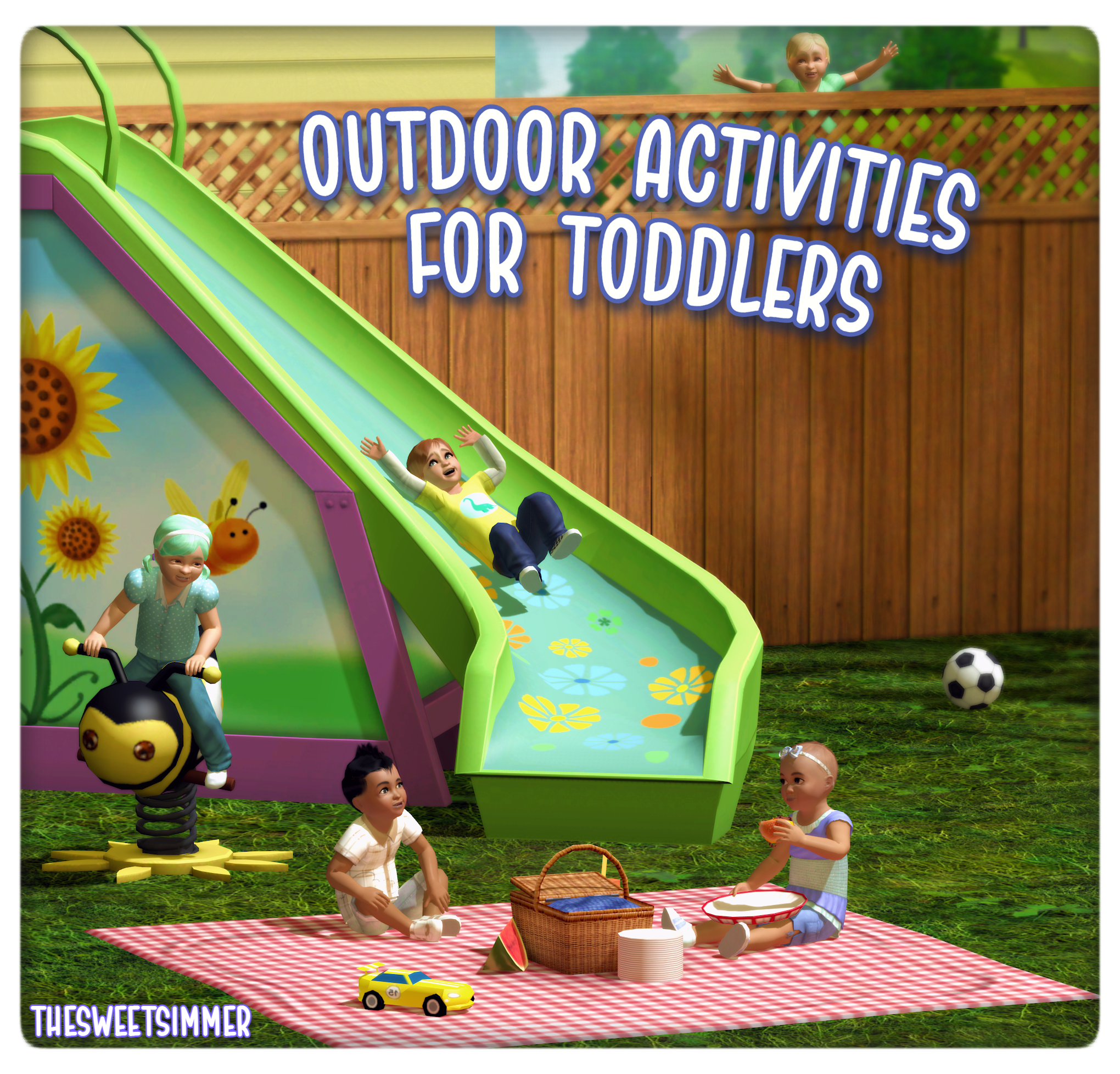 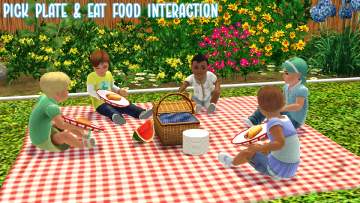 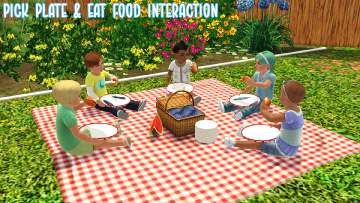 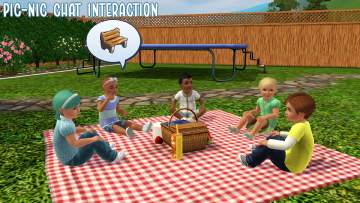 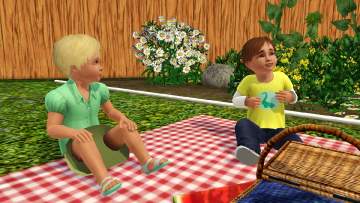 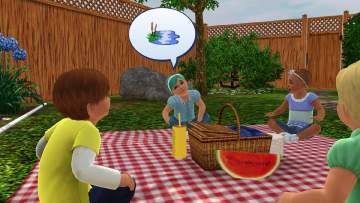 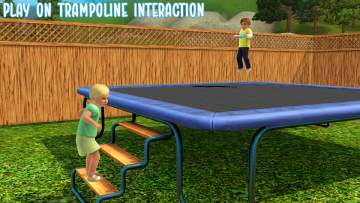 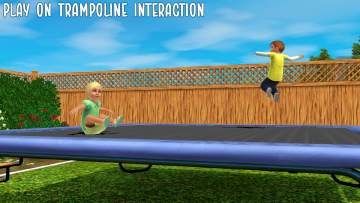 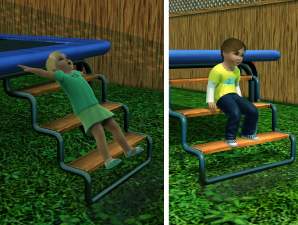 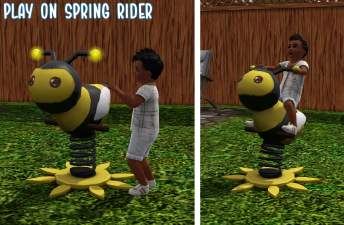 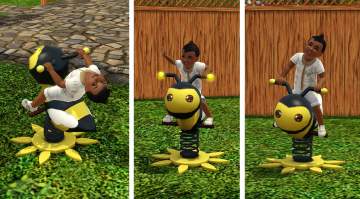 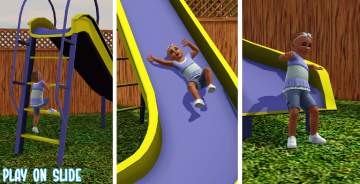 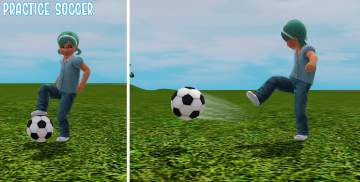 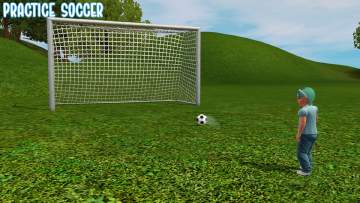 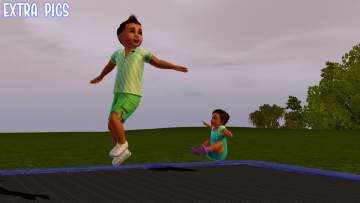 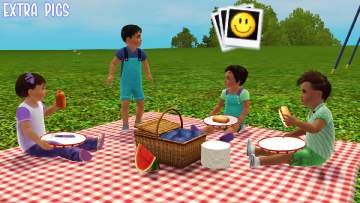 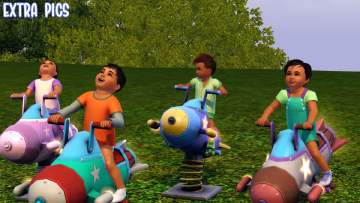 2,495 Downloads 194 Thanks  Thanks 76 Favourited 7,920 Views
Personal Picked Upload!   This is a personal favourite of the creator!

Before we talk about the mod, I want to give massive thanks to MissPat for helping me test the mod so many times as well as giving me ideas and feedback for it!

It's almost Summertime so let there be more fun activities outside for the little ones!

- This mod was built and tested with game version 1.69, but should work with other versions.
- What type of mod is this? - This a Tuning mod, as well as an Override but it can go in the packages folder.
- What's this mod about? - This is a mod that allows toddlers to jump on trampolines, play on spring riders and slides, practice soccer and have pic-nics.
- Animations - All new animations.

Toddlers are not required to know how to walk to use any of the interactions. They will also autonomously interact with all of the new activities, and can gain relationship points with other Sims or toddlers if they jump together on a trampoline or chat at a pic-nic blanket.

- When toddlers first start jumping on a trampoline they will have basic jumps, and can sometimes end up falling down when getting off. As they gain skill points, they can start doing more little moves, as well as jumping off the trampoline (instead of walking off).
- Toddlers who don't know how to talk won't be able to socialize with other Sims when performing the "Chat" interaction on the pic-nic.
- Toddlers can only practice soccer by themselves (as the join interaction currently doesn't work).

- Toddlers also have the interaction to play on the Jungle Gym Tower, but they will just perform a missing animation (no stretch though).
- Sometimes when a toddler gets up on a spring rider from the left side (front facing) they will perform the wrong animation, but this is corrected after the start animation finishes.

This mod will conflict with any other mod that modifies the following ITUN & Jazz Script files:

- TOU
-Please do not re-upload my mod to paysites or claim it as your own!
-Enjoy and Happy Simming!

Hello there! I'm an English-Portuguese-Brazilian young girl and I've been a simmer since around 2010. I first started making content for The Sims when I was very young, which was mainly poses and animations. Then as the years went by I discovered coding, 3D object modeling and texturing! And from here on, I hope to pursue my passion in animation, because I dream of working as an animator for future Sims games or other gaming companies! :)

And remember, you can be, do and have anything you want in your life, but only as long as you believe so!
---
Content Policy: Feel free to do whatever you want with my content! All I ask is that you do not make money off of my content or blatantly claim it as your own (because my creations are what make me stand out as a creator!). I don't take requests but I'm open to collaborations :)