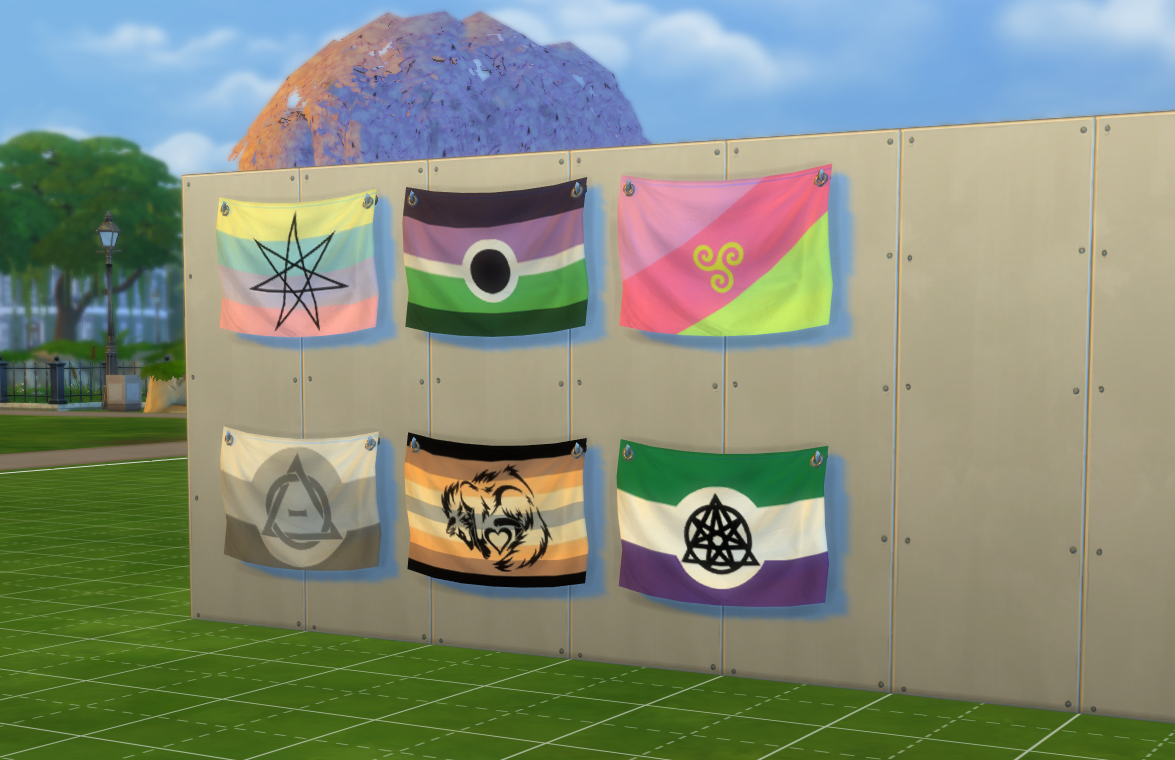 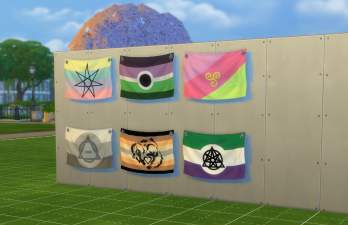 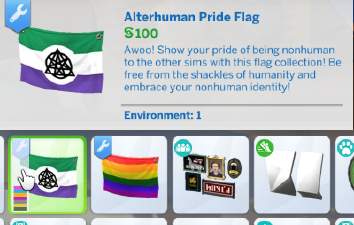 211 Downloads 10 Thanks  Thanks 4 Favourited 823 Views
Created by MarkUnread
View all Downloads
Uploaded: 28th Jun 2022 at 11:36 AM
As The Sims 4 Werewolves has been released, I figured that I would make a flag pack themed about being nonhuman.
Enter the Alterhuman and Voidpunk Flag pack.

Now you might wonder: what is an Alterhuman? And what is a Voidpunk?

An Alterhuman or alter-human are individuals, are people who have experiences or an identity that they perceive as being alternative to or outside common societal ideas of humanity.

Voidpunk is a subculture within the LGBT community, specifically among certain dehumanized or marginalized groups, who feel rejected from society's standards for humanity, and aim to reclaim their dehumanization.

These flags should complement with occult sims and voidpunk sims. It adds a new complete mesh taken from the LGBTQ+ Flag.
Other Information

Description: Awoo! Show your pride of being nonhuman to the other sims with this flag collection! Be free from the shackles of humanity and embrace your nonhuman identity!

Need more information?
Back to top