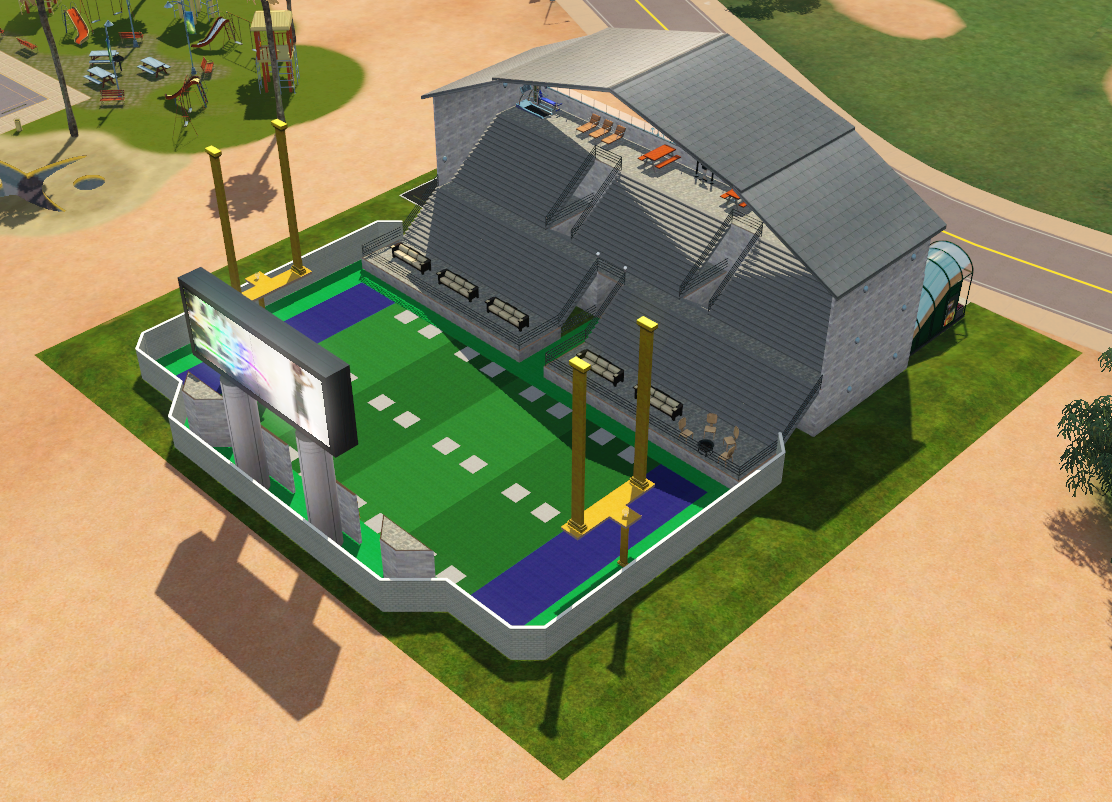 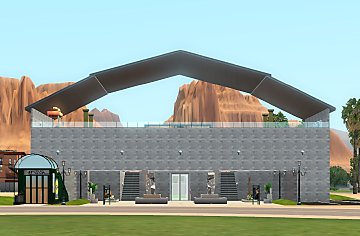 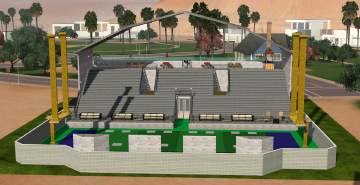 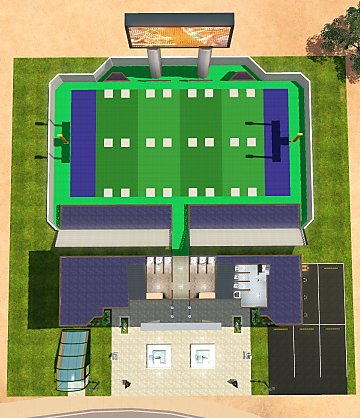 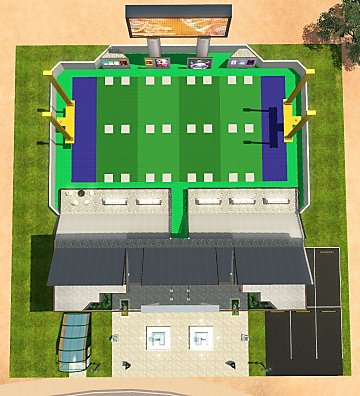 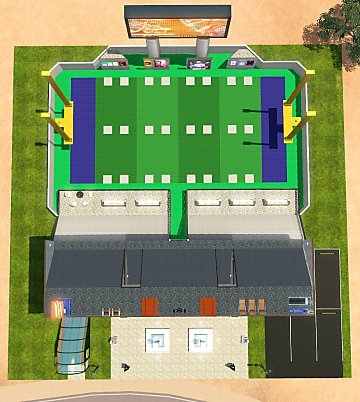 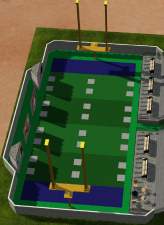 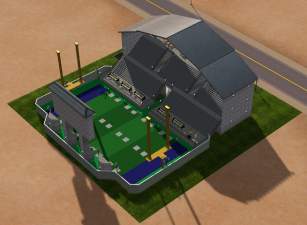 Created by Dandelion Sprout View Policy / About Me View all Downloads

A gridiron American football stadium with spectator facilities, designed for use with the inventory catch football from vanilla Sims 3. Now your Sims can play catch in a more suited place than just open parks.

Based on my 12 years of experiences with making similar lots (though this is the first one I designed specifically for public sharing), the field is 20x13yds with 3yd deep endzones (The maximum width that can be lit up with vanilla outdoor lamps), has "sideline banners" with various paintings, 2 locker rooms, and with bumpy terrain outside the stadium so the Sims won't try to play football outside the stadium instead of inside. The lot itself is 40x40 squares.

The lot was designed to be easily converted between vanilla and multi-EXP Sims 3 setups, and great care was taken to ensure that only vanilla TS3 items were used in the Vanilla lot version.

Vanilla lot version, for comparison with the main and frontview images:

If you need more info, see Game Help:Installing TS3 Packswiki for a full, detailed step-by-step guide!
Back to top