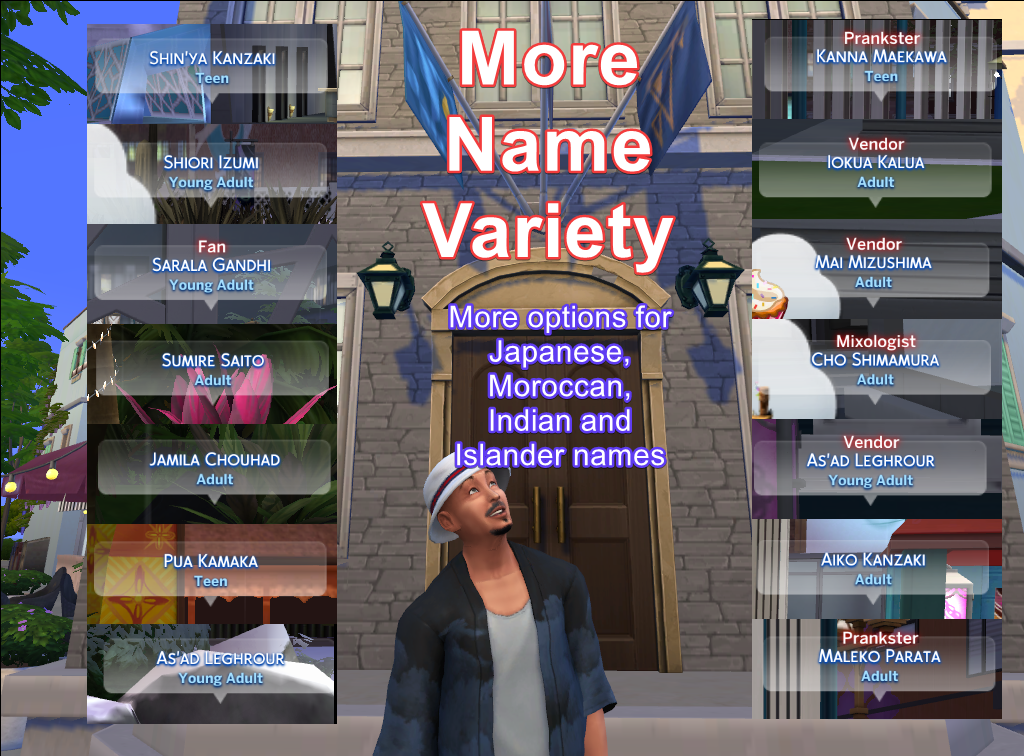 Created by Enkidu
View all Downloads
Uploaded: 17th Aug 2022 at 9:00 PM
This mod adds more names for the game to pick from when generating Japanese, Indian, Moroccan and Islander townies.

By default, if your sims visit Sulani, San Myshuno and Mt. Komorebi often, the game will generate sims to populate festivals, streets and to take part in activities. These townies do not get their names from the same list you have in CAS (randomized) but have separate lists of culturally appropriate names. These lists are short (some only 10 names long) and you may have noticed some repetition or have grown tired of seeing the same names over and over again.

This mod expands the following lists with names taken from census data. It does not replace the default names, it just ads to the lists.
I tried to include a decent variety of names on both lists and included some unixed names (that's why you may encounter a name in both the female and male names lists) .

These changes are only if you play the game in English. I didn't make any changes to the localized versions of the lists.
I think you might see the new names if you play in a language with a roman alphabet but I can't test.

No changes were made to other name lists.
Compatible with 1.90.375.1020 (Newest High School Years Patch)