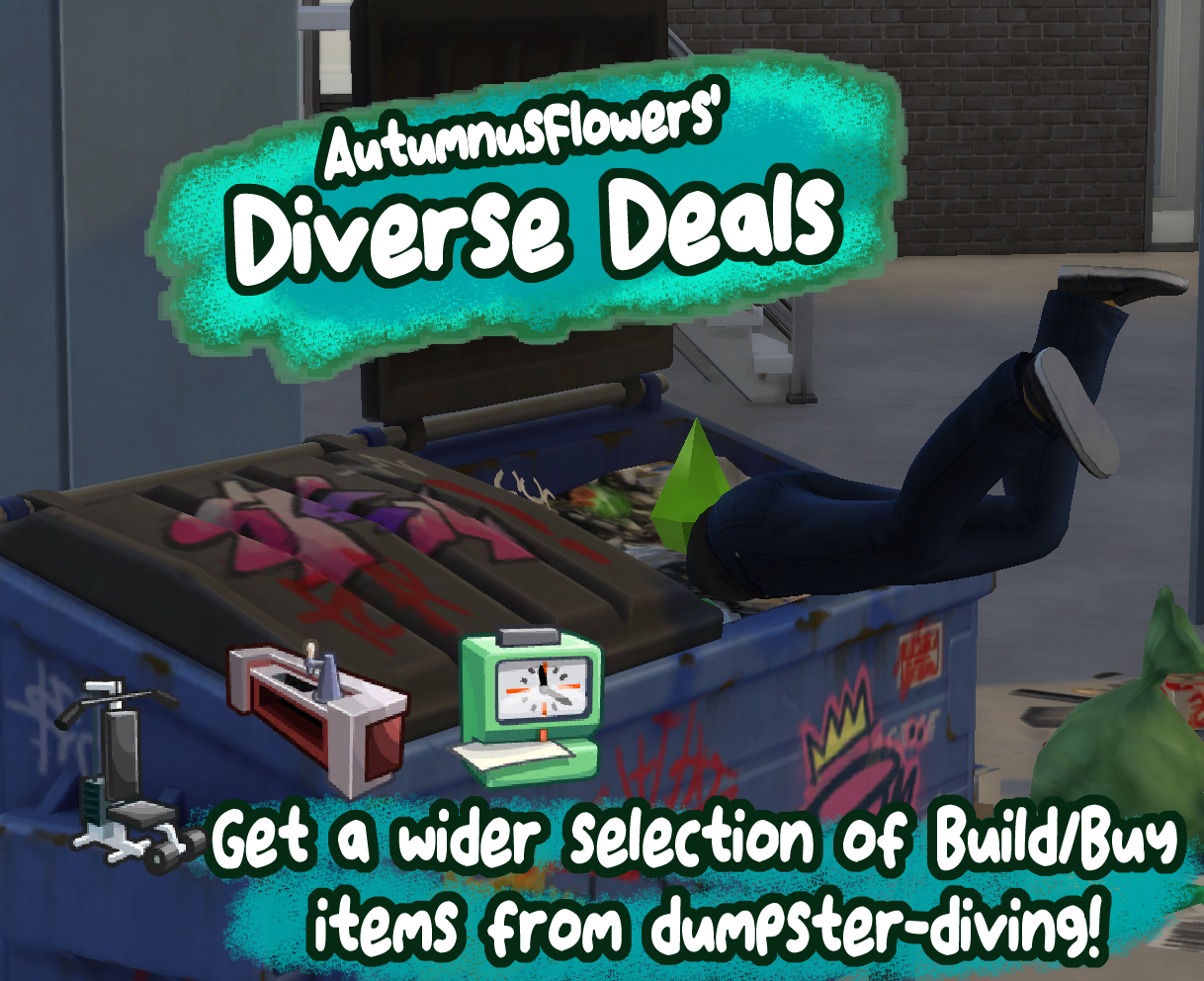 So as of lately, I have been playing a challenge I had created where my Sim can only furnish the lot using stuff they've crafted or gotten from dumpsters, and I often spent hours at a time grinding the latter.

But the problem is that some of the items I had actually wanted or would've liked either weren't available from Diving for Deals, had extremely limited options in regards to crafting, or couldn't be crafted at all. It made no sense that you could obtain high-end televisions, refrigerators, and expensive beds from dumpster diving, but heaven forbid you needed a new rug to bring your questionably-sourced living room together, or even a good book to curl up with and get lost in its disgusting, filth-caked pages.

I had also tried searching for any similar mods, but my efforts were ultimately fruitless. So, to remedy this, I decided to take up modding the game, and after much wrangling and asking questions, Diverse Deals was created!

So, what does this mod actually do?

In short: Diverse Deals adds a larger pool of items obtainable from the Dumpster by selecting "Dive for Deals". Beware--like most things, the items you get may be broken or damaged! The mod also features cross-compatibility with some other DLC, and as such, if you own them, there's a chance your Sim may get lucky and save certain pack items from becoming landfill!

Here's a list of items you can now get from dumpsters if you have no other DLC. Open the Spoiler to view them:


And here's some more specific items you can find if you have certain DLC. Ditto as above:


Special thanks to MizoreYukii, LeRoiDeTout, lot51, and whoever else was kind enough to pitch in the Creator Musings Discord while I was creating this mod. <3

This mod hopefully shouldn't cause conflicts with anything except for any mods that may mess with the Dive for Deals interaction in A Very Fine Dumpster.
Other Information