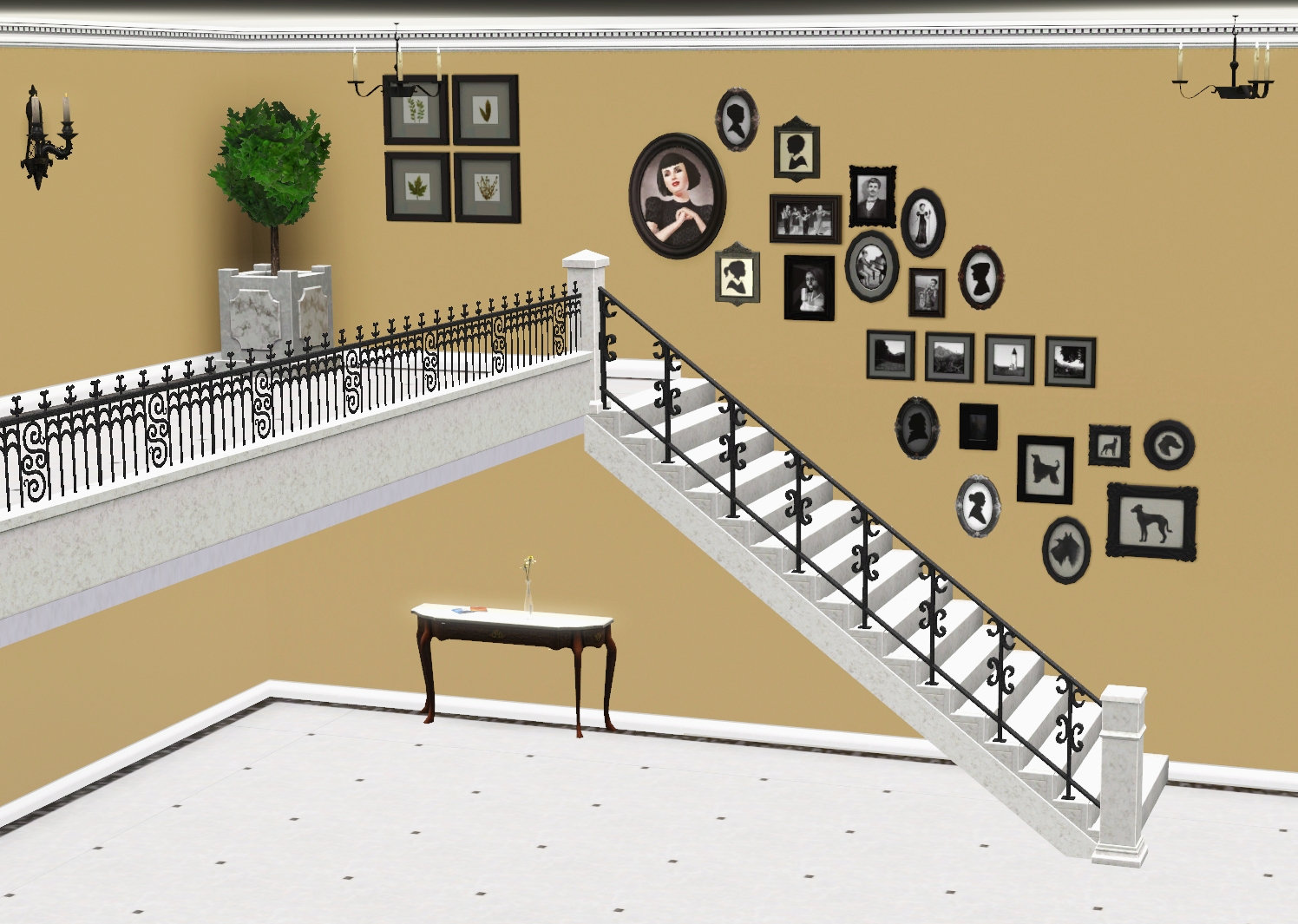 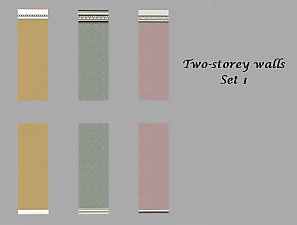 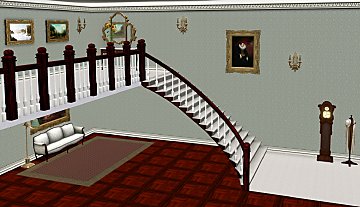 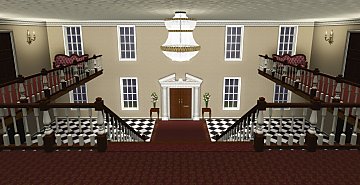 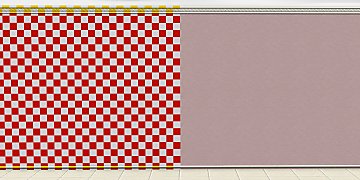 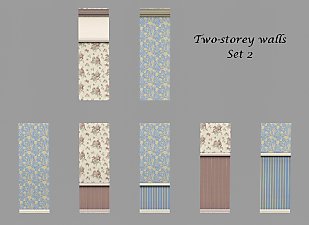 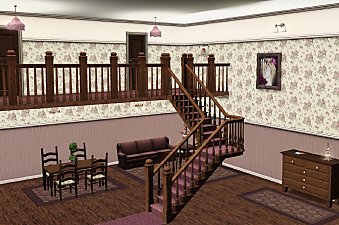 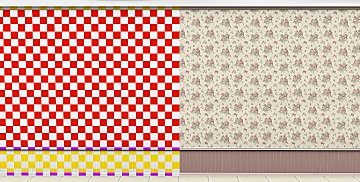 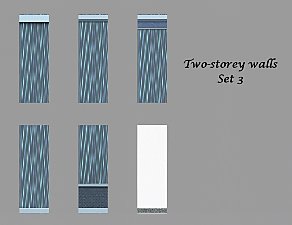 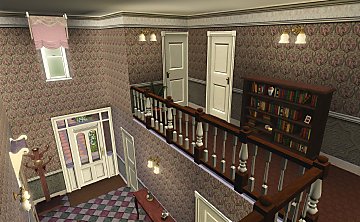 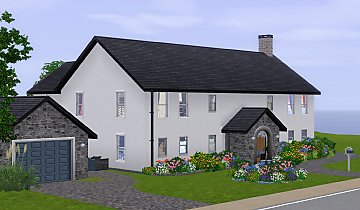 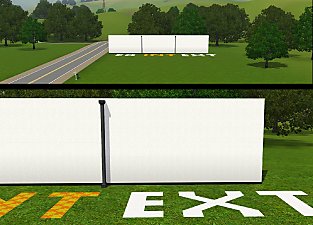 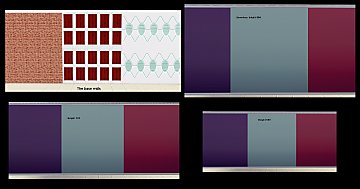 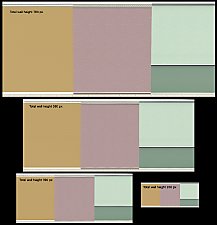 2,064 Downloads 90 Thanks  Thanks 14 Favourited 2,742 Views
Personal Picked Upload! This is a personal favourite of the creator!
Created by hazelnutter100
View Policy / About Me View all Downloads
Uploaded: 29th Nov 2022 at 12:55 AM
Updated: 9th Dec 2022 at 6:05 PM
This may be setting some kind of record for ‘longest time taken to make required changes’. I first submitted part of this set in mid-October 2016, when I was very new to wall creation. I’d been working on it for a couple of months and solved a few problems but the walls were still far from seamless. I thought it would probably take longer than a few days to get them to a good enough standard and asked to resubmit them later instead of trying to make the changes right away. I didn’t realise then how much longer it would take

. I returned to the project at intervals, trying out different ideas, but without making any real progress. Eventually, I gave up. Then, in August this year, I got back into making walls and started doing some serious experimentation.

The most obvious problem with joining wall (and floor) panels is that the game wraps the very edge of the pattern across to the opposite side. This means that a line of skirting/cornice colour appears across the join between the upper and lower walls. I’d addressed this very early on by editing the mask, adding a narrow border of the main wall colour (one pixel wide) to the top/bottom of the wall. This was completely hidden in-game and barely visible when building. Unfortunately, while it helped, it didn’t make the walls seamless.

A very, very long time later, I realised that this was because you rarely see the original wall in-game: it’s mostly mipmaps. And that single line of main-colour pixels blurred into the skirting/cornice, even in the first mipmap. After coming across a discussion of a similar problem in Sims 4, I tried playing around with different mipmap generation algorithms and found that ‘nearest’ gave a much crisper result than GIMP’s default (for masks, anyway. I later discovered that it was rubbish for the other textures and the default was actually the best option.) Using ‘nearest’ preserved the line of pixels at the bottom of the wall down to the fourth or fifth mipmap. Unfortunately, it was a different story at the top, where they disappeared immediately. Then I worked out that I could edit the mipmaps in GIMP and solve that problem. The seam was a lot smaller after this but still not invisible.

The recent test walls had been based on a barn wall, because I’d found that houses using barn-based walls would export and re-import without a problem. Was the remaining seam because that wall wasn’t intended to tile vertically? So I found two other walls – the foundation wall and the sci-fi wall with vent – that would also export and import but didn’t have such an obvious edge at the top and bottom. (Incidentally, I think the secret to well-behaved walls may be having only one preset.) I built upper and lower dentil-moulding walls based on all three and tried them out in-game. They developed identical seams on zooming out, suggesting that the base wall is unlikely to affect the final result. Next, I tried changing the width of the main-colour band at the top or bottom of the wall and got progressively better results with 1, 2 or 4 pixels. Increasing to 8 pixels wide was only slightly better than 4. This couldn’t be applied to a lower wall in-game, since even a second row of pixels was visible at the bottom of the wall. For upper walls, even an 8-pixel-wide band was hidden behind the ceiling when viewing in tab mode, although it looked a bit silly when building. I eventually settled on four pixels at the top and one at the bottom as the best compromise.

While playing around with some other walls, I noticed that the ones with dentil moulding had a more visible seam than flat walls with contrast bands at the top and bottom, even though the dentil mask mipmaps were much better. Did the other textures also influence the result? A few quick experiments showed that they did, so I also applied main-colour bands to the normal, multiplier and specular maps – and found I could get away with 4-px-wide bands at both top and bottom, because they were far less obvious than the mask, even when the modified wall was placed right next to the EA original. Editing mipmaps where necessary improved things still further and I finally felt I had something that was good enough to post. A small seam still appears when zooming out a long way but this would only be visible in very large rooms. It’s more apparent if there’s a strong contrast between the main wall colour and trim, with plain colours and some small contrasty textures (e.g. rough concrete) being far less forgiving than patterns. The viewing angle and lighting also have an effect.

The project had started out as a set of upper and lower walls to make two-storey versions of the base-game walls with dentil, egg-and-dart and twisted motif crown mouldings, for use in houses with the grander sort of entrance hall, but now it started to grow. A two-storey version of this wall might be useful. And what about that one? So now there are three sets, with a total of 19 walls. All of them can be found in the catalogue under Wall Sets.

The original set:These are all §7, like the original EA single-storey walls. Each has two recolourable channels and a single preset. The top and bottom halves are specific to each wall but could be swapped around, e.g. to go with my modified twisted motif wall, to blend in with different walls on the upper and lower floors or for an entirely two-storey room. You may find you have to adjust the colouring slightly, because the underlying colour of the original walls varies. This, on the other hand, was deliberately made as a mix-and-match set, based on the base-game walls with ornate crown moulding. There are two upper and five lower walls, all priced at §6.The beadboard walls have a different preset from the ones with a plain dado, so that they’re easier to pick out in the catalogue. The upper walls were going to have two presets each, to go with both types of lower wall, but that turned out to make them glitchy. So now the wall with just the crown moulding matches the plain walls and the one with a frieze matches the beadboard ones. The lower wall with just a baseboard and the upper wall with only the crown moulding have two channels. The others have three.

Set 3: the plainer ones

These are two-storey versions of the base-game walls with a plain baseboard:I originally made a completely plain wall as part of this set but realised that it was almost indistinguishable from Buckley’s fixed foundation wall. So I left it out and would recommend using Buckley’s mod if you want a matching plain wall.

The upper wall with the trimmed border has had the fixes from my mod applied.

There are, of course, EA walls with just a plain crown moulding or baseboard, so my versions may not be needed, depending on how the walls are being used – the seam between the upper and lower walls may not be obvious in a small hallway.

The upper wall with plain crown moulding, like the EA original, is a lighter colour than the others in the set. I didn’t alter this because the EA wall with plain crown moulding and baseboard matches it exactly. Instead, I adjusted the preset to be slightly darker than the other walls. Similar slight colour changes will be needed if using it in a build with other walls from the set.

The odd one out (with the white-and-grey preset) is another version of the wall with a plain baseboard, with a wider strip of the main wall colour at the bottom. It’s unsuited to internal walls, since part of the strip is visible above the floor, but was created for use on exterior walls, which will generally be seen from a greater distance. When zooming out, it stays seamless for longer than the interior-wall version and there’s only a fine line even with a plain wall and a strongly contrasting baseboard. Programs used: TSRW, S3PE, S3OC and GIMP.
Thanks to armiel for Builder’s Island, where most of the testing happened.
Files Need help with downloading or installing content? Click here!

– AddOn : Maxis Add-Ons (like an armchair that matches a Maxis couch)
Back to top

You are welcome to use my walls in builds uploaded to MTS (and I’d like to see what you do with them) but please link to the original post rather than including them in your own upload.