by Nopke Posted 21st Dec 2015 at 11:25 PM - Updated 3rd Mar 2021 at 7:55 PM by Nopke
92 Comments / replies (Who?) - 11 Feedback Posts, 7 Thanks Posts
Picked Upload! This is a picked upload! It showcases some of the best talent and creativity available on MTS and in the community.
The sun, the moon, stars or meteors can't be seen properly on the sky while playing on a lot if Seasons, any newer expansion pack, or Mansion and Garden Stuff is installed. This mod fixes it. Additionally, it provides better support for displaying neighborhood skyboxes and horizons on lots. 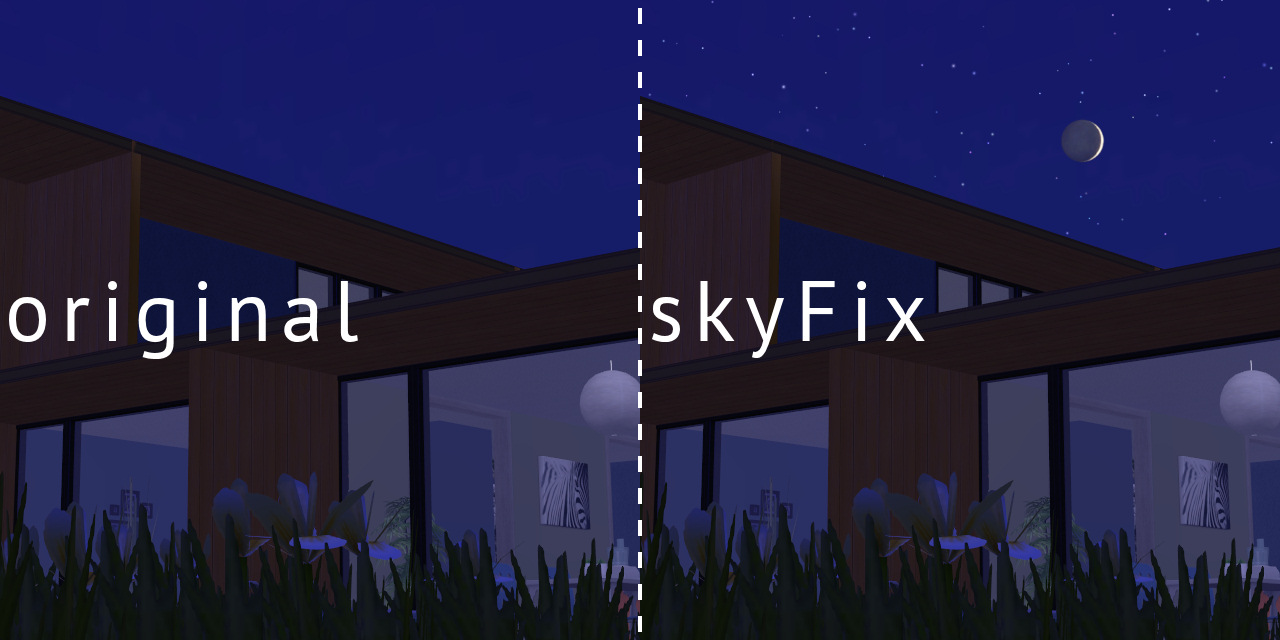 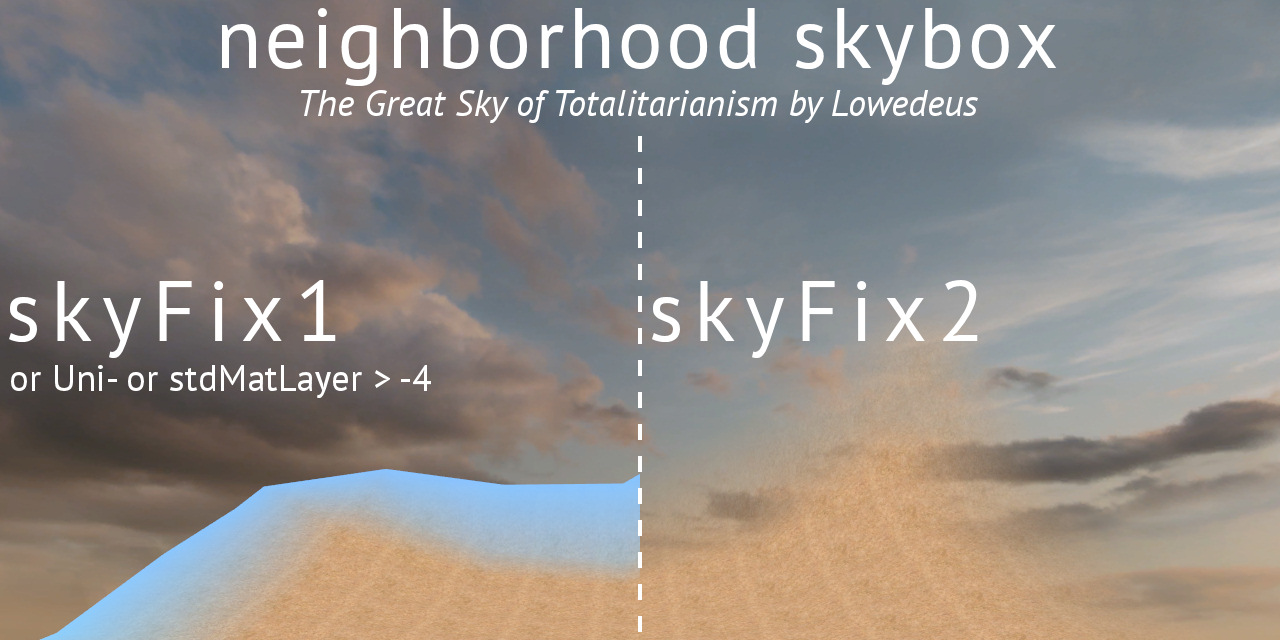 Known bugs
None caused by this mod, but there is a bug you can't see without the SkyFix in Seasons, a newer expansion pack, or M&G Stuff: double sun and double moon.


Use only one version of this mod.
Key: - File was updated after upload was posted
Need help with downloading or installing content? Click this link!
Don't forget to Thank the creator after downloading! Use the Thanks button located above the screenshots above.
Basic Download and Install Instructions:

Back to download view
92 Comments / Replies (Who?) - 33 Feedback Posts, 55 Thanks Posts
Hide Thanks Posts for this thread (Show only feedback)
Page 4 of 4
BeeTaisho
Lab Assistant
THANKS POST
#76

Finally! Thank you so much!
bivo
Test Subject
THANKS POST
#77

Thanks, it looks way nicer than Maxis' sky.
MamaTwinklebird
Test Subject
THANKS POST
#79

Thank you for this. I can't wait to try it. It's so annoying to have sims stargaze when there are no stars or moon at all!
Alex5

This mod is bugged, two moons and also, two suns too but i updated them but still bugs

but why is this still bugs? maybe any other mod has conflict with this mod or what

@Alex5 The double moon/sun bug isn't caused by this mod, it occurs since the base game. This mod just makes it possible to see it if you have Seasons, any newer EP or Mansion and Garden Stuff installed. I don't know yet how to fix it.
Trying to speak English well.
Q&A on Tumblr | Discord | Latest updates of my mods
Alex5

Wow, I remember discussing this on MATY years ago! It'll be great to see the sky again after all these years.

that's a great mod, I wish it could work for me

tried all the installation ways but I still have my boring empty blue sky.
Nopke

@kmccall Are you sure it isn't working? The sun, the moon and stars are quite high on the sky, you can't see them until you use the free cam (TAB key) or a camera mod. Make sure you put this mod into the Downloads folder and you haven't got any conflicting mods.
Trying to speak English well.
Q&A on Tumblr | Discord | Latest updates of my mods
Chloe2445
Test Subject
#87

Can anyone tell me how to use this skyfix mod in my game?
micisoft
Test Subject
#88

wich one do i download if i have ultimate collection?
Nopke

Thanks for this mod!
loonasimmer
Test Subject
#91

@loonasimmer This mod does not conflict with GRLS 2.4.
Trying to speak English well.
Q&A on Tumblr | Discord | Latest updates of my mods
horse14t
Test Subject
THANKS POST

This combined with the global clouds mod is freaking amazing, thank you!