by guidion Posted 8th Sep 2014 at 1:52 PM - Updated 18th Sep 2014 at 6:41 PM by guidion : spelling errors
26 Comments / replies (Who?) - 2 Thanks Posts
This is a Maxis Recolour which means that it is a recolour of an item that already exists in your game. Please check the Expansion pack requirements to see which game pack it recolours. 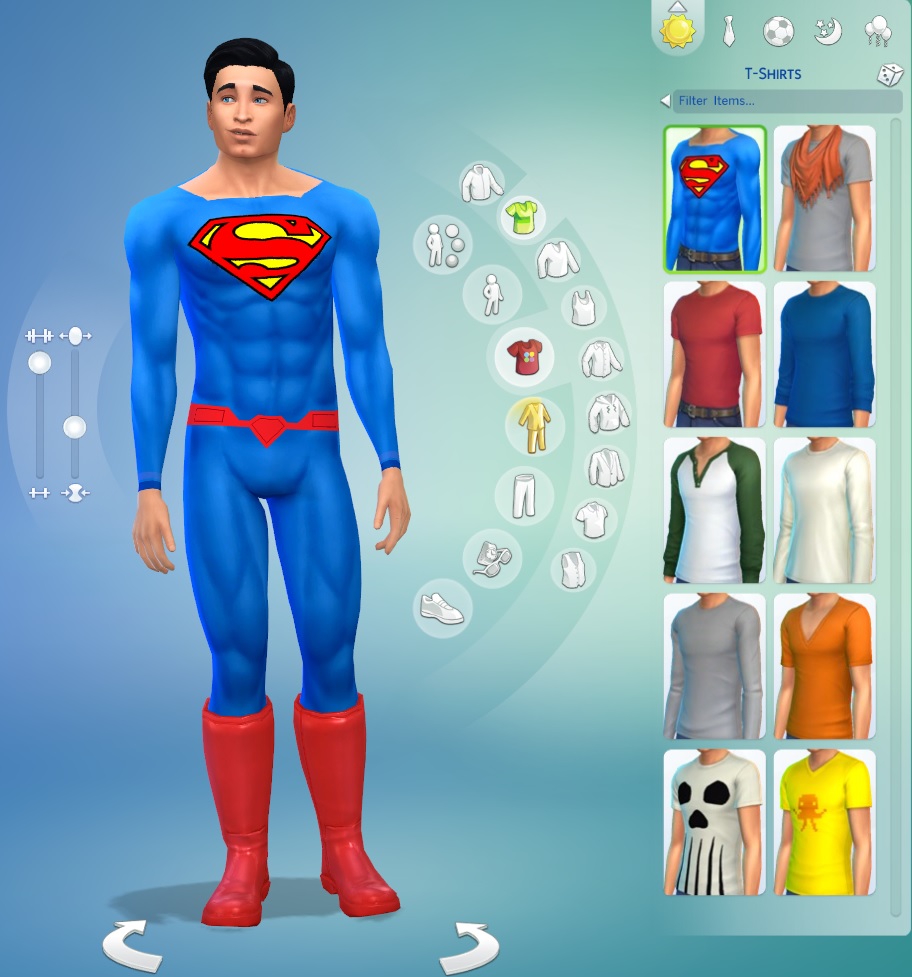 Clark Kent has just arrived in Sims 4 (or at least his Super-Suit has).

Now you can make the man of steel in your copy of Sims 4!

This download does not include a sim, just the outfit for Teens, Young Adult, Adult, and Elderly Sims. Capes are beyond me for Sims 4 still, hopefully they will be a possibility later!

I used Color Magic, and S4PE to create this mod, both can be found here on this site.

You can mix and match the outfit types, three examples are the one above, and these two: 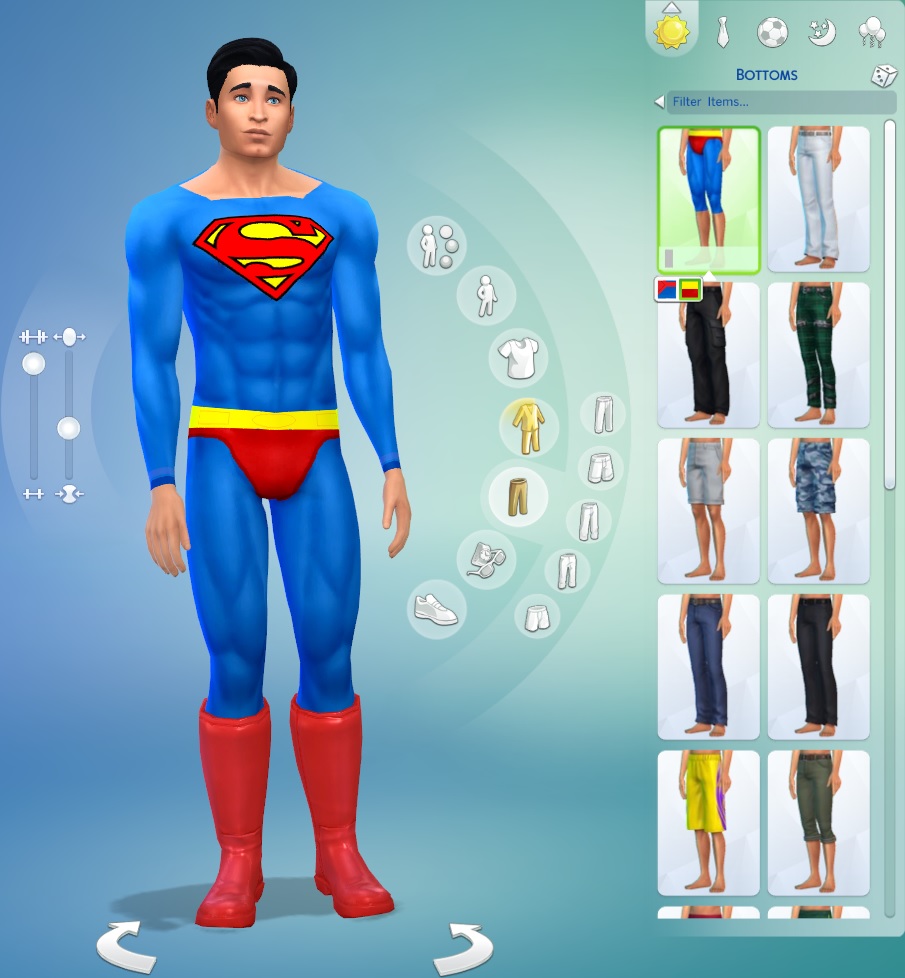 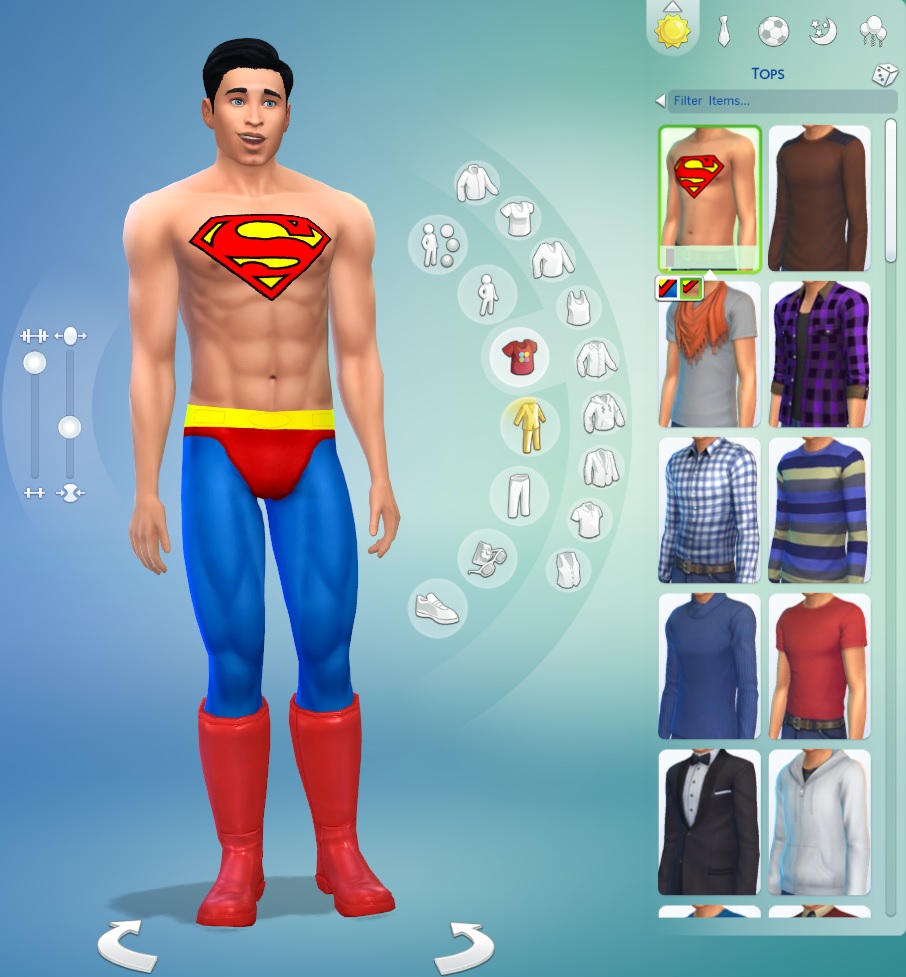 EDIT:
I originally used the Nude Male mesh to create this outfit, so as to not have anything weird with lighting and shadows, but recently discovered that has caused a problem. The problem is that if anyone creates a default nude replacement, the pants will use that for the bottoms, causing a rather x-rated Superman. I have updated the file to now use the Boxer-Briefs mesh (the same one I used for the Briefs that I released). I scrutinized this closely, and do not see any weird lighting so there are no noticeable changes to the bottoms (other than that I reduced the seams on the edges of the traditional ones as I found them a little too noticeable), and they still use the same swatches. I also discovered an Maxis-unused category called Leggings in Color Magic, and Skin Tight in game, and have moved the pants to that category.
The new/unlocked category: 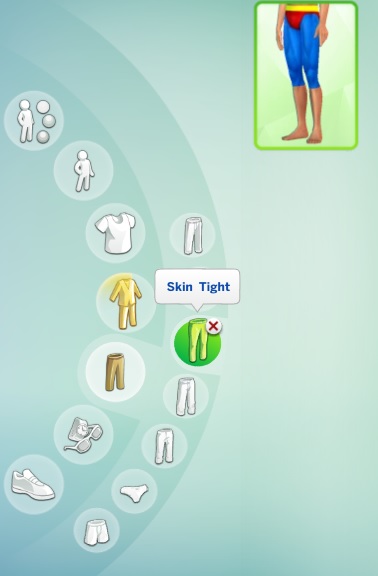 Need more information?
Back to download view
26 Comments / Replies (Who?) - 6 Feedback Posts, 19 Thanks Posts
Hide Thanks Posts for this thread (Show only feedback)
Page 2 of 2
pdrinmolinin
Test Subject
THANKS POST
#26

thanks again, is a great job!!! i hope more jobs of you..... Excellent
fetry
Test Subject
THANKS POST
#27