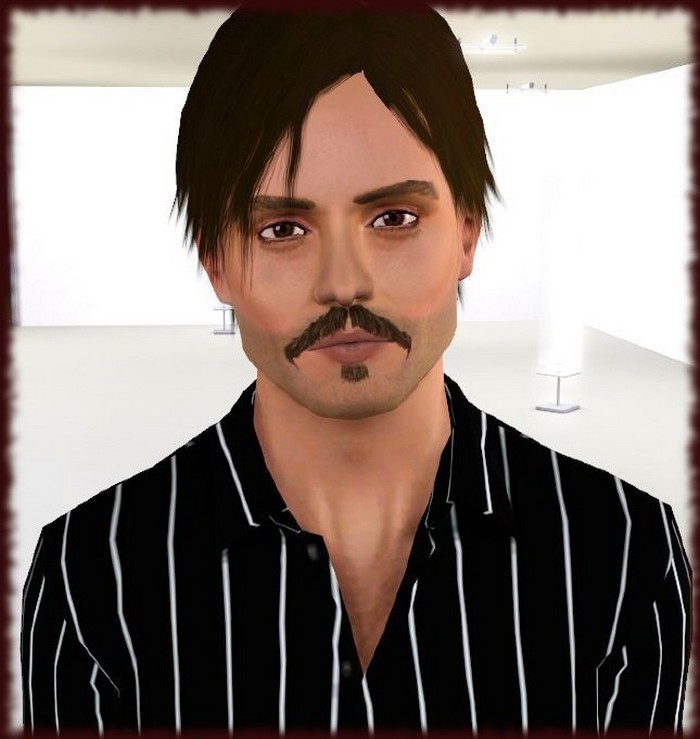 Back to download view
47 Comments / Replies (Who?) - 40 Feedback Posts, 5 Thanks Posts
Hide Thanks Posts for this thread (Show only feedback)
Page 1 of 2
flajko

Wooooo Hooo!
One next to another!
Two great creation approved at the same time!!!!
Thanks for this creation and for your help!!!!

You've done a brilliant job ..Mmm those lips are so kissable

he's such a cool movie actor, i love your sim, great work
lenasha

Many Thanks
This is one of the most awesome Johnny Depps I have seen! Really wonderful. Unfortunately, I cannot seem to get any sliders to work so I will never have this version. But, just wanted to tell you how much I appreciate the work you are sharing with us. Big Hugs, gbreez.

Oh, how do you figure out which lipstick and where the "download" link is on the page full of characters? I did not see an English translation button. TIA.
Jessica_2020

Great job! It looks just like him, I love how realistic he looks! Thank you!

Great. Just great. Now how am I supposed to have my Sim be faithful to her husband when she's got THIS walking around town being sexy?

Congratulations !
He looks so amazing!
Great job Monica! [ as usual ]
he is just so perfect!

Great job! He looks fantastic!
Facebook! | Find more of my stuff at my blog! | Tumblr | Donate

You have done a GREAT job! I'm ditching my version of Johnny for this one, lol. I don't think anyone will be able to top this version ever. I think you really captured him in the eyes and that is always hard to do. Excellent work *applaud*
Visit My Sims 3 Blog!
Download Bella3lek4's TS3 Facial Sliders At My Blog
Ultimah

Nice job. He's the best actor, hands down...i'll probably be happier than he when (if) he wins an oscar.
Esmeralda

Excellent work as always, a great resemblance, thank you! I think I'll put him in my pirate hat and dreads and make him into Jack Sparrow for my game, ha ha!
monca533

He'll be amazing! With your creations. Thank you my friend!

Sorry for late reaction: Congratz with uploading Johnny!
You've done it really well. Much better than the other versions.
Truely amazing!

He looks fantastic!
Sometimes the Dragon wins and I AM the Dragon!