Ever wanted to throw a party for your whole vampire household and invited one or 2 sims over to drink from?

Then you know the pain if you have more then 2 vampires who are hungry and cannot feed on that invited sim, because he/she was already bitten and drained from their plasma. Well this has been lifted. Now you can create your very own The Vampire Diaries drinking sprees, let the ripper come out and play a little bit with the prey! But be careful, it is not tested yet if excessive drinking can kill sims! Because if you drain them and they have low levels in their emotions, they may die. Which would be a "good" thing for deviant players!

04.04.2017
I've uploaded version 3 for stronger Plasma food! The package contains all the foods. Plasma fruit, Plasma Salad, Plasma Packs and Plasma Jane!
Second update for today, I've uploaded version 2 for the No Mentor Timeout! This time the function will truly never disable and your vampire can ask the mentor as many times as they like!

04.03.2017
I've uploaded a new Optional file called: Tanja1986VampiresNoDeathSadness_ClubsWontUseDrainLifeSpirit.rar
This adds the following features:
1. No autonomy for Deadly Drain Life Spirit
2. Clubs won't use it on their own
3. You can kill anyone with Drain Life Spirit
4. No sadness from vampires, no more stupid mourning for them!
(don't use this with any other Deadly Drain Life Spirit module)
Thank you so much for testing the mod for me @AlfredFJonesWorldHero

04.01.2017
I've uploaded a new optional file called VAMPIRES_Faster_Transformation! In my test the transformation which usually takes about 3 days or so to finish, only took my Sim 1 day. She turned the same day a vampire offered her the dark gift!

02/05/2017
I've uploaded a new optional package which allows the mentor interaction to be active forever, no more timeout. Please test if it is working as it should and let me know. I just created this and would need to jump inGame to test it myself, but I am on the run soon and won't be back until the evening again... Enjoy!

02/02/2017
I've uploaded a new version for the deadly Drain Life Spirit interaction. Some people reported that it did not work for whatever reason. So I just re-created the file and tested it with a newbie vampire, who I cheated up to Master Vampire and gave him the Manipulate Life Spirit power. Afterwards I used it on a random townie and he indeed died of exhaustion! Version 2.0 should work.

01/30/2017 - 2nd update
I've uploaded a new autonomy mod, this will contain all things autonomy later on. So far I've successfully tested Dark meditation and Offer to turn. My sim was turned by Caleb Vatore automatically as they went on a date together! So it definitely works! Please make sure not to use this version with the stand alone for Dark Meditation, as it edits the same file! Also it only works if the vampire has the Vampire Creation power activated!

01/30/2017
I've uploaded another deadly "Drain Life Spirit" mod which is again optional. There are now two options, Sims will die of hunger or exhaustion. You cannot have both, so choose the one you prefer!

01/29/2017
I've just uploaded both version with relationship loss and without again, because I was aware of an error that was caused by those mods. I think I fixed the error and therefore uploaded new versions. Please delete the old ones and add the new versions! Don't forget to delete the localthumbache.package, as it could save the old versions and messes things up!

01/28/2017 - 2nd update:
I've uploaded a new optional pack for the mod, this time I got a nice little gift for deviant players! From now on the "Drain Life Spirit" interaction will cause the death of a sim. The death cause is "hunger". Have fun on your killing sprees!

01/28/2017:
I've uploaded a new optional pack for the mod, which makes the "Ask Permission to drink" interaction 100% successful. I've also added a nice little touch, before a sim is bitten he will perform the excited reaction rather than the angry one! You can now drink as much as you like per permission!

01/27/2017:
I've uploaded a new version of the Plasma Pack mod. I also renamed it Stronger Plasma Food, since I've added the plasma fruit as well. The original value was 18.25 and I changed it to 80.0. So the fruit will also give much more fulfillment to the thirst!

01/26/2017:
I've uploaded another wished for mod addon, which is optional. It gives much more fulfillment to drink Plasma packs from now on! The medical plasma gives the most, Frog & Fish Plasma packs give a little less, but much more than original!

I've also uploaded a second flavor of this mod. It's the same as the base version, just with the little addition that sims who see you using Deep Drink on anyone else won't lose their relationship with you because of it. 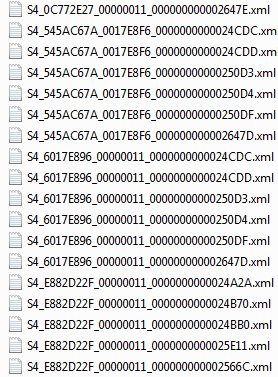 Built with Game Version: 1.26.96.10
Key: - File was updated after upload was posted
Need help with downloading or installing content? Click this link!
Don't forget to Thank the creator after downloading! Use the Thanks button located above the screenshots above.
Basic Download and Install Instructions:

Need more information?
Back to download view
393 Comments / Replies (Who?) - 257 Feedback Posts, 106 Thanks Posts
Hide Thanks Posts for this thread (Show only feedback)
Page 10 of 16
jinklebell
Test Subject
#226

Can you please update this module too? Tanja1986VampiresNoDeathSadness_ClubsWontUseDrainLifeSpirit
Schokokuchen
Test Subject
#227

I would love that too!

Okay, but only because you asked nicely

Could you please update the autonomy one?
Dunno if it's working or not but other autonomy mods crash my game.
Maars
Lab Assistant
DELETED POST
21st Nov 2017 at 12:08 PM

This message has been deleted by mars97m.
masterkeeper
Test Subject
#230

Can you update Drinkallyouwant no loss of relationship? Thanks
Maars

If your sims are feeling thirsty, they can now once again drink whenever, wherever (we're meant to be together

Quote:
As far as I can tell from the XMLs, it shouldn't require updating.
masterkeeper
Test Subject
#234

No news about updating of: Drink, drain, and turn without restrictions
by PrincessVee?
Maars
Lab Assistant
DELETED POST
23rd Nov 2017 at 8:50 PM

Quote:
I've read the comment about the needs, but the XMLs make no reference to them. So I don't think there's anything that actually needs updating (but I might be wrong).
alfredfjonesworldhero
Lab Assistant
DELETED POST
26th Nov 2017 at 10:28 PM

Thank you @mars97m for the updates! I know the owner of the mod is not able to be online all the time for personal reasons.
Frimlin

Quote:
Quote:
You're very welcome. A shame that these downloads don't add to my total downloads count (I need me sum achievements!

awh ('◠ ' ) one of the main mods i used is still outdated.. @mars97m - i can test it for you if you want ('▽ ' )
either way, thank you for updating the other ones at least - extremely appreciated

As it turns out, autonomy for this mod was actually not that tough to test, since it's only one interaction.
So... I've changed my mind.

P.S. apologies to whoever is making the updated mods list on SimsVIP, I'm just a very indecisive person.

it's no problem at all! Great job on all the updates!

Origin ID: ScarletQueenKat
SimsVIP Broken/Updated Mod List Keeper - Tracking the status of all mods in the community so you don't have to!
Sunfall
Test Subject
#243

Thank you for this!

I've been trying to figure out a way to stuff some features similar to "DrinkAllYouWant" and "AskPermissionSuccessful" along with a few other things into a trait that some sims can have where they are eager to be fed on by a vampire and gain buffs from the "Blood Doll" lifestyle. I've never modded for The Sims before, so it looks like a bit of a steep learning curve. I used to code a long time ago, but the language wasn't Python.

Some of the other changes I've wanted include a +1 happy buff while near vampires, a +2 happy for 2 hours from being fed on, and a +4 happy and dazed for 2 hours from a deep drink (instead of a forced snooze) but balanced by hunger depleting at 150% normal speed. Also thought of adding an interaction to "Offer wrist for a drink" so that they can offer to vampires, who would agree so long as their thirst is below 90% and the relationship is positive. Maybe also enhanced romantic relationship bar increases for romance interactions from vampires. Looking forward to some vampire drama over romantic conflicts.

Any advice you can offer?

Quote:
Look here, this is the new (WIP) version of the old Buff and Trait Factory program by zerbu. I've never used it, but it seems to be what you're looking for

Any chance of Tanja1986VampiresNoDeathSadness_ClubsWontUseDrainLifeSpirit.rar being updated? Please?