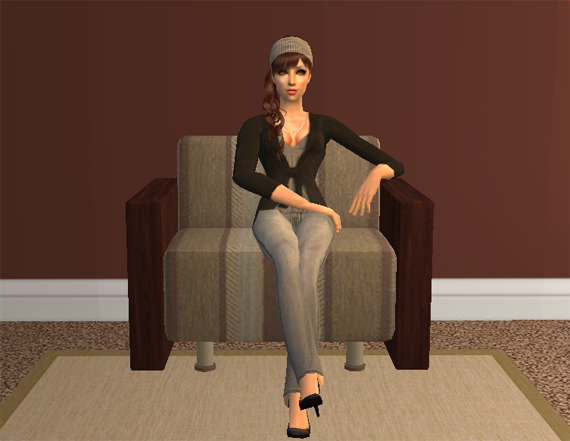 Back to download view
242 Comments / Replies (Who?) - 215 Feedback Posts, 23 Thanks Posts
Hide Thanks Posts for this thread (Show only feedback)
Page 1 of 10
CatOfEvilGenius

If you're not sure if it works with the base game, try Numenor's BaseGameStarter. You can also try his AnyGameStarter to test with different EPs. I hope lots of folks help you test! Looking forward to more from you.
Please spay or neuter your pets. --- Cat Music Video! --- my meshes
Jake Lucas

Thank u 4 this, I will test it out

Many thanks! Looking forward to testing out anything with more poses. Hopefully they won't be set to "overkill" before I get at least some chance to use them. :D
Contests? Challenge? Custom Content?
Find it all, and more, in the link below!
(~☼ Sim Oasis ☼~)
Simgaroop

Thanks for this new mod! I'll also love to try it out!
bunnylita

Hey! Is the same version you posted over at sims99, or have you updated since that version? Just wanted to know before I downloaded it.
Trendy_Hendy

Yeah, it is, I just put it here to see if I could more people to test it

nicely done I'll have to try it.
bluemoon11

This is great! I'm snagging it for sure.

edit - something I know would be useful for storytelling and such is some more dead-looking poses, besides just the 'passed-out' pose and the 'curled-up-dead' pose, both of which are good but don't provide enough variety for those of us who like writing sim stories with lots of dead characters. There's my idea, anyway.

There are two means of refuge from the miseries of life: music and cats.
-Albert Schweitzer
jenniferpink

Holy crap this looks awesome. I'm so looking forward to the finish version.

I will bare that in mind

*looks up bond and horror films for ideas*

I am looking forward to testing this out in my game! Thanks and I will let you know how it goes! I have been needing something like this for my story!
DeLaNoche
Test Subject
#14

Thank you so much. These will definitely come in handy for my new movie/music video. I look forward to testing them.
simmer22

this is JUST what I needed for a story I'm doing

and I love that it's usable for children and up. not many pose hacks are.
thanks a bunch!
My site - TS2 baby stuff - ToU

Wow! Can't wait to try it out. Thank you so much!
LadyMari
Test Subject
#17

How depressing! This is really great, I'm going to try it out, any trouble and I'll let you know.
Trendy_Hendy

Awesome, thanks a lot

Also, can you add poses like this and this? I know it's not 'depressed' pose but figured I'll mention it just in case you want to make something like this

No problemo, shooting somone can have something to do with depression, I'll give it a go.

This will certainly come in handy as I'm not very good with poses and overlays. Thanks!

This is so cool! I can't wait to depress my sims!! :D
jenniferpink

Totally awesome and great job on it. I was wondering how do you get the sims to keep the gun in their hands. Afterward the gun disappears and the sims snap back to normal. But still an awesome job. Thanks.