by vindicatedmess Posted 31st Mar 2009 at 1:25 AM
21 Comments / replies (Who?) - 19 Feedback Posts, 2 Thanks Posts
Picked Upload! This is a picked upload! It showcases some of the best talent and creativity available on MTS and in the community.

Jessica Claire Biel was born on March 3rd, 1982 in Ely, Minnesota.
She is an American tv/movie actress best known for her
role as Mary in 7th Heaven. She then moved on to film and starred in
Ulee's Gold alongside Peter Fonda. Following that film, she appeared in I'll Be
Home for Christmas, The Illustionist and I Now Pronounce You Chuck and
Larry.

It is rumored that Biel will be collaborating with boyfriend Justin
Timberlake on recording an album. She has denied the reports. Though
she will perform the role of "Sarah Brown" in the fully-staged concert
production of Guys and Dolls during 2009. Biel is very private with her life
and is always the talk of the paps while under the wings of Timberlake.
Her upcoming projects is Nailed with Jake Gyllenhaal and Planet 51. 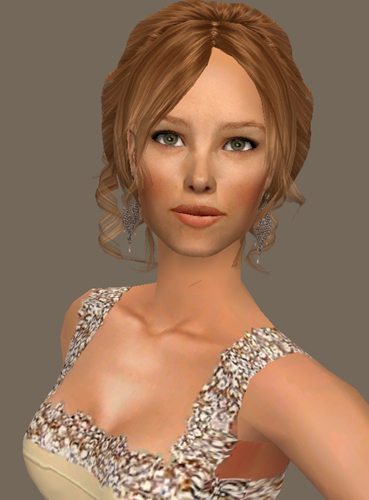 Outfit and Earrings by Justsims2 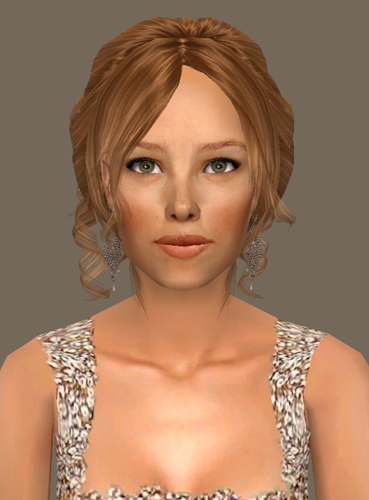 *Please read Policy on my Mts2 page! Thanks and enjoy!*

Back to download view
21 Comments / Replies (Who?) - 18 Feedback Posts, 2 Thanks Posts
Hide Thanks Posts for this thread (Show only feedback)
xdEaDbLoOdx

I hate her (and all other celebrities who aren't in bands), but this sim looks just like the person. Perfect likeness.
His Eyes were Green. As Green as Oak Leaves in Summer.
suddenpink

hmm i dont like Jessica Biel .. but you made her just fine

Not a huge fan, but amazing resemblence


or some of my photos

I'm an old woman, I don't even know who she is. But your sim is just breathtaking. She's even prettier than the photograph.
NightlyEMP

Unlike the others, I love Jessica Biel! You did an excellent job on her!
Nightly
"...because as you know, Betty is the God of Arm Hair."
pinkykitty

I'm also not a big fan of her but did you did a AMAZING job!

Can you let us know where to get it form on the new site of theres.. and by the way you did a great job... I loved her when playing mary on 7th hevan. Can you do her sister that play on there and her husband. I would love to see that....
reflexsimsforum.com/showthread.php?t=21665&page=2 (non-MTS2 link)

Go to the site. Register or Login. Count from the top all the way to the 6th one. That should be the hair. Here is the name/title:

She's done very well; her facial structure is so similar and her skin is done nicely so she doesn't have that 'lumpy' look that can be caused by poor photo-skinning. Kudos <3
Blue_butterfly

She looks so real, cheers!
tbdfan1

the mesh link. it won't load for me. everytime i try to get to it it says connection failure. i was really hoping to use the amazing sim you made too...
vindicatedmess

MTS2 has been running really slow lately. I tried downloading other stuff too. It takes forever!
rottingcorpse23
Test Subject
#18

why isn't this a featured creation???
so many people try to recreate celebrities without even a fraction of the likeness you've achieved here. great job!!
larsson1970

My Avatar? It's Corto Maltese - a pirate but a gentleman! His name stands for honor, honesty, confidence and the truth: THE TRUE FACE OF TSR
GoJr88

I love Jessica Biel and your creation is the best I have ever seen. Thank you for posting her.
nautica187
Field Researcher
THANKS POST
#21

Beautiful, Thank you so much