by Randir Posted 2nd Apr 2010 at 7:14 PM - Updated 2nd Apr 2010 at 10:32 PM by Randir : Fixed some tags and grammar issues
11 Comments / replies (Who?) - 7 Feedback Posts, 4 Thanks Posts
This is a new mesh recolour, and means that you will need to download the particular mesh itself in order for this to show up in your game. See the Meshes Needed section or read the text for more information.
Picked Upload! This is a picked upload! It showcases some of the best talent and creativity available on MTS and in the community.
Randir is back with some more trendy clothing for the Sim guys. Without wasting too many words for useless stuff I present you: 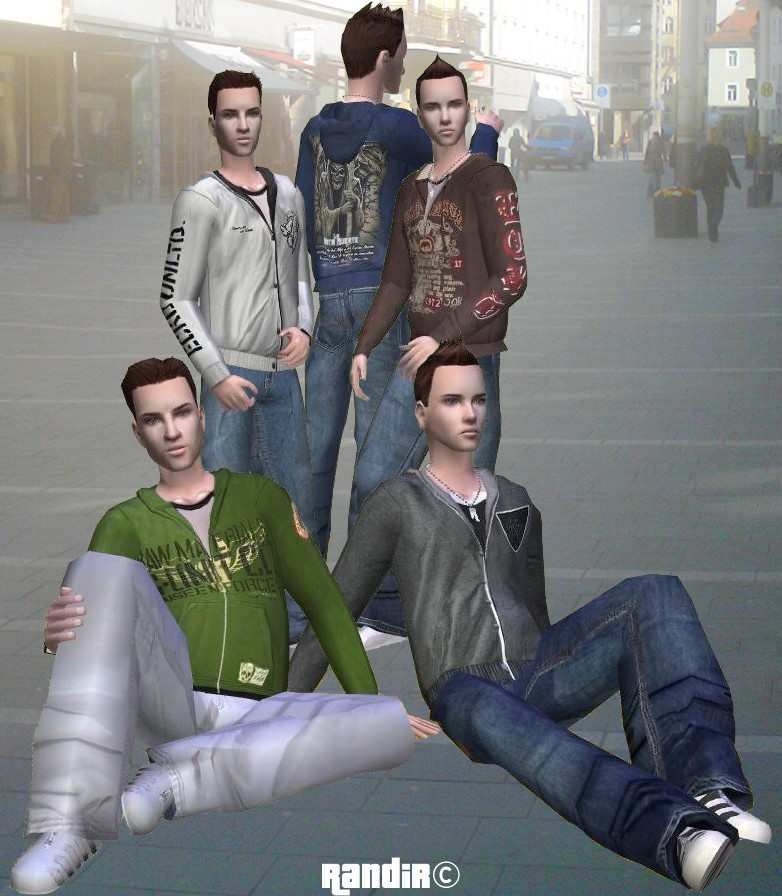 It uses a mesh from migamoo so you have to download the mesh from the link below to make my hoodies work properly. Even if the creator of the mesh marked it as "H&M stuff required" you don't need this SP because it's a mesh separation from this SP. I haven't it either and it works.

Set of 8 H&M hoodies for your men by migamoo

Back to download view
11 Comments / Replies (Who?) - 6 Feedback Posts, 4 Thanks Posts
Hide Thanks Posts for this thread (Show only feedback)
joninmobile

Thank you for these! I think they make the game feel more realistic....with the logos and details...my teen male sims thank you too! I love all of your creations, thanks so much!
joninmobile

I know I already commented, but I just wanted to say that all of your clothes are extremely high quality! I was looking at this particular top in game, and I was just floored at the details. You are so talented! You've certainly found the right place to upload, as mts is concerned mainly with High Quality creations.
Ms5starchic23

All the respect and the admiration for the designer.
Awesome clothes, thank you!
isabellachic72
Test Subject
THANKS POST
#8

Specially Loved the Teen Version
Too bad my Sims an Adult

They are just awesome. A recent sim I made is wearing your grey one on his display pictures; I will link people here so they can get it. I love the white one too. Thanks for sharing.
Craft90
Field Researcher
THANKS POST
#11


These recolours may or may not be endorsed by Randir.