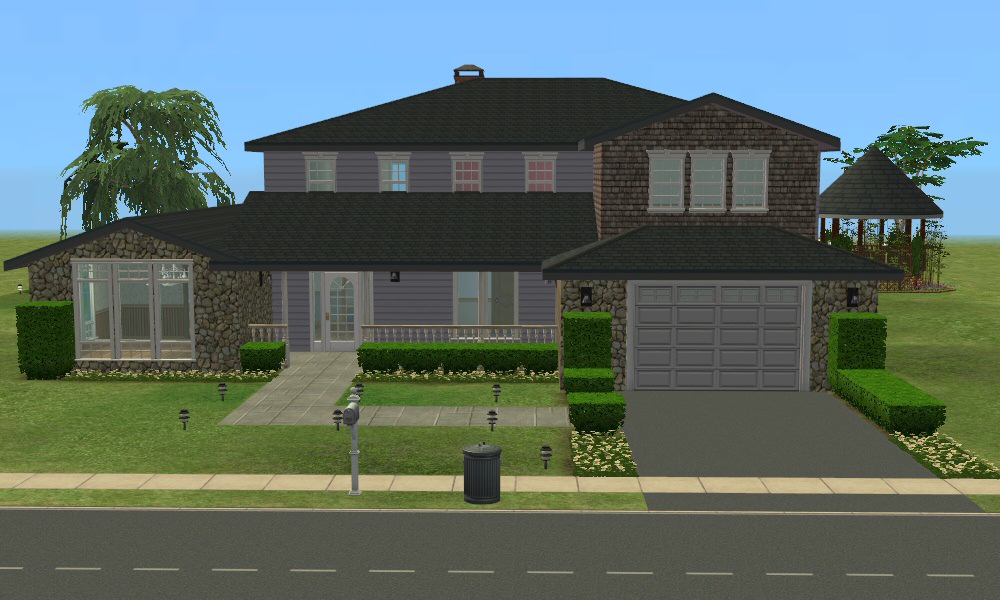 Welcome to fancy living! As you can see, the yard is landscaped. In back you will find a pond and a gazebo, as well as plenty of space to expand, or put in a pool or greenhouse! 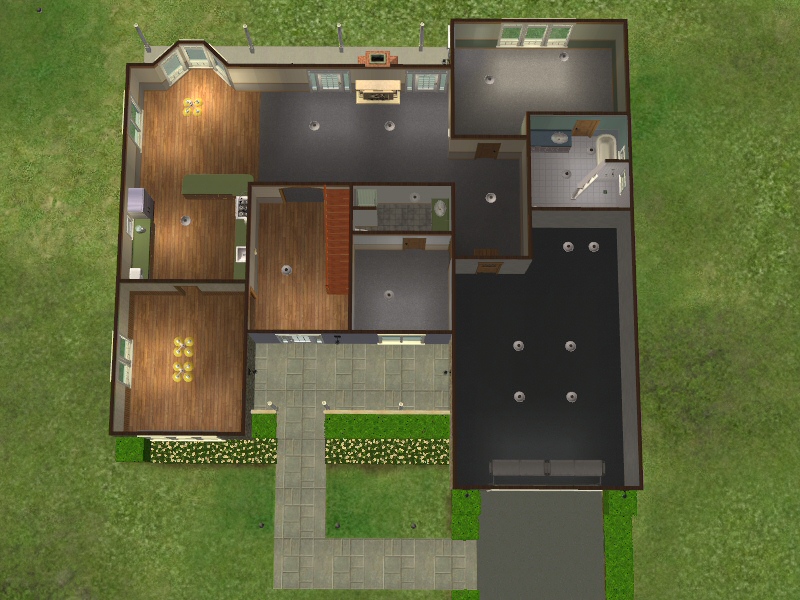 Here we see the first floor layout. As you can see, the garage has a nice space at the back for exercise equipment or crafting benches. The master suite is above the garage and has both a shower and tub. To the immediate left of the garage entrance is an in-law suite, though it can be used for pretty much anything. The foyer opens to the living room, complete with fireplace, as well as the dining room (though that can also be used for anything). Above the dining room is the kitchen, complete with bar, and a breakfast nook that shares a room with the living room. 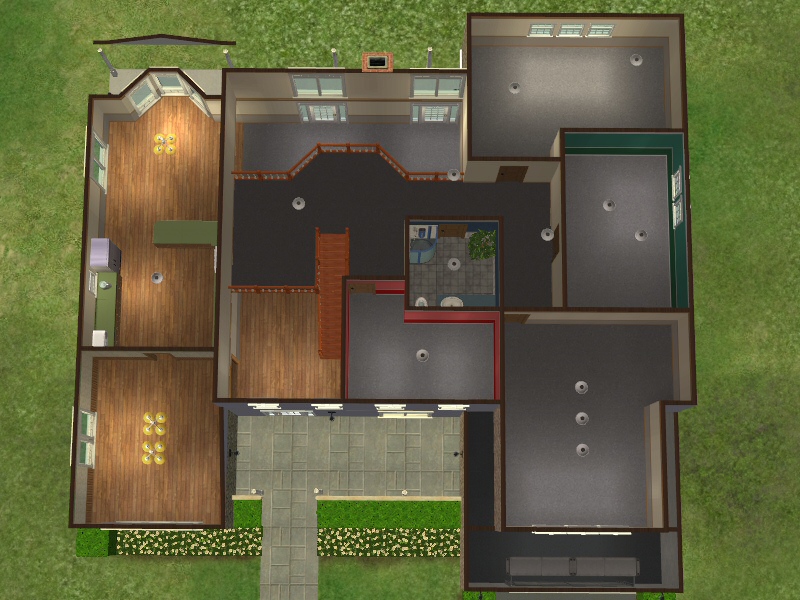 And here's the upstairs. On the left side, there's plenty of space for skilling objects, and it overlooks both the foyer and the living room, the latter with a small balcony. Also included in this design are 2 - 4 bedrooms and a hallway bathroom. The "extra" bedrooms can be used as a study, game room, or nursery, or really anything you can dream up for them.


This house is custom content free, so feel free to redecorate your little heart out! The house also comes with fixed furnishings, including lights, a phone, a fire alarm, and a fully functional, top-of-the-line security system.

Back to download view
12 Comments / Replies (Who?) - 1 Feedback Posts, 10 Thanks Posts
Hide Thanks Posts for this thread (Show only feedback)
triciamanly
Alchemist
THANKS POST

What a gorgeous house! And inspirational for those who love to decorate!
Munchiez
Test Subject
THANKS POST
#3

This is quite a lovely home here. Thanks!
Kadana
Test Subject
THANKS POST
#4

This is a gorgeous house. I've been looking for more homes for my game, and most of the larger homes I see just don;t "fit" in my current neighborhood. I think this one will work just fine there, thank you so much!
LadyAngel

What a lovely home...I love the simple landscaping!

Wonderful! I love it! Functional and pretty!
purepalooka
Test Subject
THANKS POST
#7

Look at that gazebo... wonderful!
Pepyhorse
Test Subject
THANKS POST
#8

How can I make a roof like this? Cuz my roofs are all tall, and I'd like to have kinda roof. Could someone help me? Thanks
thelobster
Test Subject

Bring up the cheat window and put in roofslopeangle (15-45). This was "roofslopeangle 30". It was actually supposed to be 20, as you can see in my LJ post of it (which is cheaper but has no gazebo or pond). But 30 didn't mess it up TOO badly, except that the windows in front on the second floor are slightly covered. (In my LJ post, they were completely uncovered, barely.)

EDIT: Also, thank you so much to everybody that commented, faved, thanked, and downloaded! I'm glad this was such a hit! <3
stonee206
Lab Assistant
THANKS POST

You are a godsend. I like building small lots, but I'm completely lost on big ones. This is exactly what I need for my newest family. Thank you so much!
potstickers
Test Subject
THANKS POST
#12